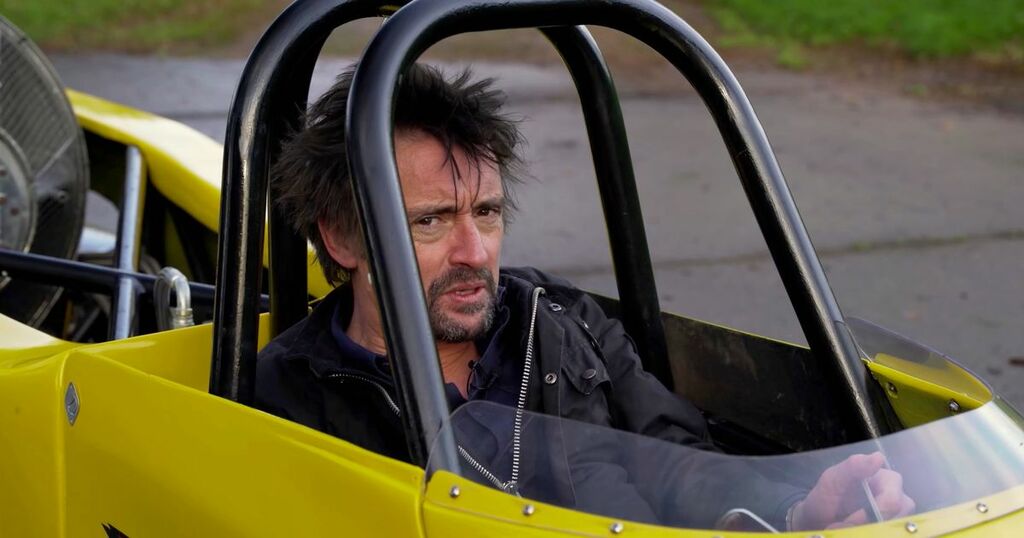 Daring Richard Hammond has got back behind the wheel of the car that nearly killed him in 2006.

The TV presenter, 52, shocked fans as he revealed he had done the thing he said he would never do after his crash in a Vampire Dragster in 2006.

Hammond was in a coma for two weeks and suffered a brain injury, in addition to experiencing post-traumatic amnesia from the incident.

After the front-right tyre failed at 319 mph, the car flipped over, damaging Hammond’s eye and requiring him to be cut out with hydraulic shears and rushed to hospital.

Despite the life-changing issues it caused, on Monday (10 January), he was back posing with the jet-powered car in a new video was shared on the DriveTribe YouTube channel, which is owned by Hammond, Jeremy Clarkson and James May.

Teasing the channel’s content for 2022, Hammond said that he would be “doing what I promised myself I would never do, and get back into the Vampire dragster that so very, very nearly killed me”.

“Hello again,” he greeted the vehicle, joking: “You look in better shape than last time I saw you, anyway.”

Reflecting on his life and what happened back in 2006, Hammond explained: “What’s odd is, I remember the last time I got in this thing, but I don’t remember getting out, so technically I’m still in it.”

Hammond then told his crew member Mike that he could do the challenge instead, before adding: “Happy 2022.”

Hammond was then shown circling the car while audio from news reports about his accident played.

The video ended with a caption that read ‘coming soon’, so it’s currently unknown whether Richard did decide to drive the Vampire Dragster again or not after he got back behind the wheel to drive it at high speed.

Speaking out about his 2006 accident to the Radio Times in 2014, Hammond said: “It was a lot to deal with. I had a pretty tricky few years.

“The knock on effects of the injury meant I was susceptible to depression,

obsession, compulsion and paranoia, although I wasn’t aware of that at the time. It gave me an unnatural platform from which to observe my own mental state, which was exhausting.”