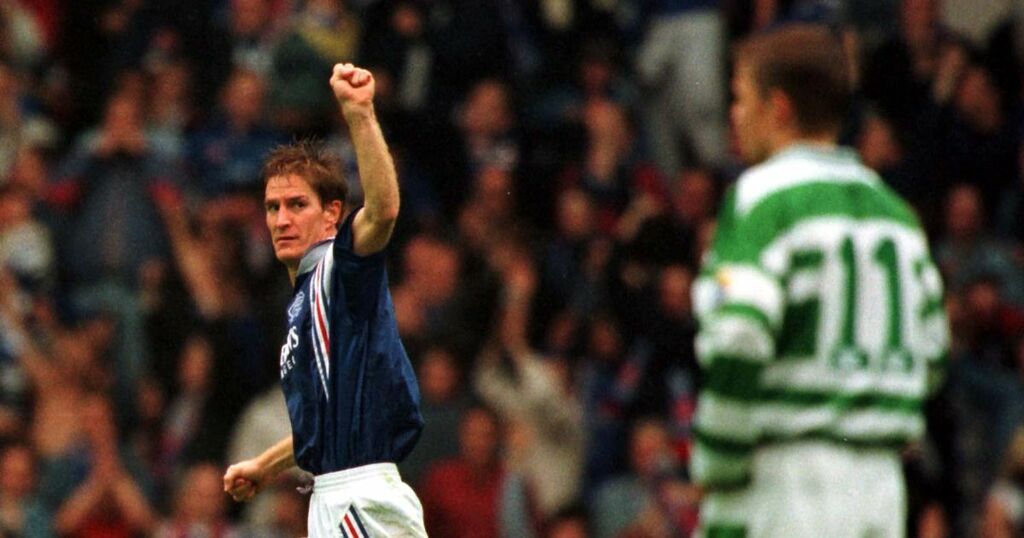 Richard Gough admits he got a 90s flashback after seeing Rangers ride their luck to claim first blood in this year’s opening Old Firm scrap.

The legendary Ibrox skipper was part of a squad who regularly found themselves hit by injuries and outplayed by Celtic on derby day only to come up with a way to win.

Those rope-a-dope performances proved crucial as Walter Smith’s side edged past Tommy Burns’ swashbuckling Hoops to complete their quest for nine-in-a-row.

“It’s a very important win for Rangers because a lot of people were asking questions,” Gough told Record Sport . “We haven’t had the best of starts to the season.

“Going into the game when I heard about all the problems with Covid I was a wee bit worried with the manager missing and Robbie McCrorie coming in for his first start in a derby.

“But the young man did incredibly well.

“Like all Rangers fans I was worried, we didn’t have our two right-backs and had to put Leon Balogun in there.

“But I think that was the best game he’s played for Rangers.

“It was a great game to watch. It was end to end. With the way Celtic play under Postecoglou, they go for the jugular.

“They had some decent threats up front with Furuhashi and Edouard.

“It made me think it’s quite similar to Tommy Burns and how he would approach it.

“That’s how I always remember the Old Firm games I played in. Back in the day we’d go to Parkhead and they’d throw everything at us.

“Andy Goram would make a couple of saves. We’d defend well at set-pieces and luckily enough we got a few results.

“Last week’s game reminded me of those games I played in.

“Walter switched us to a three at the back and we played a very counter-attacking style.

“That suited us with the likes of Davie Robertson at full-back.

“We knew we could defend with the likes of myself, Gordan Petric and Alan McLaren. We were a solid outfit with Ian Ferguson and Stuart McCall in front and that allowed Gascoigne and Laudrup to stay free.

“Steven’s team don’t play in a similar style but they certainly had to ride their luck.

“Thankfully they got the same kind of breaks we did with McCrorie making a couple of big saves from Furuhashi and Edouard missing that sitter.”

Ibrox was packed out but only with Rangers supporters after Gers chiefs withdrew the offer of away tickets to the Hoops support.

But Gough hopes there will be a rethink for Celtic’s next Govan visit in April.

He said: “I played in the game in ’94 when their fans were locked out and you know what, it didn’t help us.

“I used to love playing at Parkhead when there were 55,000 Celtic fans screaming at you.

“But that game in ’94 was just a strange atmosphere. It was much quieter. The two sets of supporters normally react off of each other, with the songs and the abuse.

“But there was none of that. They were back in for the next game and that for me made the derby what it is.

“I scored a couple of goals in front of their support at Ibrox during my career and remember running off to celebrate before realising I was heading towards their fans. I thought, ‘Oh s**t, I better change direction here or I could end up in trouble’.

“Aye so for me, that atmosphere is what makes the derbies and it’s different when you only have your own supporters there. There’s something’s missing.”