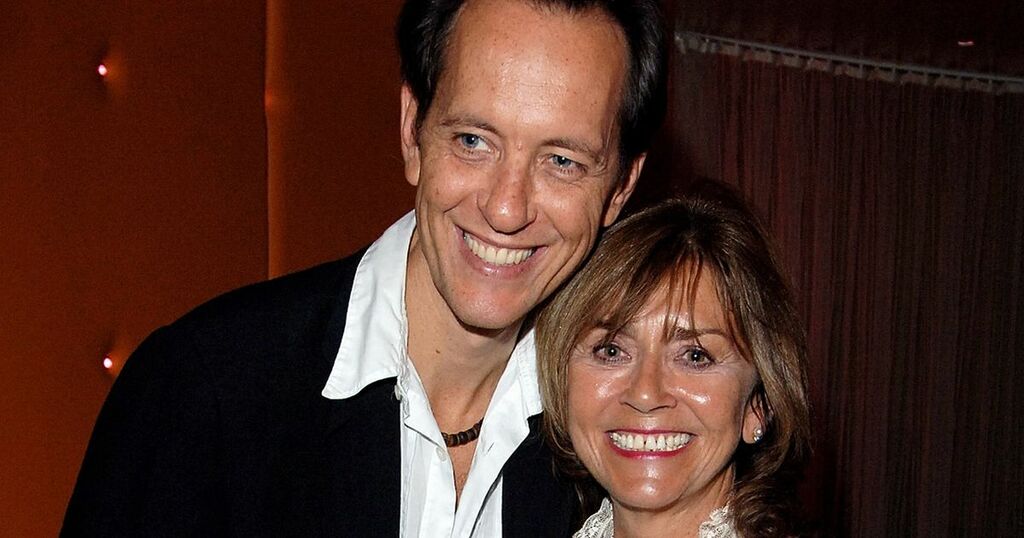 Richard E Grant has written a loving tribute to his late wife Joan Washington revealing she got a secret visit from Prince Charles as she was dying from cancer.

The actor, 64, was left devastated after Joan passed away earlier this month aged 72 following a battle with lung cancer.

The couple were married for 35 years and were parents to a daughter, Olivia, and Joan was also mum to a son, Tom, from a previous relationship.

After her death, Richard has now penned a poignant tribute to his longtime partner, praising her strength, courage and good humour as well as reliving some of the special times they shared together.

In his piece for the Daily Mail, Richard explained his wife was "accepting, clear sighted, sanguine and totally without self pity."

He went on to say they made the most of her final months together and were able to say everything they needed to say to each other.

Richard also admitted Joan kept her sense of humour and recalled her nickname was The Colonel after she once woke from a dream saying: "Why doesn't everyone just listen to what I say and do what I tell them to do?! I AM the Colonel."

He revealed she got a secret visit from royalty as Prince Charles came to see her last month, and she was still able to make him laugh.

The actor wrote: "Prince Charles came to see 'The Colonel' last month, sat beside her, took her hand and said, 'It's been an absolute honour to have known you, Joan' to which she instantly quipped, 'I'm STILL here.'

"Which broke the ice and made all three of us cackle. Astonishingly, unlike me, she's never been star struck and possessed the innate gift of speaking to everyone of any age or status as her equal.

He went on to declare it was a "privilege" to be by her side during the final months of her life and added: "When you asked Olivia and me two weeks ago 'to let me go', we unequivocally said 'yes'.

Olivia and I are profoundly grateful for everything that you've gifted us with, and we're relieved that you no longer have to struggle for breath.

"Our loss is incalculable. Your love is immeasurable. The depth of our grief is mirrored by the magnitude of our love. Goodbye Monkee-mine. Do not forget us."

Richard announced the sad news of Joan's death last week, sharing a video of the pair dancing together and adding a sweet tribute.

He wrote: "ONLY YOU! Joan – Love of my Life & Giver of Life to our daughter Olivia. Our hearts are broken with the loss of your Life last night. 35 years married & 38 together.

"To be truly known and seen by you, is your immeasurable gift. Do not forget us, sweet Monkee-mine."