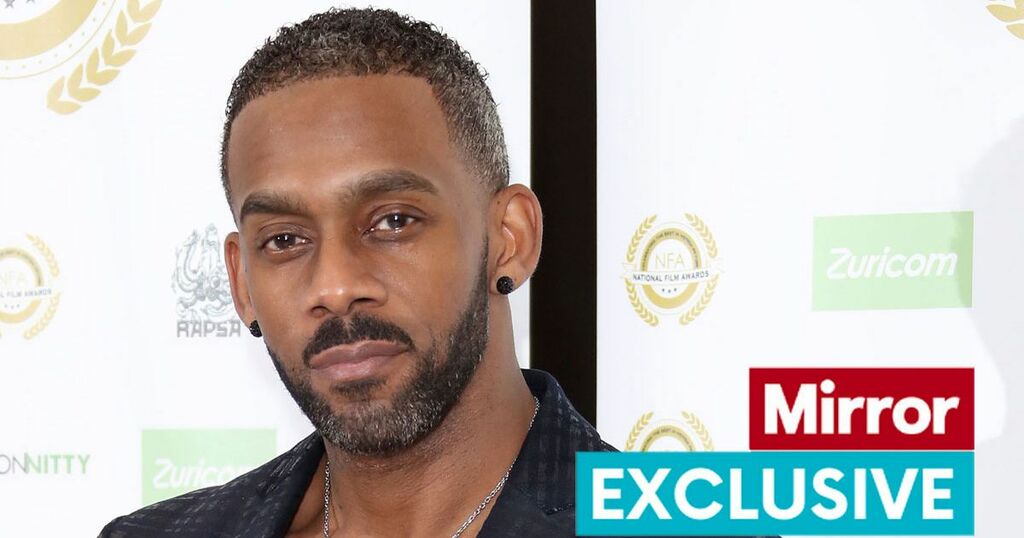 Richard Blackwood understands the importance of diversity on TV. During his almost three-decade career, the actor and comic has helped smash barriers since hosting his self-titled Channel 4 talk show in 1999.

Progress has been slow but Richard believes things are better than 20 years ago when there was a national campaign to find his co-host for a new show.

Tameka Empson, who later played his on-screen wife Kim in EastEnders, auditioned for the part.

Richard believes she was the best of the final two candidates but was not picked because she was darker skinned.

The dad-of-one said: “The producer was like, ‘We know she smashed it... but she’s a bit too South London’. He was trying to find a way to say it but it was obvious what he meant.

“So, I said, ‘But you’ve got me. I’m a black guy and I’ve had the number one show on MTV for the last four years, so you know my audience doesn’t care about colour.”

However, Richard thinks his EastEnders role showed things have improved and helped change the narrative for black characters.

In Albert Square, he played loveable rogue Vincent Hubbard for three years from 2015.

And his rivalry with hardman Phil Mitchell (Steve McFadden) led to one of the soap’s memorable moments.

Richard, 49, said: “What people don’t realise is I was the first black person to knock out Phil Mitchell on screen.

“The only other person is his brother Grant. I remember filming the scene and being really nervous, as I knew what it stood for.”

The reaction from black viewers made him realise the storyline was even bigger than he had anticipated.

Richard said: “As soon as that scene aired my phone wouldn’t stop buzzing. Phil Mitchell is the man of the show and then this young black guy comes in and floors him.

“Myself and Steve are friends and he was lovely about it all. But Steve knew what it stood for also. He gets it.”

The “it” he is referring to is the lack of diversity on TV and shortage of strong roles for ethnic minorities, long points of contention intensified amid the Black Lives Matter movement.

The dad-of-one, from Clapham, South London, spoke as he gears up for another historic TV moment.

He’s currently starring in Hollyoaks as villain Felix Westwood and the show is an integral part of Friday's Black to Front initiative by Channel 4. It aims to amplify black talent, bringing them to the forefront on and off screen for 24 hours.

Richard will be key for a special episode of Hollyoaks, featuring an all-black cast and directed by former Casualty star Patrick Robinson.

He said: “For people that are not black, they’re assuming that it’s just going to be black ­issues. But what I hope they take from this initiative is that black people have the same issues as everybody else.”

Richard’s showbiz career began on the comedy circuit in the early 1990s.

He made his TV debut in 1996 on sketch show The Real McCoy before going on to present MTV’s Singled Out and MTV Select.

His quick wit and superstar guests such as Will Smith and LL Cool J on the Richard Blackwood Show ensured it was a big success.

He also had a short-lived but successful career as a pop star, reaching No3 in the charts in 2000 with Mama Who Da Man.

Richard, who helped pave the way for Mo Gilligan and presenter Big Narstie, recognises the importance of older stars who made his journey a little smoother.

He said: “Lenny Henry essentially created a path for me to follow because prior to him there was really no one from the black community who had made it on that level.

“He had his own show and did huge things for TV we hadn’t seen before.

“I always commend him because he came up in an era of the Black and White Minstrel Show, where he had to go through real overt racism. Compared to him I had it quite easy.”

Despite his rapid rise in TV and being dubbed the UK’s Will Smith, Richard’s career suffered a massive blow in 2003, when he was forced to file for bankruptcy.

He says: “I went from having two cars worth 50 grand each to ending up back at my mum’s house with
no car and no money.”

Richard fell into a severe depression and attempted to take his own life.

Now, he is a strong advocate for mental health awareness and is empathetic to stars targeted by trolls.

Richard said: “When I did stand-up around the time of declaring bankruptcy, the crowd would boo me. It baffled me. It was like I had lost their money – but I had lost my own.”

Since then, he has also turned to starring in West End shows such as Shrek, where he played Donkey.

In Typical, he took on the role of paratrooper Christopher Alder, who died under suspicious circumstances in police custody in 1998.

“I fall into this river and Kelle’s character is supposed to save me.

“But when I went under the water, she took a bit long to get me. So there was real-life drama. Viewers will love it. They won’t be disappointed.”