Richa Chadha On Effects Of Climate Change: ‘Candy’ Shoot Was Shifted Because Of A Lack Of Snowfall 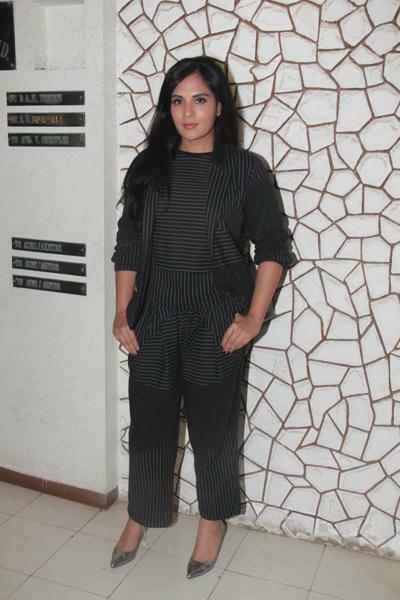 Indian actor Richa Chadha’s latest outing, VOOT original web series Candy is starts streaming online from September 8, Wednesday. It is her second web series and she insists the new show is not just about a crime but also about parenting and father figures.

Asked about her preparation for the role, Chadha shares that she met female cops to understand how they go about their daily lives. “Mentally, there was no preparation. I just needed an understanding of what their real lives are and the pressures they have as women. I got to see closely, how a large part of domestic responsibilities still rests on their shoulders. Many of the cops whom I met, also had police officers as their husbands and they even shared some of the domestic duties. However, when things would go wrong, it was always the woman making calls. Things like making calls about kids having to be picked up from school or a parent-teacher-meet to be attended or whether the in-laws’ sugar is stable, all these things were the sole responsibility of the women. In this aspect, they were like very normal household women.”

Not many actors may be as attentive as to notice how women in such scenarios walk around with different postures when at home and when in professional set up. Chadha adds, “And then. these women step out of the house and they have a gun and a holster. Then they correct their postures (to a stiff one). I got to see the ‘everydayness’ of their lives. These women are not bothered about seeing a corpse or blood, they are not afraid. I am not generalizing but that is how they function. Perhaps they get used to it all.”

She also adds that she has actually not faced as much as many working women in India. “Even in this show, I am playing a DSP (deputy superintendent of police), so the powers that come with that (are there). She has a significantly higher rank, a DSP makes more money, she has certain perks like government house. In that sense, even in show I am far more privileged than some women I got to see. She has her own bit of struggles though, as a single parent and as a woman.”

The Gangs of Wasseypur star was also extremely disheartened to see the effects of climate change while shooting for Candy. Asked about her experience of shooting in the Indian hill station of Nanital, Chadha says, “It did not snow as much as it was supposed to. In fact we had to go to Manali to shoot certain parts that required heavy snowfall. It is very disheartening to say this, but the effects of climate change were visible.”

(The conversation has been edited and condensed for clarity.)