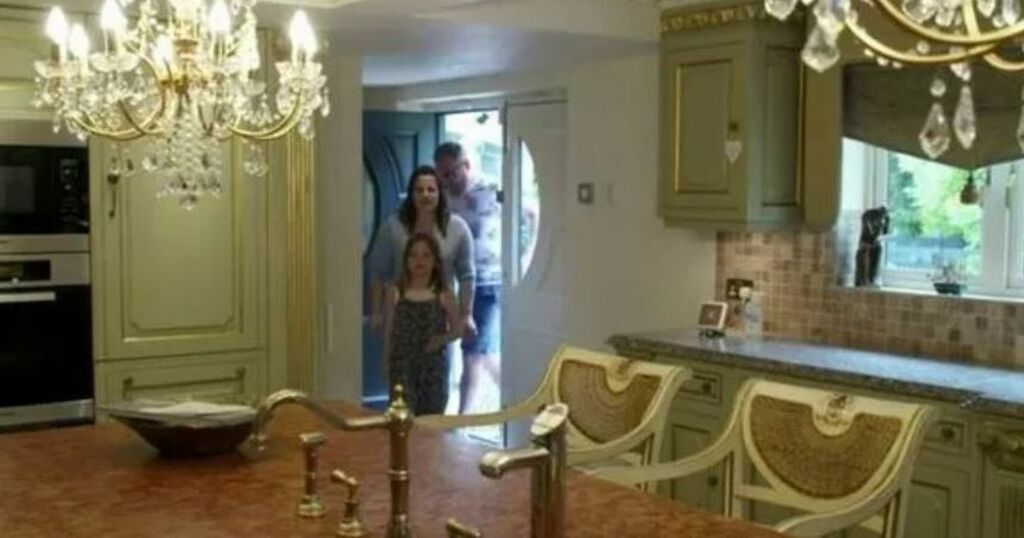 A Newcastle family got one hell of a shock when they traded lives with a Real Housewives star on the latest episode of Channel 5 show Rich House, Poor House.

The popular series, which is like a property version of iconic 00s series Wife Swap, sees people from different walks of life swap homes and lives for one week, with very different budgets to live off.

The stars of Sunday's show were the Wilde family who live just outside of Newcastle and have piled their time, energy and money into converting a field in Northumberland into an organic farm.

Introducing them to viewers, the programme's voice over guy Craig Kelly declared: "They may be poor, but they're loving their new green life."

Dave, Kim and their two children Rosie and Archie, headed from the North East to the North West to move into the lavish home of millionaire and former star of reality show The Real Housewives of Cheshire, Ampika Pinkston, just as she moved into their ex council house in Newcastle.

Ampika, who owns an aesthetics business and fat loss programme, was joined by friend and retired housekeeper Lesley as she headed to Newcastle to enjoy a massively downsized budget of just £177.67, compared to the Wildes, who were gobsmacked as they counted out £1480 of spends.

Looking at the money in front of her, Ampika remarked: "You've got a family of four who live off a tenth of what my surplus cash is each week. They will be living the life, they'll be living the dream this week!"

The Wilde children were overjoyed to find out that Ampika's lavish home had a swimming pool, while the whole family could fit in the huge tub in her bathroom.

While Ampika's designated activities for the week including farming land, vegetable picking and egg packing, the Wildes got to enjoy lavish shopping trips and slap up meals out.

Kim even had her own hairdresser and make up artist for a day, while Ampika and Lesley tried their hardest to come in under budget so they had some money to give back to the Wildes.

At the end of the week the Wildes met with their co-stars, with both parties admitting they'd learnt a lot.

Ampika was massively impressed by the Wilde's approach to life and advised them to boost their social media presence to get the word out about their business - you can now follow them on Instagram HERE.

She also them: "I actually got really excited looking through vegetable patches. I've never had such fresh produce," with Kim urging her to go to farmers markets.

Ampika added: "I'm definitely going to take heed of a lot of the experiences I've learned in terms of being kinder to the earth.

"I've got to. I've got make changes. It's embarrassing I've walked around so ignorant."