By Michael Aylwin at the Principality Stadium 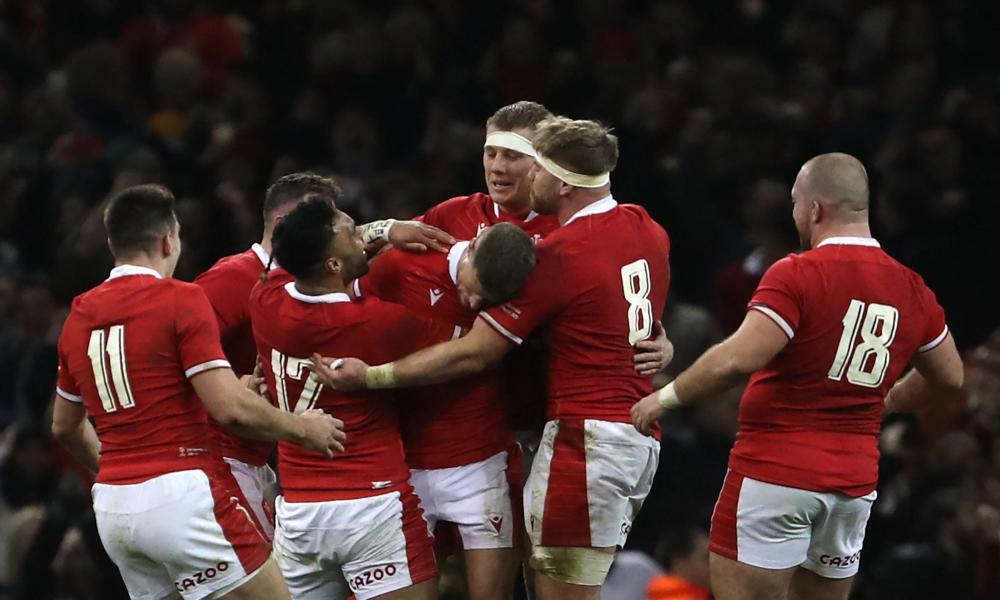 It is a win and such is the number of caps missing from this outfit, Wales will take it. A young side found redemption with a winning penalty from the veteran Rhys Priestland at the death. And so a mixed autumn has been salvaged with consecutive wins.

But they have been achieved against teams reduced to 14 by early red cards. This time Australia’s No 8, Rob Valetini, was the man sent off for an upright tackle in which his head clashed with Adam Beard’s. The Wallabies’ autumn thus does not find the redemption of a single win against their European opponents. One would have to say they have themselves to blame: a clearly talented outfit but missing key personnel, they could not quite make it tell. Wales’s typically vociferous home crowd provided the edge.

For Wales, any excitement will be tempered by the realisation they scored one try when Australia were down to 13 and the other from an interception. The concession of three tries will also grate. “We can talk about red cards and yellow cards,” said Wayne Pivac. “But pressure creates cards, and we’re good enough to create it.”

Two wins – and a narrow defeat against the world champions – is a reasonable return for a side missing so much experience. Taine Basham has emerged to add to Wales’s riches in the back row and, perhaps best of all, Ellis Jenkins has confirmed his return. Strangely he was replaced despite being captain for the 10 minutes of the second half when Wales were reduced to 14 after Gareth Thomas’s yellow card. Coincidentally or not, that was the period when Wales started to lose control of the match.

But the key development was that red card in the 15th minute. Valetini thumped into Beard with upright posture. The clash of heads was violent and, in different ways, did for both men’s further involvement. Beard was replaced by Ben Carter, the 20-year-old lock, while Valetini’s technique was subject to an unsympathetic review by the referee and the crowd.

Annoying, too, for Australia, of course. All the more so, given they were a try up at that point. From the kick-off they put together a punishing series of phases: Nic White’s chip set Len Ikitau away and the mighty Taniela Tupou scattered a few with another carry before Hunter Paisami put in a second chip behind the Welsh defence, to which Andrew Kellaway won the race.

Dan Biggar landed two penalties, the second following the red card, to bring Wales to within a point but another Tupou charge set up James O’Connor for his first penalty shot at goal. Within five minutes Australia were cursing their discipline again. Kurtley Beale’s slapdown of Nick Tompkins’s pass meant the Wallabies were reduced to 13 while he served time in the sin-bin.

A penalty try would not have been controversial but Wales had their seven points from the resultant lineout, a lovely move at the front working Ryan Elias into the corner. Biggar landed the conversion from the touchline to give Wales the lead for the first time.

The theme of self-induced Wallaby pain continued after the break. Tom Wright forced a pass which Tompkins patted down. Unlike Beale in the first half Tompkins managed to hook his hand round the ball so that it did not go forward. Everyone stopped, including Tompkins after he had regathered, but the referee waved him on for an interception try and 10-point lead.

Wales’s authority evaporated after that and when Thomas saw yellow for an illegal clear-out, Australia enjoyed numerical parity for 10 minutes. Tellingly, they made it count with the try of the game, and followed that up with the next-best even after Thomas returned.

Beale has had his moments in this stadium over the years. This time his step inside Willis Halaholo was wicked, as was his fend on Aaron Wainwright. Ikitau was in support and found White, who finished between the posts.

Then, just after Wales were returned to 15 men, Paisami broke their line and swift hands gave Filipo Daugunu a chance in the corner which he finished in great style. O’Connor hit the post with his conversion attempt, so Wales were still ahead by a point.

Not for long. Beale stepped up to land a penalty from 45 metres out with two minutes remaining to give Australia the lead.

Beale was almost away again but for a tackle by Christ Tshiunza, yet it was Gareth Davies who broke the game for the last time. His snipe down the left had Wales hammering at Australia’s line at the death. The Wallabies infringed, and Priestland stepped up.