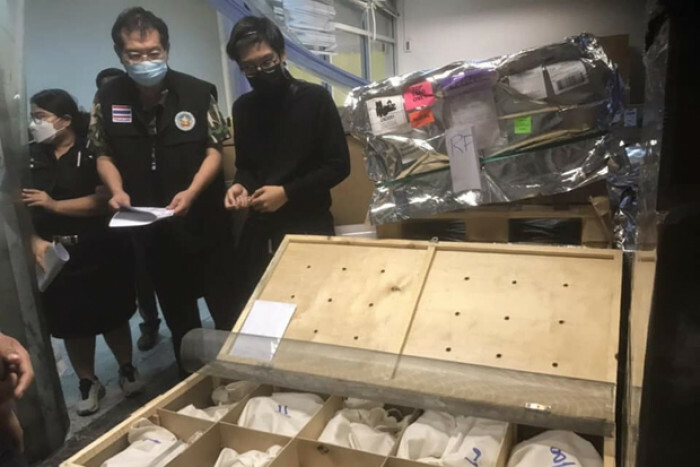 The Hindu
Kolkata: Customs seizes monkeys of foreign origin worth over Rs 1 crore from north Bengal

KOLKATA: Acting on a tip-off, the officers of the Jalpaiguri preventive unit of the commissioner of customs in West Bengal…

A Sunday Mirror probe found the dish on menus in London, Manchester and Liverpool, days after the Government pulled plans…

A rhino found moving around the Orang National Park with its horn sawed-off posed a new challenge for wildlife officials and experts in Assam.

Two days ago, the forest guards found the sub-adult rhino bleeding from the spot where the horn was removed.

Officials of the 78.81 sq. km park said the rhino, a Schedule 1 animal under the Wildlife (Protection) Act of 1972, was made unconscious before the miscreants removed the horn.

There have been cases of poachers – mostly in the Kaziranga National Park – taking away the horns of rhinos while they were still alive and killing them. But this is the first such case of poachers “achieving their target” without firing at the animal.

Award-winning veterinarian Kushal Konwar Sarma said the rhino could not have been immobilised with tranquilliser darts sourced from only one manufacturer in South Africa specialising in drugs for the large herbivore.

“It is not easy to buy the tranquiliser as it has to come via several central ministries and government agencies, making it virtually impossible for people not in the government to buy or procure it,” he told  The Hindu.

“The Assam State Zoo in Guwahati is the only custodian of the rhino-specific tranquiliser drug, which is kept in a locker and cannot be used without updating the Central government on how each drug is used,” he said.

Besides, it is extremely difficult to tranquilise a rhino even from an elephant’s back as it is aggressive, Mr. Sarma said.

Other wildlife experts said the rhino could have been made unconscious or immobilised with electric shock or spiked the foliage in its feeding zone with certain substances.

“We are conducting an inquiry to get to find out how this happened and accordingly be prepared,” a Forest Department official said.

The Hindu
Kolkata: Customs seizes monkeys of foreign origin worth over Rs 1 crore from north Bengal

KOLKATA: Acting on a tip-off, the officers of the Jalpaiguri preventive unit of the commissioner of customs in West Bengal…

A Sunday Mirror probe found the dish on menus in London, Manchester and Liverpool, days after the Government pulled plans…