Reviving a regional approach to the Rohingya 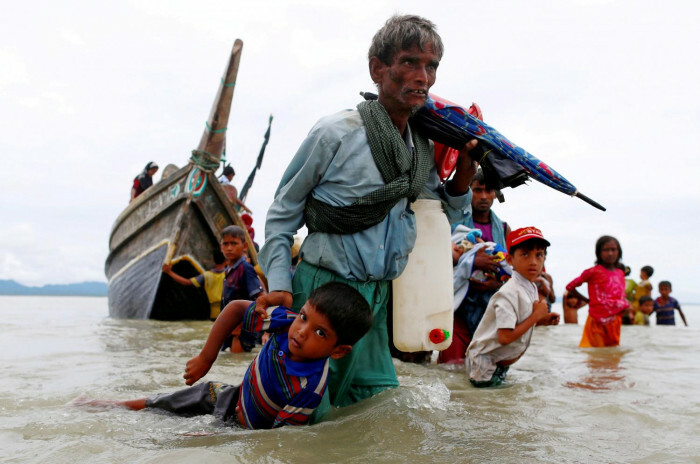 More than four years have passed since Myanmar security forces began "clearance operations" targeting ethnic Rohingya in Myanmar's northern Rakhine State. Purportedly a response to attacks by the Arakan Rohingya Salvation Army (ARSA), an ethnic insurgent group, these operations were the culmination of mounting rights abuses and restrictions disproportionately directed at Rohingya communities. More than 40% of area villages were partially or completely destroyed, and Rohingya were displaced on a scale not seen since the 1970s. In the two weeks following the start of clearance operations, more than 300,000 Rohingya crossed into Bangladesh seeking refuge. By the end of 2017, that figure had more than doubled.

There are now an estimated 1.1 million Rohingya in Bangladesh, with nearly 890,000 sheltering in camps around Cox's Bazar. Another 150,000 or more Rohingya refugees are scattered across the region, the majority in Malaysia.

None of the region's major host countries are party to the international convention on refugees, and their protection of Rohingya has been inadequate and inconsistent. Malaysia, for example, permits the United Nations High Commissioner for Refugees (UNHCR) to register and assist some Rohingya but has detained others incommunicado for long periods. India too has allowed thousands of Rohingya refugees to provisionally remain but insisted it has no legal obligation to do so. In April, India's highest court refused to halt the deportation of some 170 Rohingya men, women, and children regardless of the risks they face in Myanmar. Despite opening its doors to fleeing Rohingya, Bangladesh has also enacted policies that restrict their movement and effectively limit access to humanitarian assistance, education, and livelihoods.

Many Rohingya have expressed a desire to return to Myanmar once it is safe and the government has granted them the rights, privileges, and protections owed to citizens. Voluntary return has also been -- and remains -- the preference of host countries in the region. Yet little has changed to make return a reality. Since 2018, Myanmar has slow-walked commitments under a memorandum of understanding with the United Nations Development Programme and UNHCR to create conditions for return, and stalled implementation of a bilateral repatriation agreement with Bangladesh. The Myanmar military's takeover of the country in February has made safe and dignified return unrealistic for the foreseeable future.

Against this backdrop, it is urgent to ask how the international community, regional governments, civil society, and Rohingya themselves could better work together to ensure Rohingya refugees have access to adequate protection, fundamental rights, and opportunities to thrive. While voluntary return may remain the long-term goal, other solutions are needed in the interim.

It is time to revive efforts to develop a regional response framework that brings together host governments, resettlement countries, donors, civil society groups, and Rohingya communities. Such a framework would aim to improve Rohingyas' access to protection by fairly distributing responsibility across the region and within the international community. Host countries would permit Rohingya refugees to lawfully remain and allow them access to work, education, and essential services. In exchange, donors could help finance support provided by governmental agencies and/or non-governmental organisations (NGOs), and resettlement countries might accept an agreed upon number of refugees willing to relocate elsewhere. Donors could -- and should -- also contribute to initiatives that benefit host communities.

Civil society and Rohingya representatives ought to play a central role in the development and implementation of a regional response. A failing of the Comprehensive Plan of Action (CPA), the regional framework created to address the movement of Vietnamese asylum seekers in the late 1980s and early 1990s, was that it limited the participation of civil society and refugee-led organisations. Largely on the outside, these groups had few opportunities to advise, support, or monitor the activities of host governments, resettlement countries, or UN agencies.

Under a regional framework to respond to Rohingya displacement, national and international NGOs and refugee community-based organizations could provide direct services to refugees; build the capacity of host governments to understand and support Rohingya communities; and help hold governments, UN agencies, and each other accountable for their commitments.

To be sure, reaching agreement on a regional response framework will be immensely challenging. In 2018, UNHCR brought together regional governments, relevant UN agencies, members of the international community, and representatives of civil society to discuss how to improve regional coordination to address Rohingya displacement. A laudable effort, the so-called "Solidarity Approach" was short lived because key participants were not clear about the objectives nor committed to the process.

Even with a clear goal, winning buy-in from countries in the region to a new round of dialogue will be difficult -- at least short term. As the communique from the recent Asean Foreign Ministers' Meeting confirms, voluntary return continues to be the priority of regional governments despite worsening violence and instability in Myanmar. The region's escalating Covid-19 outbreak may also make it an inopportune time to exhort host governments to devote attention and resources to improving protection for refugees. Donor countries too -- some still battling rising Covid cases -- are unlikely to urgently invest in a regional response.

Yet it is not too early to begin discussions. The status quo is unacceptable, and without willingness to pursue a more ambitious regional response, it is unlikely to change. Now is the time for international and national civil society organisations, Rohingya representatives, and UNHCR to work together to chart a path forward. A first step would be to develop and disseminate consistent messaging on what a regional framework might entail.

As fighting continues to grip Myanmar, and voluntary return remains impossible, host governments and donors should be urged to give serious consideration to a response that includes solutions beyond return -- resettlement, local integration, and other longer-term temporary protection arrangements. Displaced Rohingya are almost certain to remain in host countries for years to come. Acknowledging this reality and equitably sharing responsibility will better serve regional governments and Rohingya refugees.

Adam Severson is a Specialist for the Asia Displacement Solutions Platform (ADSP), an initiative that contributes to the development of durable solutions for displaced communities within the region.