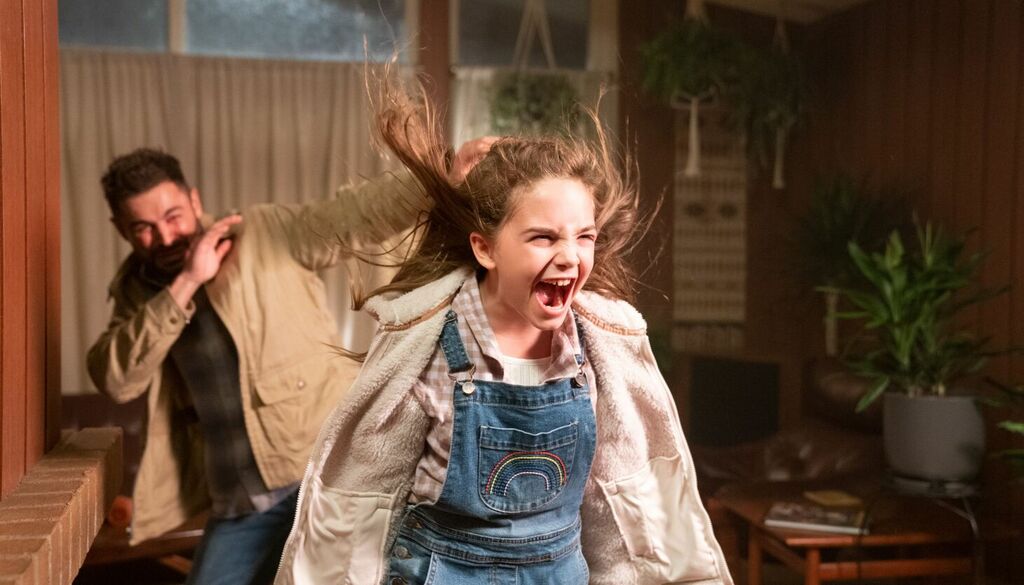 ‘Firestarter’: Dark tone, solid acting ignite Stephen King thriller
With a skilled young newcomer as the telekinetic child and Zac Efron as her dad, reboot is a step up…

The Guardian - US
"Firestarter" and a powerless childhood

The 1984 horror film, a precursor to "Stranger Things," spoke to the consequences of never being believed

The director’s new horror film will probably alienate some viewers, but that was a risk he was prepared to take.

Asharq Al-Awsat
Get all your news in one place
Latest Entertainment news:

Can we just put this “Fire” out? Almost 40 years after the original adaptation of “Firestarter,” which was not a very good film, a second film from horror specialist Blumhouse also based on the 1980 novel by Stephen King arrives in theaters and on Peacock. Directed by Keith Thomas, whose one feature film credit “The Vigil” (2019) is an interesting and spooky horror effort involving Jewish death rituals, this new “Firestarter” features child actor Ryan Kiera Armstrong (TV’s “American Horror Story”) in the role played by Drew Barrymore two years after her critically acclaimed performance as Gertie in Steven Spielberg’s 1982 smash hit “E.T. the Extraterrestrial.” You may also recall a miniseries “Firestarter: Rekindled” on the Sci-Fi Channel in 2002. It’s too bad this new “Firestarter” is a total bust.

Preadolescent Charlie McGee (Armstrong) once again has a hard time controlling her unique power to wield fire as a deadly and destructive weapon aka pyrokinesis. She’s a mini-Godzilla. Her parents Andy McGee (a bronzed and bearded Zac Efron in a role originally played by David Keith) and Vicky McGee (Sydney Lemmon in a role originally played by Heather Locklear) are very protective of her. They are all being pursued by mysterious forces eager to get their hands on Charlie and harness her terrifying power to their own ends. One of these forces is Captain Hollister (Gloria Reuben), who drops f-bombs in a single scene with actor Kurtwood Smith as the scientist “father” of these gifted young people he has experimented upon. Hollister also summons an assassin code-named Rainbird (Michael Greyeyes) to capture Charlie and her father.

It turns out that Andy and Vicky partook in a college clinical trial that gave them certain powers, telekinesis for Vicky and something called “the push” for Andy. “The push” allows him to force people to do things. The trouble is using it causes Andy’s brain to bleed and for the blood to come out of his eyes. Andy is a “life coach,” helping one patient quit smoking. He and his family live frugally, no cellphones or wifi. They’re trying to stay of the grid. Tweener daughter Charlie is mocked at school by a kid who calls her “weird” and will regret it. On the run with her father, Charlie encounters a cat that scratches her. Cat lovers are urged to avoid this “Firestarter.” So much of this film is just wrong.

Efron speaks in a whisper that I assume he thinks makes him seem serious instead of hard to hear. Andy seems more like a psychopath than a concerned father. Charlie, too, is not very sympathetic. On the road, we hear that Andy and Charlie are headed to Boston. But I don’t think they ever get there (The film was shot in Ontario). Everything about this “Firestarter” is low rent from the screenplay by Scott Teems (“Halloween Kills”) to the cheap-looking sets.

Surely not high up on the list of best Stephen King books, “Firestarter” has a strong hook – Coming-of-age kid with mysterious and deadly powers on the run from baddies with her family. It’s a sci-fi-horror fairy tale, and King is a master of such fare. But the film versions have thus far been second-rate efforts.

How to watch: Now in theaters and streaming on Peacock

‘Firestarter’: Dark tone, solid acting ignite Stephen King thriller
With a skilled young newcomer as the telekinetic child and Zac Efron as her dad, reboot is a step up…

The Guardian - US
"Firestarter" and a powerless childhood

The 1984 horror film, a precursor to "Stranger Things," spoke to the consequences of never being believed

The director’s new horror film will probably alienate some viewers, but that was a risk he was prepared to take.