Review: ‘Sidney’ is Apple TV’s admiring tribute to the breakthrough star that was Sidney Poitier

Director Reginald Hudlin’s “Sidney” was made with the full and keenly interested cooperation of the Poitier family, following a template of access many documentaries favor or, in some cases, settle for.

This is one of the good ones. Its format limitations (a stand-alone feature, under two hours) and the personnel involved lead, perhaps inevitably, to more of a classy overview of a singular breakthrough artist than a deeper examination of Poitier’s impact. Plainly, the man deserves something of the breadth of the six-hour HBO series on Paul Newman and Joanne Woodward. But with Poitier’s death earlier this year, at 94, “Sidney” serves as both a timely remembrance and a reminder of how stardom intersects with the world, sometimes, and what Poitier did to keep his sanity in the face of uniquely burdensome expectations.

Oprah Winfrey produced the documentary, along with Derik Murray, and Winfrey’s 2012 interview footage with Poitier (just him alone on camera) provides the throughline. Straight to the lens, in that unforgettable, gently Bahamanian cadence, Poitier recalls his early years on Cat Island in the Bahamas. Race was not a concept, or a threat, to young Sidney, until he left Nassau (where he saw his first mirror, his first car) for Miami, at his father’s arrangement, at age 15. Poitier was born in Miami during his parents’ visit; two months premature, he was not expected to live.

As a teenager on the mainland in Florida, he lived with his brother and worked various jobs including department store bike delivery. How this gig led to a chilling encounter with the Ku Klux Klan put Poitier on notice: America was not built with his interests or his humanity in mind.

He got to New York in 1943, by Greyhound, where he floundered in his first audition with the American Negro Theatre. Years later, he got in, having worked methodically, carefully, on adopting a kind of “acceptable” American stage dialect. This is where he met longtime friend and sometime rival Harry Belafonte; when Belafonte couldn’t perform one night in a Broadway production (his day job intervened), understudy Poitier went on, and a Hollywood agent in the audience that night lit the fuse of Poitier’s career.

In the 2012 interview footage in “Sidney,” Poitier is a spellbinder, pure and simple. He speaks of his pre-stardom days, with his family back in the Bahamas, waiting for a letter (and some financial support) from their ambitious son. “I cut home off,” he says at one point. “I didn’t write because I couldn’t put anything in the envelope.”

He made a huge impact in Joseph L. Mankiewicz’s tough, forward-looking drama “No Way Out,” and he had the guts not to take a role, five years later, in “The Phenix City Story” because his character was given zero screen time to react to the murder of his little girl (that same year he appeared in “Blackboard Jungle”). Later, he made sure the unscripted slap in a key scene in “In the Heat of the Night” made it into the picture. That made history, and changed things, in a second.

A decade earlier, “The Defiant Ones” (1958) also made history: The first Black actor to receive an Academy Award nomination for a leading role, the one chained to fellow nominee Tony Curtis. It was also, as writer Nelson George says in “Sidney,” a dubious “magic Negro moment,” a film in which Poitier’s character sacrifices his own freedom to stick with his newly enlightened white friend.

This is the complicated legacy of Poitier, cemented in his biggest decade of stardom, the 1960s: He made movies for white people, many of those films still vital, others (“Guess Who’s Coming to Dinner?”) cringy and stodgy. Yet even that, for many, including Winfrey, Halle Berry and others, meant progress at a particularly volatile moment in America.

Gingerly, “Sidney” deals with Poitier’s affair with “Paris Blues” co-star Diahann Carroll, and on camera Poitier’s first wife, Juanita Hardy, looks down and away when quietly addressing the matter of what Poitier was using his separate apartment for besides writing projects. His second, 46-year marriage to Joanna Shimkus lasted until Poitier’s death. She too is in the documentary, while film luminaries from Denzel Washington to Spike Lee to Robert Redford pop in to praise the actor, civil rights activist, director and north star they knew.

How to watch: Apple TV+ 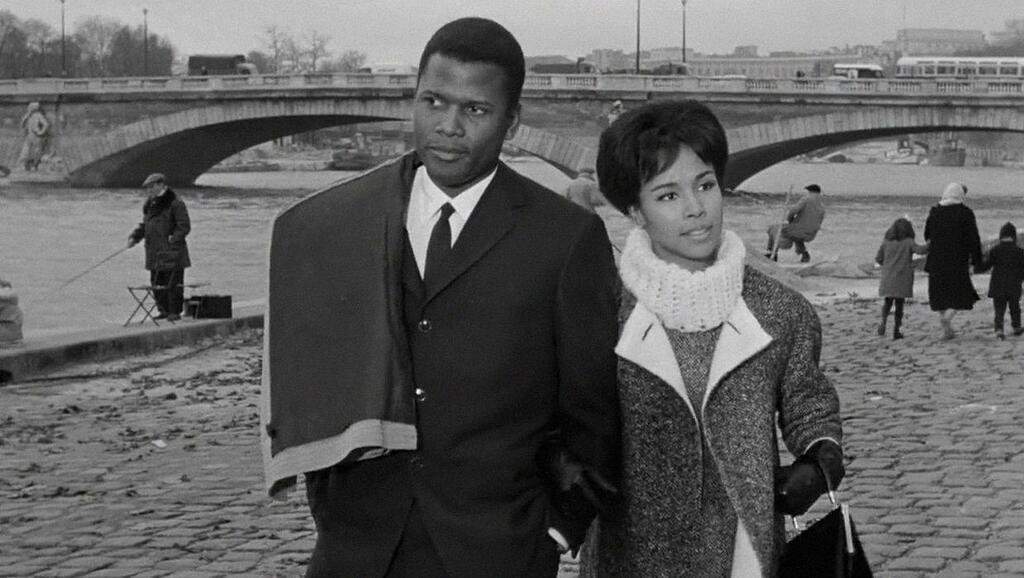 Sidney: Apple TV + Poitier documentary delves into a life that was dotted with firsts
WHEN Barack Obama presented Sidney Poitier with the Presidential Medal of Freedom in 2009, he noted: “It’s been said that…

Irish Independent
From analysis to the latest developments in health, read the most diverse news in one place.
Pat Stacey’s weekend TV picks: Sidney Poitier tribute tends to skate around the bumps

An engaging new Apple TV+ documentary about the trailblazing actor is an ideal introduction to his work, from Blackboard Jungle…

The Guardian - UK
One place to find news on any topic, from hundreds of sites.
TV tonight: Daisy May Cooper’s twisted comedy is a peculiar treat

Cooper stars in cracking new BBC One series, Am I Being Unreasonable? Plus, it’s the Strictly launch show. Here’s what…