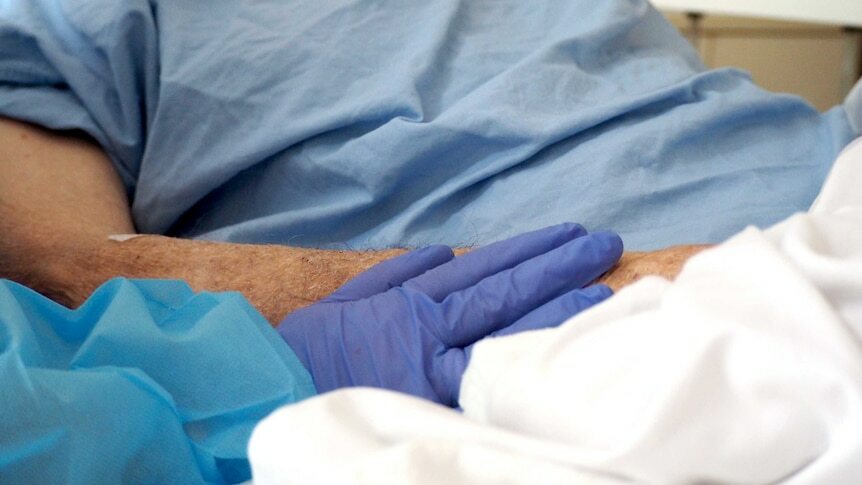 The Limestone Coast Local Health network is reviewing the future of palliative care at the former Mount Gambier Private Hospital, amid community concerns for the service.

The private hospital ceased operating in late August, and the service was absorbed into the public ward on its co-located site.

The Mount Gambier Public Hospital has four beds designated for palliative purposes — in single rooms with their own separate facilities.

Limestone Coast LHN chair Grant King said the network would make sure at least two rooms in the former private hospital were retained for palliative care purposes  for private patients.

"We are looking at how we can best use that space," Mr King said.

"And we're making sure that there is, for private patients who elect to spend their final days in the hospital, an appropriate place in that ward for those people.

in a 2019 report on palliative care services, SA Health estimated that more than 40 per cent of people who die from life-limiting conditions each year would benefit from palliative care to ease their suffering.

This year, SA Health developed the Draft Palliative Care Strategic Framework, which identified access to both generalist and specialist palliative care as a priority area for improvement.

The South Australian public was called on to provide feedback for consultation.

Correspondence written by the Scott family was recently provided to the Limestone Coast Local Health Governing Board and the Grant District Council, asking for at least two of the rooms at the Mount Gambier Private Hospital to be available for palliative care.

Father and grandfather Raymond Walter Scott passed away in palliative care after a long battle with cancer in June last year.

"Mount Gambier is a fantastic place and sometimes we need to help ourselves."

At this week's Grant District Council Agenda meeting, the letter was officially tabled and was met with council support.

"I strongly support this letter, the staff at the Mount Gambier Hospital do a great job, but the facilities could be a lot better, particularly for people approaching the end of their lives," Councillor Gavin Clarke said.

Dying in Dignity in Mount Gambier

Former nun Jane Qualmann was diagnosed with terminal neurogenetic bowel syndrome over a year ago.

A staunch advocate for strong palliative care and voluntary assisted dying, Ms Qualmann created the group Dying in Dignity, to provide support for those experiencing palliative care either as a patient or a family member in the South East.

Twenty people have already volunteered to assist with the service, which uses an online platform.

"The group is just a sounding board for ideas, phone numbers for people to contact, maybe I can facilitate someone to talk to someone else who's been on a similar journey.

"I just started the page to give the community a voice."