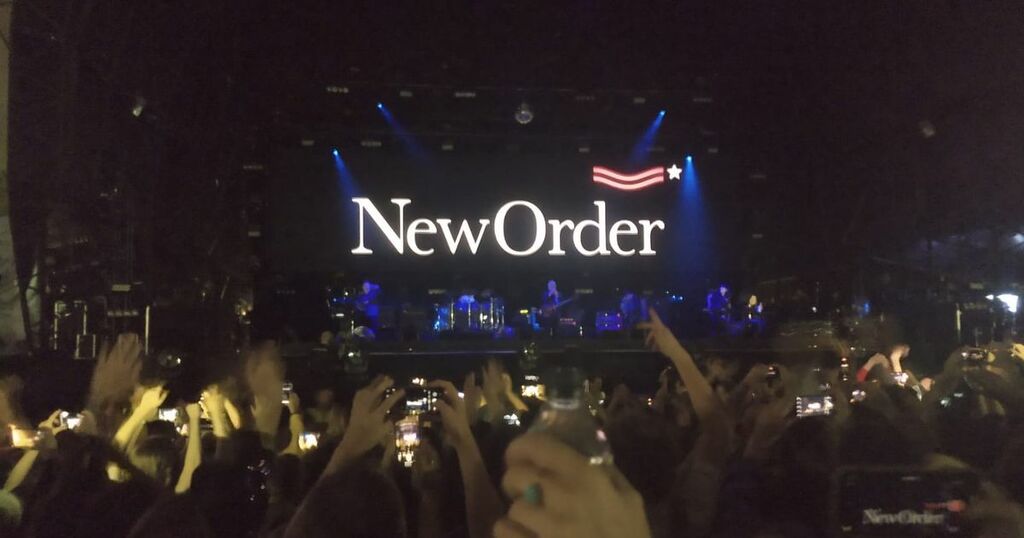 It was the biggest show they've ever played in the place they call home – and what a way to do it.

New Order returned to Manchester for the first time in four years on Friday (September 10), performing to an estimated 35,000 people at Heaton Park.

Descending on a desolate festival landscape, the local legends played Parklife's main stage ahead of the two-day event.

And the considerably older crowd showed the weekend punters how to party with several hours of entertainment including performances by DJ Tin Tin, Working Men's Club and Hot Chip before headliners New Order took to the stage.

The five-piece, which formed from the ashes of Joy Division, appear almost all adorned in black.

The homecoming concert begins with a video montage of Manchester, showing the city's transformation.

Frontman Bernard Sumner declares those 'dark days' the band once sang about the city are no more.

True to his roots, the Broughton-born singer gives Salford a nod as he greets Manchester when the show kicks off.

It's not long before Bernard ditches his guitar and dances around the stage with his wireless microphone in hand.

While his performance is not faultless, after a year and a half without live music, it feels like something special.

He tells fans it feels weird finally playing gigs again after the pandemic, exclaiming 'f*** Covid' to the delight of fans.

The band's extensive back catalogue is evident with a setlist of songs spanning several decades, including classic crowd-pleasers such as Blue Monday, True Faith and Temptation.

They also play their latest single, Be A Rebel, which was released last year, alongside some other more recent tracks.

Plastic, which features vocals by Denise Johnson, is dedicated to the Manchester singer who died suddenly last year.

As the laser-lit show comes to a close, the band disappear momentarily – but the crowd calls for their return, repeating 'Love Will Tear Us Apart'.

The encore is a trio of Joy Division songs, starting with Decades which slows down the pace while the face of former frontman Ian Curtis, who took his own life in 1980, appears behind the band.

Hot on the heels of their Halifax show earlier this week - their first in 18 months - the set is almost unchanged.

Tutti Fruiti is replaced by The Perfect Kiss and Atmosphere is scrapped in the encore.

The only element of the evening which did not live up to expectations was the weather.

But earlier forecasts of rain did not come to fruition and crowds danced dry all night long.