BLINK and you could miss the action.

The usual glassy surface of Lake Macquarie is about to be torn up by competitors like Lake Munmorah's Kaine Casson - as the Fast and Loud Festival roars to life.

It's not for the faint of heart, with boats flying at speeds up to 200 kilometres per hour and competitors ripping through two to three motors each race.

"I started off racing cars, motorbikes and speedway and all of the wasn't for me," Casson said.

"Growing up I watched my mate Kye racing boats, then I got the bug and it went from there.

"It is quite a unique sport, it's not real big but we're trying to grow it and what we're doing now is helping it a lot."

Held from May 13 to 22, the festival's opening weekend will showcase the local round of the Offshore Superboat Championships - fanging their way from Warners Bay to Marmong Point.

There should be few complaints about nothing to do - with air racing champion Matt Hall showing off his aerobatic skills, a Saturday night concert at the Multi-Arts Pavilion with Russell Morris, live entertainment onshore with a licensed bar for the parents and rides for the kids.

The next weekend the Australian Formula Grand Prix Powerboats hit the water, along with live entertainment, a classic car show, the Lake Macquarie Food and Wine Festival, motocross shows and Paul Bennet Airshow displays at Rathmines.

"Businesses have been doing it tough, this will get people out and about spending money, enjoying the sunshine and having a great day out on the water," she said.

"The community is really excited to come out and about with superboats on the water, the sound, the speed, just watching that excitement."

With eight competitors within 200 points of each other in the Australian Formula Powerboat Grand Prix, president Gavin Simmons said it's bound to be close.

"It's high action, high speed activity on and off the water for everyone," he said.

"Traditionally it's a family generated sport, people come into it through their families, but at the moment we're getting a couple of ski racers and some offshore guys coming back into circuit boat racing so it's great to see new competitors in our sport."

The race will see competitors from all across the country down at the lake.

For those looking for the best vantage point, Warners Bay foreshore and Marmong Point are the places to be.

The action will shift to the western side of the lake for the second weekend, except for the Belmont festival. 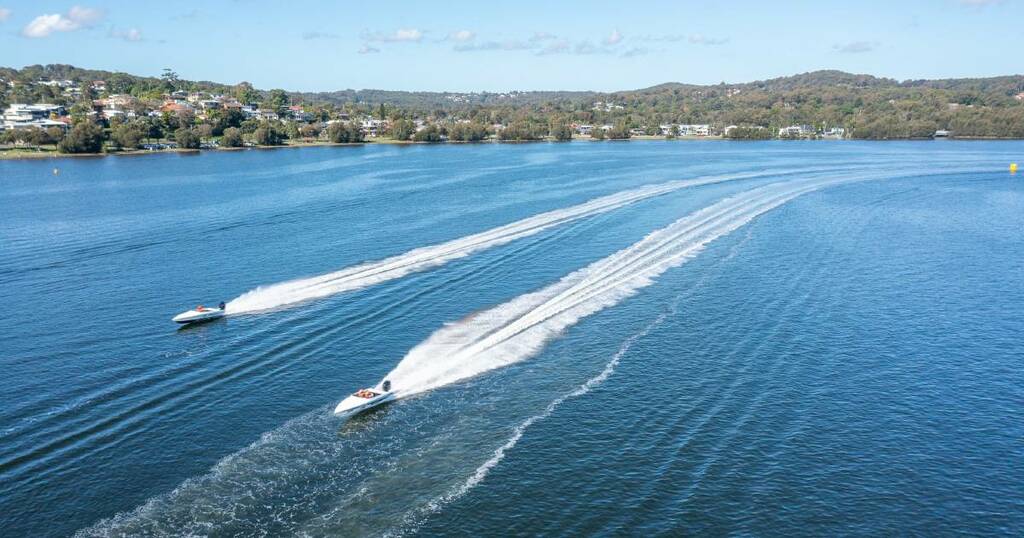 Fast and loud hits the lake
Superboats sped around the lake at up to 200kmh.

Newcastle Herald
Election podcast: What's at stake in the battle for Shortland

Flanked by the Tasman Sea and Lake Macquarie, the seat of Shortland can feel like an island, but the challenges…