Revenues of engineering, capital goods firms to be up 15-17% this fiscal: Crisil 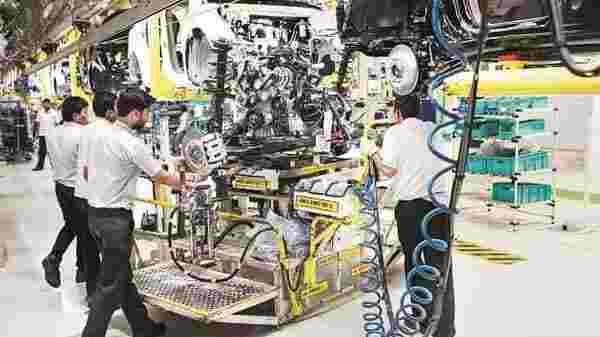 NEW DELHI : In a reflection of a growing uptick in the Indian economy, the revenues of engineering and capital goods firms is expected to go up by 15-17% this financial year, said Crisil Ratings.

“Healthy order book, improved profitability to support credit profiles, government thrust on infrastructure, including through higher budgetary allocation, and economic recovery will lift the revenues of the engineering and capital goods companies by 15-17% this fiscal, more than making up for a 3% contraction last fiscal," Crisil Ratings said in a statement.

“The order book of engineering and capital goods companies remains healthy at ~ ₹2.3 trillion (1.7 times of FY21 revenue). Orders from sectors such as industrials, infrastructure, railways, construction and mining equipment are rising, while those from the power and heavy electrical sectors remain sluggish. Net-net, a pick-up in execution after the second wave should support revenue growth this fiscal," Anuj Sethi, senior director, Crisil Ratings said in the statement.

“While working capital requirements will increase, higher cash generation and prudent capital expenditure (capex) will keep credit profiles ‘stable’, a Crisil Ratings analysis of 42 companies, with aggregate revenue of ₹1.30 trillion and accounting for about 55% of the sector’s revenue, shows," the statement said.

India has been working for a reset of its logistics sector involving railways, highways, inland waterways and airports to put in place an effective transportation grid. This comes against the backdrop of logistics comprising about 13% of total costs for Indian companies, making exports uncompetitive vis-a-vis China.

“Also, a 26% increase in budgetary allocation for infrastructure this fiscal bodes well for order flows," the statement added.