Revealed: The disastrous Nottingham Forest stats that tell their own story as pressure mounts on Chris Hughton 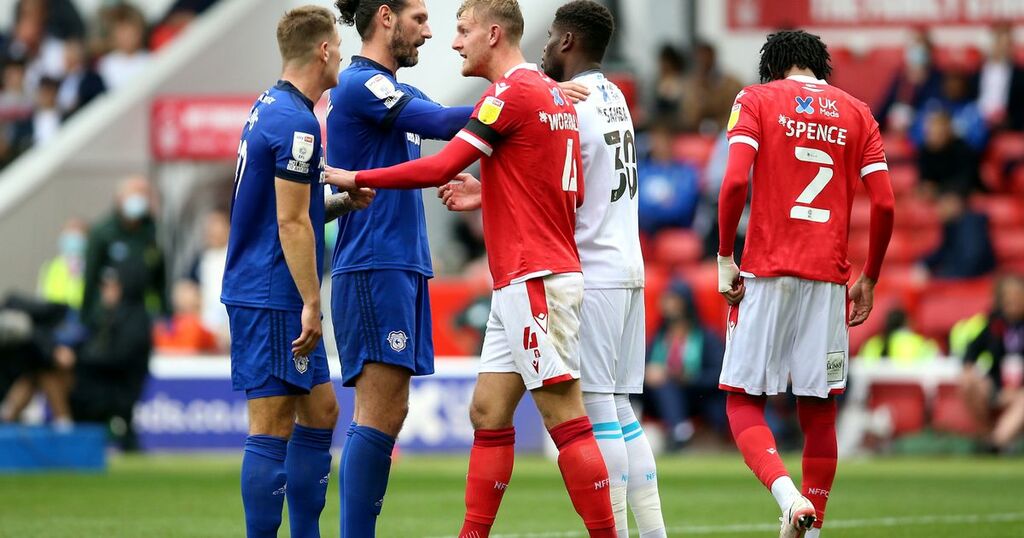 It seems that as every day goes by pressure continues to mount on Nottingham Forest boss Chris Hughton.

After what has been only described as a disastrous start to the season, the Reds find themselves rock bottom of the Championship after six matches.

To say they are slipping away from their league opponents may be a premature assumption, but to be four points adrift of safety after the first international break is a huge concern.

Pressure was already on Hughton prior to the two-week break with fans regularly chanting the name of his predecessor, Sabri Lamouchi, as well as directing a chorus of boos and less-than-clean chants towards the former Brighton & Hove Albion boss.

With the Reds having fallen victim to yet another defeat on Sunday, September 12, against Cardiff City, Nottinghamshire Live has taken a look at some of the statistics surrounding Forest's awful start to the season.

Worst start to a campaign in 108 years

That run, Forest's worst start to a season in 66 years, set a pretty low bar for Hughton to beat going into the 2021/22 campaign.

Having been appointed at the City Ground shortly after Lamouchi's exit was announced, the first international break of last season was an opportunity for the Reds to regather their thoughts and kick-on in the Championship - something they achieved immediately with a hard-fought 1-0 win away to Blackburn Rovers.

This season, however, the ex-Norwich City boss has found himself on the wrong side of a rather torrid statistic.

Forest's one point from five Championship matches means they have endured their worst start to a season in 108 years.

When Lewis Grabban turned home Max Lowe's drilled cross on 23 minutes, there was a glimmer of hope that Forest had perhaps turned a corner.

The Reds had taken the lead for the first time since a 2-1 defeat to Coventry City at the start of August but, similar to that opening day clash, Hughton's side could not hold on.

Goals from teenage substitute Ruben Colwill stole the points from Forest, however, and transformed the atmosphere at the City Ground into a rather toxic one.

One major point of concern to be taken from their latest defeat, however, was Forest's inability to enter the opposition penalty area.

The Reds managed just eight touches inside Cardiff's penalty area - one of which was Grabban's 23rd minute goal.

Inefficient in-front of goal, if they shoot at all

Overall Forest managed just one shot on target throughout the full 90 minutes from their seven attempts on Cardiff's goal; in comparison, Cardiff set a new club record for most shots on goal in one match this season, peppering Brice Samba with five on target from 21 attempts.

Rather concerning for Forest, this is not the first time they have struggled to record a shot on target.

Before the international break, the Reds managed four shots on target against Derby County. But in the two matches before that - against Wolves (League Cup, 4-0 loss) and Stoke City (League, 1-0 loss) - they failed to record a single shot on target.

Last season the issue was Forest's inefficiency in goal. The Reds had a high expected goals rate - the statistic used to measure how many goals a team should be scoring from the chances they create - but had a low success rate in finding the net from their opportunities.

At least then fans could take hope that they were creating chances to score and it could result in a fine run of goal scoring form; this season, however, they are failing to create dangerous chances and have an expected goals rate of just 3.2.

The Reds have conceded the fourth most goals in the league so far this season (10) and are beaten by only Luton Town (10), Peterborough United (14) and Reading (16).

Their expected goals against standing, however, has them as having the third tightest defence in the Championship with just 4.67.

Defensive changes will be needed by Forest as the Reds are conceding from chances that they should ordinarily keep out.

Is it time for managerial change at Nottingham Forest? Let us know in the comments section here...