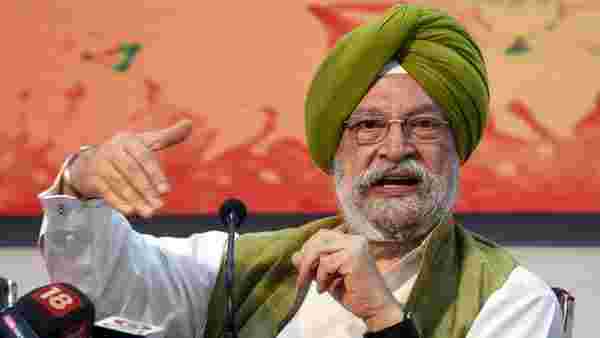 NEW DELHI : India and the US have added a fifth track on ‘emerging fuels’ as part of US-India Strategic Clean Energy Partnership (SCEP), said India’s petroleum and natural gas ministry.

This came against the backdrop of India’s petroleum and natural gas minister Hardeep Singh Puri on Thursday co-chairing a virtual ministerial meeting with US energy secretary Jennifer Granholm to launch the revamped US-India SCEP.

“The two sides announced addition of a fifth Pillar on Emerging Fuels, which signals joint resolve to promote cleaner energy fuels. A new India-US Task Force on Biofuels was also announced to build on the scope of work on cooperation in biofuels sector," the statement said.

This comes against the backdrop of India’s push for new-age, emission-free fuels such as green hydrogen in fertilizer production and petroleum refining. Besides providing grid-scale storage solutions and feedstock for ammonia production, hydrogen can be used for fuel cell and is being leveraged for mobility applications and transportation.

Also, the Indian government aims to develop a ₹1 trillion biofuel economy, with the state-run oil marketing companies investing ₹10,000 crore for setting up 12 second generation bio refineries. This comes against the backdrop of the Union cabinet recently approving the national biofuels policy that will help India’s efforts to cut energy imports and carbon emissions.

"The SCEP is launched in accordance with US-India Climate and Clean Energy Agenda 2030 Partnership announced by Prime Minister Narendra Modi and President Joe Biden at the Leaders Summit on Climate held in April this year," the statement said.

With US pitching itself as a preferred energy partner, India has been recalibrating its crude sourcing strategy against the backdrop of the growing uncertainties to buffer its consumers from the spike in global prices.

US crude oil exports to India has increased against the backdrop of the Indian government working on diversifying the country’s energy basket with crude oil supplies from non-Organization of the Petroleum Exporting Countries (non-Opec) sources. India, the world’s third-largest oil importer has said that it will source crude oil from any country that offers cheaper and favourable terms.

“Minister Puri emphasized that the revamped clean energy partnership will intensify the efforts from both sides to take advantage of the complementarities that exist between US and India—advanced US technologies and rapidly growing India’s energy market, for a win-win situation through a cleaner energy route with low carbon pathways," the statement said.

This meeting comes in the run-up to United Nations Climate Change Conference to be held in Glasgow later this year. There hasn’t been much traction on the Green Climate Fund set up to provide developing nations $100 billion annually by 2020 to counter climate change. Also, India has been resisting the pressure of declaring a net zero emission goal.

“The two sides also announced rechristening of Gas Task Force to India-US Low Emissions Gas Task Force, which would continue to forge collaboration between US and Indian companies on innovative projects to support India’s vision of gas-based economy. The two sides also agreed to continue to develop better understandings on methane abetment under this task force," the statement said.