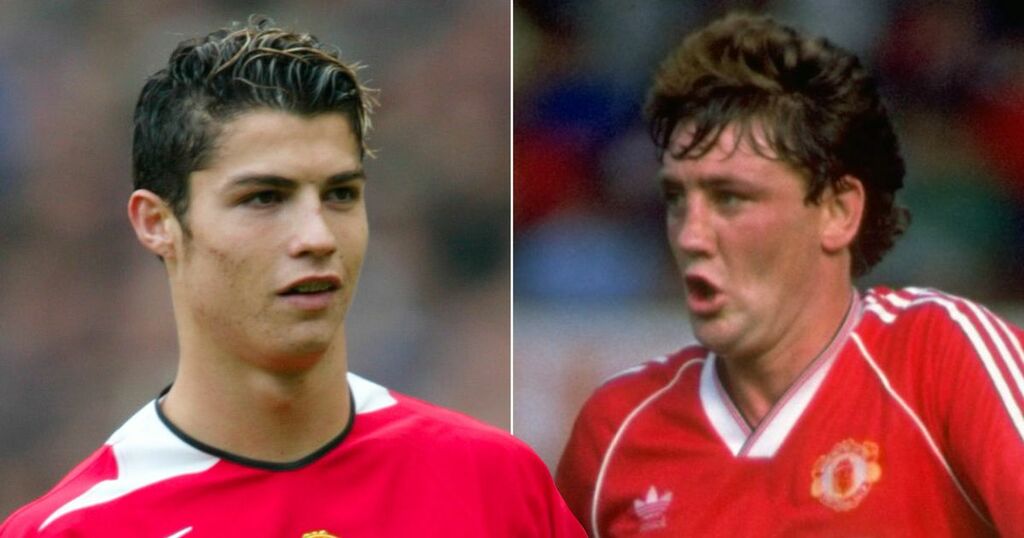 The much-feted Cristiano Ronaldo is going home to where his considerable reputation was initially forged.

But then the ill-fated Steve Bruce is also going back to where he made his name.

Which one will celebrate a triumphant return?

Oh, I know. I know. Don't all rush with your predictions!

Manchester United fans to a man (and woman) think it will be Ronaldo. Newcastle United supporters are convinced it won't be Bruce.

Who can blame either?

Our Portuguese superstar has struck a mind-blowing 785 for club and country in 1,073 matches. Newcastle's flimsy defence has leaked eight in three Premier League games to date.

Mind you, the pressure has been heaped on Man U to be the team of old ahead of their unveiling against the Mags. Maybe you expect Ronaldo to do it because he loves the drama of expectation but significantly manager Ole Gunnar Solskjaer has upped the ante too.

He has told his squad they are better than the 1999 treble-winning team and that the signing of Ronaldo makes them favourites for the title. Is he sure?

If Man U are so good but fail to deliver should the manager be sacked? Solskjaer is putting himself under as much pressure as Bruce but for vastly differing reasons at different ends of the table!

Ronaldo and Bruce are united through impressive Old Trafford backgrounds.

First time round Ronaldo scored 118 goals in 292 games including his only Man U hat-trick which came against Newcastle while Bruce over nine years totted up a massive 414 appearances with a healthy return of 51 goals.

Indeed in one momentous season 1990-91 Brucie, a centre-half remember, scored 19 times in 50 appearances which is a better goals per game average than a lot of strikers these times.

They were days of wine and roses of course before the trials and tribulations of management rook the sheen off life somewhat.

Cristiano is a different animal to what he once was of course. No longer a player of four stepovers and relentless dribble, he is much more static centre field and will go missing for long periods. However like a cobra he will then strike and that is what Newcastle's three central defenders will fear. Concentration will be key. One lapse can represent one goal.

There are footballers elsewhere in Man U plumage to serve up the other necessities. Mason Greenwood, Jadon Sancho and when fit Marcus Rashford will provide the pace, Bruno Fernandes and Paul Progba the guile.

Bruce will arrive on a downer come Saturday whereas Ronaldo has landed having just broken the all-time international goals record by reaching 111 for Portugal turning a potential 1-0 World Cup defeat into a 2-1 victory in the dying minutes of the game against the Republic of Ireland.

Newcastle are in a mess, deserted by owner Mike Ashley on transfer deadline day and facing the inevitability of a long relentless fight to stave off relegation.

Bruce will attempt to create a siege mentality - it is us against a cruel world - and it could be his best chance. Not necessarily at Old Trafford but over the full season.

What Bruce does on Saturday at three o'clock apart from pray I'm not sure.

However it would be impossible to be farther off target when talking about this game than Paul Parker, one of the many old Man U stars having their halfpenny worth.

"A lot of those Geordie fans cannot believe their luck that they have got a ticket for this and all of a sudden it's turned into a festival," gurgled Parker.

Are you kidding mate? Ask your old Fulham boss Malcolm Macdonald and he will put you right.

Cannot believe their luck?' A festival? These are the most proud and loyal of supporters. They don't give a fig for Man U or Ronaldo. They may be used to defeat but that certainly doesn't mean they walk away with a beaming smile and a chirpy 'aye, that was grand entertainment wasn't it? I loved that I did. Gimme more!'

By the way, a final thought: is Ryan Fraser setting an unfortunate trend or is he just plain unlucky?

Returning to his Tyneside base injured after international duty with Scotland is in danger of becoming a regular event.

Fraser, who has struggled with his fitness since arriving a year ago, missed the final nine matches of last season after picking up a groin injury while on Scotland duty in March and now has come back home on crutches with his right leg in a protective boot.

The man has started only nine PL matches for United in more than a season and is still without a goal. Hardly satisfactory for club or player.