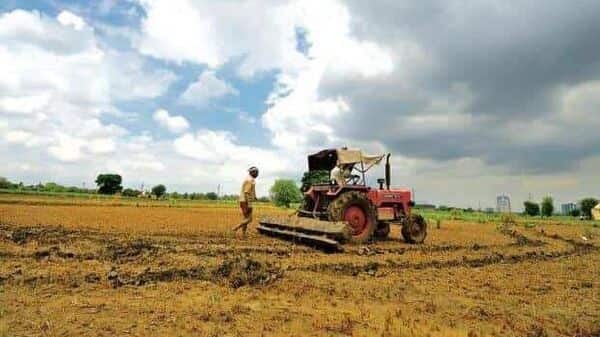 Reuters
India bans wheat exports as food security comes under threat
India prohibited wheat exports that the world was counting on to alleviate supply constraints sparked by the war in Ukraine,…

Sully-sur-Loire (France) (AFP) - French farmer Robin Lachaux is worried about his wheat.In normal years, it flowers and bulks up…

Return of the rodents: Australia’s farmers on high alert for another mouse plague

In Latham, in Western Australia’s wheat belt, the telltale signs of mice holes are everywhere on Dylan Hirsch’s canola farm.

As winter approaches, the rodents have moved in, digging up seeds before they’ve germinated and chewing his newly laid crop.

“The numbers are higher than I’ve seen and building,” he says. “In previous years, we saw isolated areas of paddocks which have had mice eating young seedlings.

“But this year we’re seeing mice activity right across some of our paddocks – as well as in the house and sheds.”

Australian farmers are on high alert for a second coming of the mouse plague that ravaged north-west New South Wales and southern Queensland last year.

Images of homes and crops overrun with record numbers of mice shocked Australians, and farmers are still recovering from the impact of losing millions of dollars’ worth of crops.

Martin says La Niña patterns that caused heavy, prolonged rainfall prevented a surge of mice this summer. But the same wet conditions also fostered a bumper harvest, which had left pastures heavily seeded and a lot of grain in the paddock for rodents to snack on.

“Even though there’s only low numbers, they’re becoming quite obvious around hay sheds and more elevated parts of paddocks,” he says.

In the central NSW city of Dubbo – hard hit last year – Andrew Johnson has begun trapping and killing mice. “They came from nowhere … it’s not one or two, it’s 20,” he says. “They’re not small.”

But the wheat belt of Western Australia has been worst hit.

“There are widespread high numbers [there]. They’ve got a nasty outbreak for the second year in a row,” he says.

“It’s a little unusual … but they did have a fantastic season last year and in some cases there was a lot of food left behind after the harvest as a result of hailstorms or frost.”

On Western Australia’s south coast, Max Szulc has caught more than 2,000 mice on his Esperance property in a matter of weeks.

“I’ve never had so many mice in all the time I’ve lived here,” he says. “It was a perfect summer breeding environment for the numbers to build up.

“I’m waiting for a weather event to kill off most of them.”

Some 500km closer to Perth, Braydyn Grylls is baiting on his farm in Bulyee, nestled in the state’s central wheat belt.

“We’ve never had mice problems here before. It’s the first time we’ve ever baited,” he says.

“They’ve increased in numbers and damaged our canola … It’s early stages but a good five metre squared around the holes they’ve chewed it off.

“I’ve seen them in the paddocks. They’re running riot through the house and sheds.”

Grylls puts it down to a high amount of feed left over from last year for the mice to eat, and the wet year getting them breeding early.

“I’ve dug some of the burrows up and you can see their new offspring in there – four or five ready to come out … that’s going to be the next plague,” he says.

The CSIRO’s Henry says as the weather cools, mice are moving into sheds and dwellings, and with lots of food around, they’re stocking their pantries.

“It’s not the broad, widespread outbreak we were seeing last year but we’re counselling vigilance,” he says.

Henry says farmers from Geraldton to the Mallee, Wimmera and the Riverina are spreading mice bait as they sow their winter crop to try to keep numbers down before breeding season in spring.

In an ominous sign of what may come, Henry says farmers he’s spoken to in Wagga Wagga have been “absolutely shocked” to find mouse holes littered across their paddocks after burning off in preparation to sow.

Other areas, like Maryborough on Queensland’s Fraser Coast, are reporting 20 to 30 mice in homes at night.

Last year, the NSW government introduced a rebate for the pesticide zinc phosphide bait as part if a $150m package to deal with out-of-control rodent numbers.

Henry urges farmers to get out and walk through their crops. “One of the key times farmers can deal with mice is as they sow their crop – it’s a good, strategic time to apply bait.”

The breeding season for rodents begins at the end of winter when, from six weeks old, mice can have up to 10 babies every 21 days. “As soon as they give birth, they fall pregnant with their second litter, there’s no break,” Henry says.

“Over in the west they’ve got a two-year trajectory where numbers went high, plateaued and have gone again in spring … We want to make sure it won’t be the same scenario in NSW, where they’ve been so badly affected.

“Given some crops are going to be worth a lot of money this year, it’s a form of insurance to keep those mice numbers low … so you can be on the front foot.”

NSW Farmers’ Martin says the state needs to remain “on alert” after the destruction of last season and monitor the infestation before food crops are spoiled.

“We know in the last plague what seemed to be low numbers exploded without a lot of warning into the springtime … It’s far easier to deal with these rodents proactively than to try and react once we have huge populations,” he says.

In Western Australia’s wheat belt, Hirsch is trying to be proactive to avoid a repeat of devastating scenes from NSW last year.

“We, like many farmers, are spreading mouse bait in our canola paddocks, which can be particularly prone to damage,” he says.

“The high price of grain and inputs means damage is greater risk to us than normal, which is making us more likely to bait to protect our crop, rather than wait and see.”

Reuters
India bans wheat exports as food security comes under threat
India prohibited wheat exports that the world was counting on to alleviate supply constraints sparked by the war in Ukraine,…

Sully-sur-Loire (France) (AFP) - French farmer Robin Lachaux is worried about his wheat.In normal years, it flowers and bulks up…