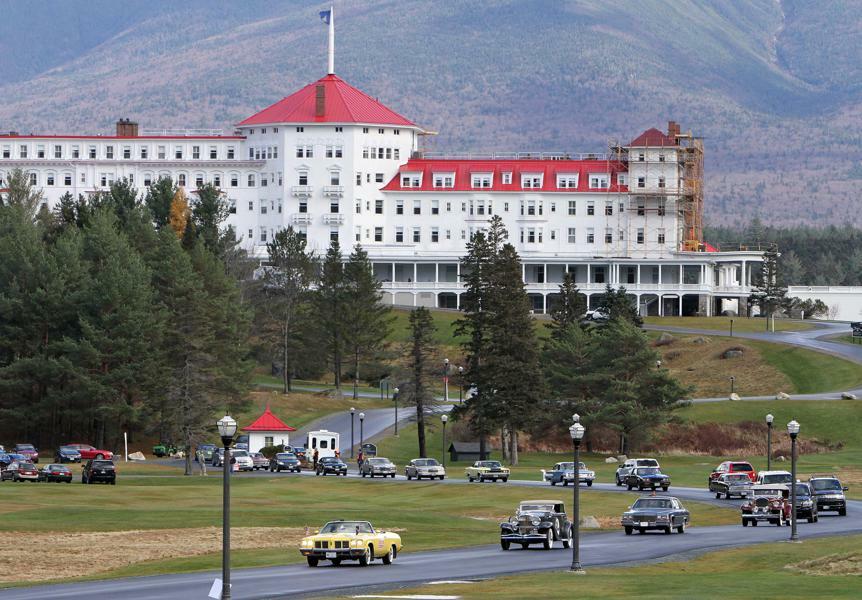 Why Rethinking of Bretton Woods?

Through a series of three articles, the 1944 Bretton Woods ambitions and edifices (US dollar as the global reserve currency, the IMF and the Worldbank) are assessed through the lens of six distinctive global trends: the free market doctrine, the dollarization of the international market, globalization, the health and quality of life paradox, polarization, and the absence of a nature-centric paradigm. The observations will serve as a base for a Rethinking of Bretton Woods conference, post COP26, in 2022.

This is the first article. You can find the second and third article here.

The 1944 Bretton Woods conference will be remembered as enacting the global and financial power shift from a waning British empire towards an emerging American empire. Battles were still raging on several continents when 730 delegates from 44 nations, including Russia and China, gathered in a White Mountains hotel in New Hampshire. They aimed to map the contours of the new financial world order.

Against a background of a colossal loss of life, human misery, and bombed-out industrial regions, the conference delivered three principal edifices. Backed by the United States’ leading creditor status, the US Dollar was accepted as the global reserve currency. The reserve currency status came with permanent gold convertibility at a fixed exchange rate. John Maynard Keynes had offered an alternative supranational currency, the Bancor. However, the US delegation swiftly swiped the multilateral construct off the negotiating table. Secondly, the World Bank was established to address the structural capital needs of developing countries. Lastly, the International Monetary Fund (IMF) was created as a clearinghouse to monitor and smoothen capital flows triggered by trade account imbalances between different member countries.

The Bretton Woods conference’s main takeaway was a rule-based, multilateral financial order. The US Dollar as the dominant anchor currency provided the solid foundation to the new financial order footing. It was an international financial structure shaped by, and in the principal interest, of the Second World War winner. That was then.

What has happened since to the Bretton Woods’ ambitions and the edifices it shaped and helped establish?

Over the last 75 years, several trends challenged the ambitions and outcome of the Bretton Woods conference, including the remit of the World Bank and the IMF. The emergence of six distinctive global trends, the free market doctrine, the dollarization of the international market, globalization, the health and quality of life paradox, polarization, and the absence of a nature-centric paradigm have been invasive and often destructive. They each and all thoroughly tested the foundations and boundaries of the new financial contours.

One August evening in 1971, the rule-based order got its first jolt when President Nixon announced the demise of the gold standard convertibility in the face of the escalating Vietnam war burden. That declaration laid the path for a global fossil fuel-based growth enabled by the commercial banks’ money creation duopoly with Central Banks. That growth trajectory has been unfettered by any monetary or regulatory constraint, the Dodd-Frank provisions (see further) apart. Other jolts would follow, each with a different level of intensity and impact. However, every single time it eroded the ambition and solidity of the magnanimous Bretton Woods premises.

The first trend was the ardent belief in the free market narrative, epitomized by Nobel prize laureate Milton Friedman and the Chicago School of Economics. A plethora of think tanks, such as the Heritage Foundation and the Cato Institute, provided further intellectual backing and momentum. Friedman and the Chicago School advanced that tepid government policy is to be favored over heavy-handed government intervention. It was an engaging narrative given the poorly run government institutions and companies post-World War II. These neoliberal economic principles were institutionalized under the political reigns of Reagan in the US and Thatcher in the UK in the early 80s. Privatization, scaled-down welfare plans, weakened trade unions, infrastructure investments and subsidies for oil and gas, tax cuts, military campaigns (Gulf Wars I &II (US), Falklands (UK)), the militarization of police forces, and accommodating monetary policies were among the signature policy and economic instruments. Central Banks were advised to target a neutral monetary policy, backed by long-term economic growth and moderate money supply expansion. Some of the policies were merely continued under Democratic rule in the US. The Chicago School economists, endorsed by a further 13 Nobel prizes, surprisingly hardly focused on leverage. Their abstraction of the money-creating capacity of commercial banks was disconcerting. Unbridled leverage had accelerated the number and frequency of financial crises, especially since the demise of the gold standard in 1971. To name just a few, there was the early 80s US Savings and Loans debacle, the 1982 Mexican debt crisis, the Black Monday stock market crash in 1987, the Japanese asset bubble in the late 80s, the 1997 Asian and the 1998 Russia crises and, in the same year, the collapse of hedge fund Long Term Capital Management. The Chicago School remains academically very cryptic about the nature of a crisis and the role of leverage. The narrow short-term focus, exemplified by the venerated quarterly reporting cycle, short-term capital account flows and now high-frequency trading, and by implication the obfuscation of intergenerational consequences create ever more frequent boom and bust cycles.

The solid financial footing sought after by the Bretton Woods delegates is hard to find today. A significant fissure in the Bretton Woods edifice is the $280 trillion (2020) outstanding total debt for governments, corporations, and households, representing 250% of GDP.

The free-market dynamic was further characterized by profound industrial and financial deregulation. By not pursuing anti-trust provisions, the food, banking, fossil fuel, tech and semiconductor industry have reached perturbing concentration levels, mortgaging competitive pricing, resilient supply chains and robust data privacy (the allure of free applications.) Financial deregulation reached its apogee with the repeal of the 1933 Glass-Steagall Act by the Clinton administration in 1999. The Gramm-Leach-Bliley Act allowed commercial banks to merge with investment banks. The money creation capability was allowed free rein to fuse with complex (capital markets, derivatives, and securitization) risk-taking activities. Singular profit focus coupled with accommodating monetary policy stirred the incongruent activity mix. Managerial inexperience and thin bench risk management acumen only worsened the odds. The 2008 financial crisis was a perfect storm waiting to happen. The emerging leverage groundswell set off the unruly undercurrents. The levies broke with the infamous act promulgation almost a decade earlier. It led to the Occupy Wall Street movement, bringing social inequality to the forefront with the coining of “the one-percenters.” Thomas Piketty provided the academic causal relationship by establishing that capital growth rates were always more significant than economic growth rates in developing countries.

The common thread of each financial crisis was the need for government intervention and taxpayers’ money to bail out failing incumbents. The 2008 aftermath saw the introduction of a non-traditional Central Bank monetary policy tool in the form of Quantitative Easing (QE). It is a policy that allows for a Central Bank to print money freely. It was also an essential complement to the newly introduced Dodd-Frank regulation, which drastically curtailed the banks’ money creation capacity by imposing formidable liquidity and solvency frameworks. The crisis also saw the appearance of Bitcoin. The digital, trustless global means of payment circumvents the need for a financial institution to ensure global payment execution. Bitcoin, notwithstanding its carbon footprint, also vies for a place as an alternative asset to the fiat currencies.

The QE instrument was retaken off the shelf to absorb the shocks of the global Covid-19 pandemic.

As a direct outcome, the four largest Central Banks, the Federal Reserve, The European Central Bank, the People’ Bank of China, and the Bank of Japan, now list more than $30 trillion in overall balance sheet assets. This statistic makes several Central Banks the sole market maker and price setter in Government Securities and sometimes even the dominant one in Corporate Bonds. It turned the neo-liberal approach on its head, but more importantly, it substituted one of the concrete pillars of the Bretton Woods gathering, already fragile with total debt outstanding of $280 trillion, into a clay one. The weaker pillar will struggle to address the intergenerational justice concern.

This is the end of the first article. You can find the second and third article here.