Retailers face slowdown as curbs return due to Omicron 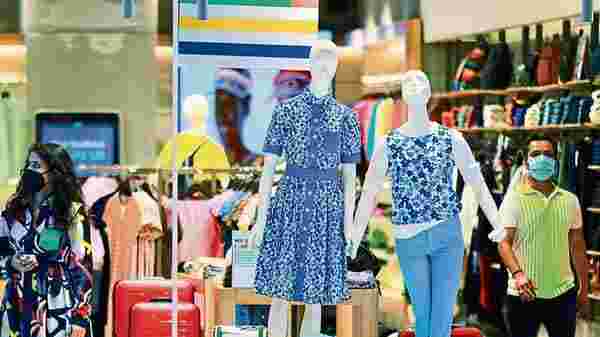 NEW DELHI: Retailers are facing yet another round of slowdown in sales as the increase in covid-19 cases drives consumers back indoors, and a fresh set of restrictions put a halt to discretionary shopping.

However, a surge in infections has left India in the midst of a third wave, prompting localized restrictions, such as curbs on operational timings of stores and imposition of the odd-even scheme in cities such as Delhi. The capital has also mandated curfew over the weekend.

Predictably, business is down in traditional markets and malls. For example, in Delhi, footfalls are down by 50% as shops selling non-essentials are allowed to open only on odd and even days.

“Footfalls are down to half from 30,000 on weekdays to 16,000 now. Retailers are still going ahead with the sales. So, they are giving excessive discounts, such as flat 50%, to ensure liquidating their stock," said Yogeshwar Sharma, executive director and chief executive officer (CEO), Select Infrastructure Pvt. Ltd, which runs Select Citywalk mall in Delhi.

Retailers typically put winter stock on sale this time of the year. Retailers reported brisk sales during the days preceding Christmas. However, in the first week of January, the business has been down by 30-35% compared to December, said Akhil Jain, executive director at apparel retailer Madame.

“Delhi NCR and Haryana are major markets for us. These two markets are under impact because of the partial and restrictive lockdowns. The numbers have gone down in January. We have started pulling back some inventory from the stores, which we can utilize in autumn-winter 2022," Jain said.

The retailer is cautiously planning inventory for the next three to four months, he said.

Retail sales grew 7% in December 2021 over December 2019 or pre-pandemic levels but slowed down month-on-month, according to the latest survey by the Retailers Association of India (RAI). Several retailers reported a significant dip in business towards the end of December, the association said in a note released earlier this week.

Shoppers have also turned cautious, keeping in mind the spread of the virus. “Footfalls have come down. People have become more cautious. Also, when they know that half the shops are shut, the intent to step out reduces. This leaves retailers sitting on very heavy (winter) inventory that could be useless next month," said Abhishek Bansal, executive director, Pacific Group, which operates malls in Delhi-NCR.

Footwear retailer Liberty Shoes reported a 30% drop in sales in the first week of January. “Footwear is not a necessity purchase. So, shoppers feel it can be postponed for 10 to 15 days. With offices getting to 50% capacity, a lot of people will be encouraging work from home. It’s a scary situation, especially for the more retail-centric brands," said Anupam Bansal, director of retail at Liberty Shoes. Close to 65% of the company’s sales come from north India, with January being an important month. Delhi-NCR comprises 20-25% of the company’s business.

Malls could see their rental revenues drop by 10% this fiscal because of the latest covid-19 linked restrictions, rating agency Crisil said in a note on Wednesday.

In Mumbai, where malls are open, the business has dropped too.

“We have seen a bit of drop in footfall and consumption in the last 10 days. Post-Christmas, the growth momentum that we have seen in Mumbai has definitely come down. We were very close to recovering 100% towards Christmas time. In certain categories, we even saw growth coming in. However, the minute we crossed Christmas, it started dipping, and the year started with quite a drop," said Rajneesh Mahajan, CEO of Mumbai-based Inorbit Malls.

However, several people argued that recovery could be “relatively faster" compared to earlier waves as covid-19 cases recede in the coming weeks.

Categories such as grocery, apparel, footwear, cosmetics, electronics, and luxury, which account for 75-80% of mall revenues, will recover quickly when the third wave wanes, Crisil said in its research note. It flagged a slower recovery for cinema halls and family entertainment centres. Crisil noted that restrictions for the ongoing wave within the top eight cities are expected to last only four to five weeks compared to seven to eight weeks of closure seen during the second wave.