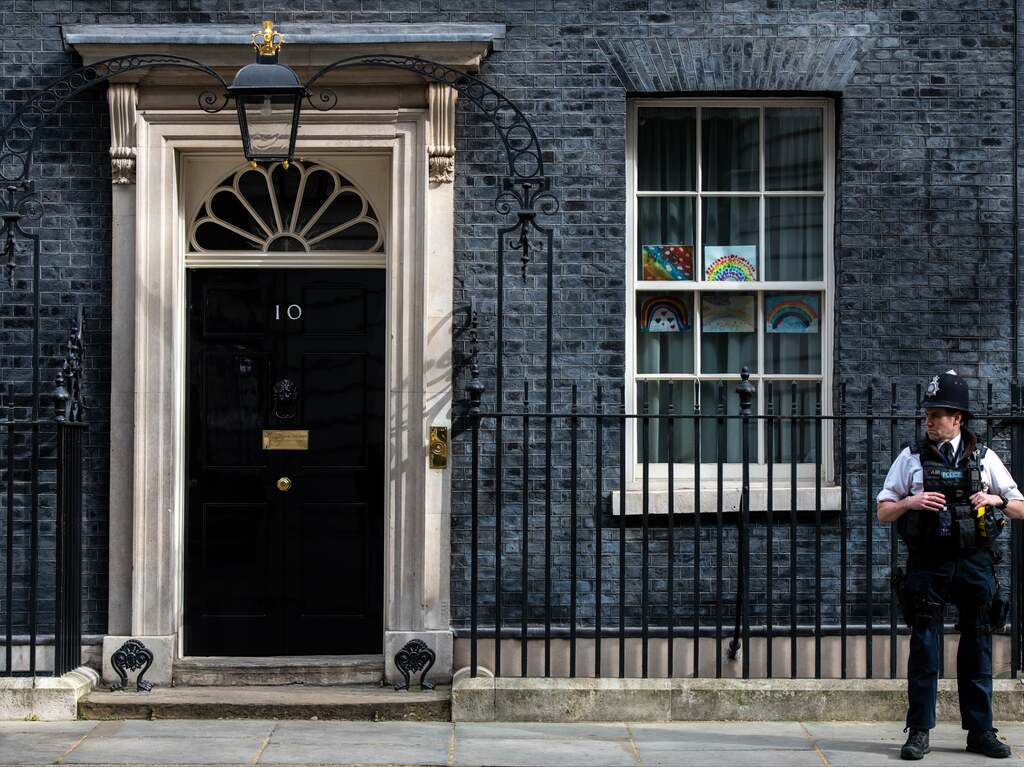 The Metropolitan Police have been blasted as a “total and utter disgrace” after their cautionary tweet – published on the very same day of the notorious Downing Street garden party – has resurfaced online.

The tweet, posted on 20 May 2020, prompted the nation to “stay alert” and carry out leisurely activities either on their own, with their household or with “one other person.”

It read: “Have you been enjoying the hottest day of the year so far?

“It is important that we all continue to #StayAlert,

“You can relax, have a picnic, exercise or play sport, as long as you are:

Have you been enjoying the hottest day of the year so far? 🌞

It is important that we all continue to #StayAlert

You can relax, have a picnic, exercise or play sport, as long as you are:

➡️ On your own
➡️ With people you live with
➡️ Just you and one other person pic.twitter.com/LAVe6DScQ5

Meanwhile, behind the scenes, No 10 had a lockdown-breaking party with over 100 members of staff invited to bring their own booze and “[hang] out” in the garden, according to a leaked email.

Around 30-40 staff members were said to have attended, including Boris Johnson and his wife, Carrie.

Just an hour before the planned party, cabinet minister Oliver Dowden informed members of the public at a live news conference: “You can meet one person outside your household in an outdoor, public place, provided that you stay two metres apart.”

Oliver Dowden{20th May 2020) on the day of the Downing Street, bring your own booze, party.

"You can meet one person outside your household, in an outdoor public place, provided that you stay 2 metres apart." pic.twitter.com/U1fk4Q58mR

Naturally, the nation was furious and turned to Twitter to express their anger at the double standards, insisting on a formal investigation. One accused the police of being “either absent or fully complicit,” while others quizzed the force where they were that day.

What were your officers at @No10Official doing on May 20th ?

It is simply not credible they could have been unaware of what was happening, they were either absent or fully complicit

This feels very damaging for Boris Johnson given (a) he was at the party (b) the email is evidence of the event.

Plus this is what he said at a No 10 press conference a few days later: pic.twitter.com/alSqQXQKq4

@metpoliceuk
I’d like to report a crime,
Here Is this evidence pic.twitter.com/XDuWUAwgeg

Please help as I don’t understand the law: is 100 bigger than 2

Id like to report a party of at least 100 people with alcohol at Downing Street, I take it you're going to make arrests?

Why when you weren't allowed to sit on a bench during your daily exercise are the people involved in a party where 100 people were invited not facing charges?

Remember when police were arresting people for buying Easter eggs because they weren't essential supplies? Yet somehow a BYOB party is A-OK?

How much evidence do you NEED to DO YOUR JOB, and open an investigation into breaches of Covid laws by Number 10, Conservative & other government staff?

The world is watching you. pic.twitter.com/qIrcQ9oAgs

There is always a tweet, now what are you finally going to do about another garden party at No 10, map below, 3 minutes to get there. You’re welcome @metpoliceuk pic.twitter.com/JaKsTUMjcG

Out of curiosity, were someone to hold a “Bring Your Own Booze” party for 100 people on the very day this advert came out, in a building guarded by the @metpoliceuk with the highest security in the land, would that meet the threshold for the @metpoliceuk to investigate?

According to ITV News, the leaked Downing Street email was sent by the prime minister’s principal private secretary, Martin Reynolds.

It read: “Hi all. After what has been an incredibly busy period it would be nice to make the most of the lovely weather and have some socially distanced drinks in the No 10 garden this evening. Please join us from 6pm and bring your own booze!”It also came five days after another party, where the prime minister and his wife were pictured with officials having wine and cheese in the garden.

“The Metropolitan Police Service is aware of widespread reporting relating to alleged breaches of the Health Protection Regulations at Downing Street on 20 May 2020 and is in contact with the Cabinet Office.”