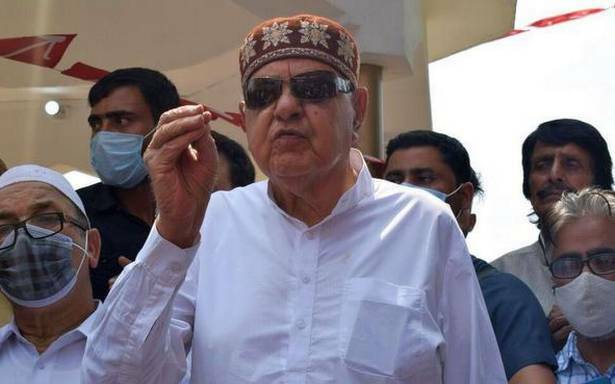 Former Chief Minister and National Conference (NC) president Farooq Abdullah on Wednesday said the Centre must restore Statehood before announcing elections and pledged to continue the fight for restoration of Jammu and Kashmir’s special status.

“Whenever elections are held, we won’t shy away and rather participate and win as well. The Centre must first restore Statehood before holding polls,” Dr. Abdullah said.

He was speaking during a commemoration function held in Srinagar on the 39th death anniversary of party founder Sheikh Mohammad Abdullah.

He said his party remained firm on the demand of restoration of Article 370 and 35A of the Indian Constitution and Statehood to Jammu and Kashmir.

To a question on Taliban’s takeover of Afghanistan and its likely impact, Dr. Abdullah said, “Afghanistan is a separate country. They [Taliban] must protect human rights in Afghanistan and follow Islamic principles in spirit. Taliban must build good relations with rest of the world.”