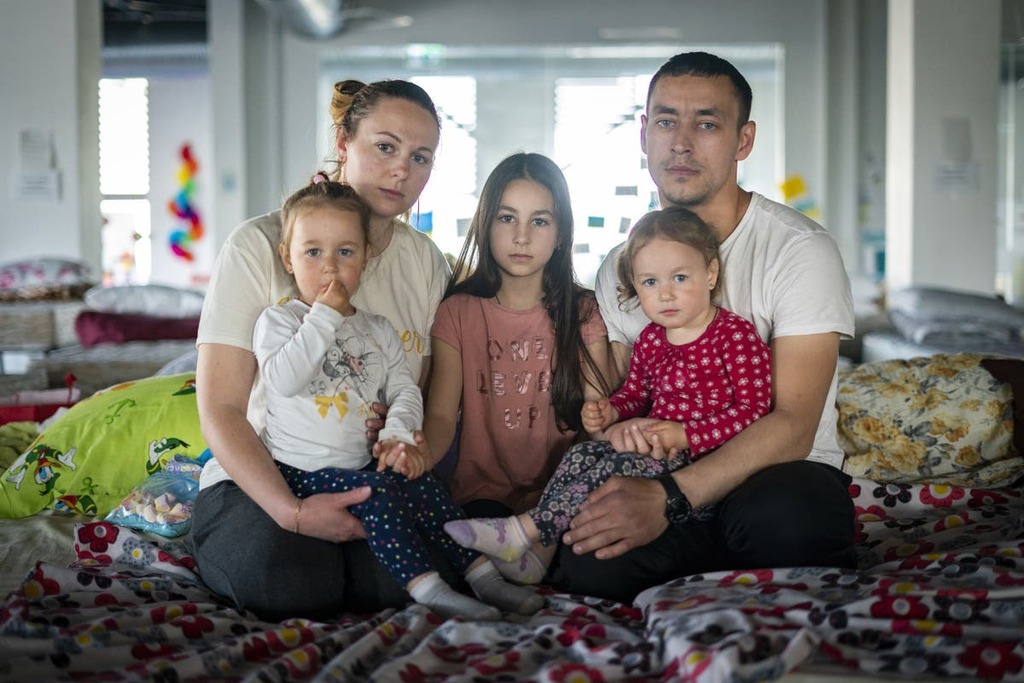 Ukrainian refugee: Family’s future unknown but we hope for something better
Elena Sidorova is planning to start a new life in Germany or Austria with her husband Vladimir and their three…

Milena Ivakova said she thinks fellow refugees have to help each other during the war.

The Independent UK
Ukraine refugee Inna Neklesa grateful for kindness of family, strangers, but wonders what is next

The Independent UK
One subscription that gives you access to news from hundreds of sites
Want to help Ukraine? Bring a needed skill or stay home and send money
LOS ANGELES — Two days after Russian forces invaded Ukraine, the World Health Organization issued a global request: The war-torn… 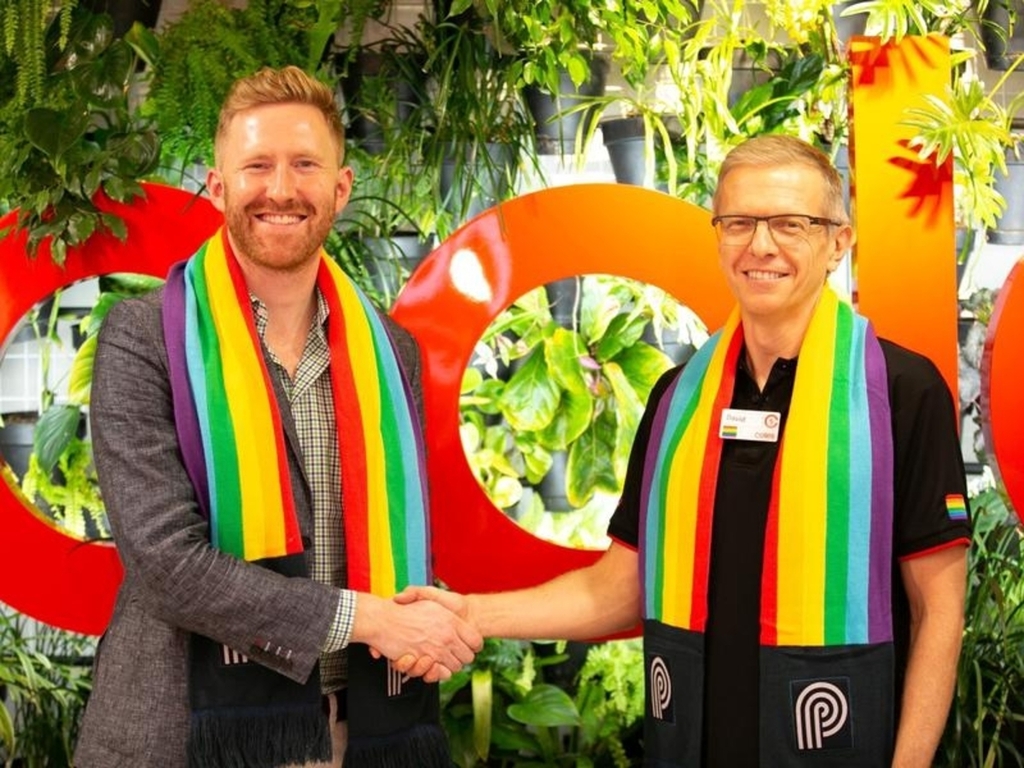 On April 5, veteran aid worker Jessica Letch stepped off a plane and into the arms of her excited children, aged three and five, in Melbourne.

She had been in Europe for five weeks as deputy head of emergency operations for the International Red Cross's entire Ukraine response — figuring out how to support people in Ukraine and those fleeing to neighbouring countries.

It is likely to be her last emergency response mission for a while.

After 18 years working internationally, and 22 years with the Red Cross, she is hanging up her "field boots" to concentrate on parenting duties.

"I dream of taking the family away again one day and being able to experience living abroad again," she said.

Ms Letch has served in disaster and conflict zones in close to 30 countries including Liberia, the Philippines, India, Bangladesh, Malaysia and, most recently, Ukraine.

Her work involved setting up systems to ensure local Red Cross workers can access the supplies, people, and support they need to assist people on the ground.

While some things were similar to previous conflicts, Ms Letch said the amount of popular support for displaced Ukrainians was "really unique".

"I would really like to see that we can provide that level of support to all people everywhere," she said.

Globally Ms Letch said there were "a lot of forgotten crises".

"We need to remember that there are still people affected by the situation in Syria, in Myanmar, and Cox's Bazar [in Bangladesh]," she said.

At the start of an emergency response mission, Ms Letch said it was normal to be working 14- to 16-hour days.

"You are constantly responding to information, developing plans, getting them approved, and getting the resources down to the ground.

"It's amazing to be part of a team that is working so intensively."

Ms Letch met her partner in Melbourne in 2013.

They had two months to get to know each other and decide if the relationship could work before Ms Letch was scheduled to fly to Vietnam for her next international posting.

"We got along very well," Ms Letch said.

"I had to rethink how much I was travelling if I wanted to maintain a relationship and have a family."

In 2019, Ms Letch and her partner moved to Malaysia for a job with the Red Cross with two young children in tow.

While she said the life of an aid worker was "amazing, and really enriching for children", being overseas when the pandemic hit was hard personally and professionally.

"It was very stressful not knowing when I could get back to my family and at the same time I was leading the [Red Cross's] COVID response in the Asia Pacific," she said.

"In the beginning, we were leading the world in the COVID response because we were the first to be impacted."

After working through the pandemic, and in multiple war and disaster zones, Ms Letch made the difficult decision to resign from the Red Cross to focus on her family.

"It was really hard seeing my five-year-old's face crumple as they dropped me off at the airport," she said.

"I needed to be part of that first rotation in Ukraine and get things up and running, and then come back and pick up my responsibilities as a parent."

Ms Letch said she had always been "really proud" of her work with the Red Cross, and it felt good to have that work acknowledged.

"I know how important it is to the people affected by disasters and crises."

She was also really proud to have her mum there to see her receive the award today.

Despite Ms Letch having spent most of her career overseas, her mother doesn't have a passport.

Life as an international aid worker

After studying social work, Ms Letch got a job with the Red Cross in their Australian refugee program.

"Once I got to know the stories of some of the refugees in the community, I was really interested to continue working with the Red Cross in some of those countries," she said.

Her first international mission in Angola was incredibly formative.

Ms Letch's job was to try to reunite hundreds of children who had been working for fighting forces with their families.

If they managed to figure out where a child was from, the Red Cross would transport them back to their homes sometimes halfway across the country.

"We travelled across the savannas, past lions and elephants," she said.

"The emotion of those family reunions, mums seeing their children for the first time in years, is hard to forget."

Working for the International Committee of the Red Cross in Africa was a dream job for Ms Letch, but it was also "really tough".

"I was really cut off from the rest of the world, I had 12 CDs with music on them and most nights the electricity wasn't strong enough to turn the CDs in the little CD player I had in my house," she said.

While flying into a conflict zone could be confronting, Ms Letch said returning home to Australia had its own challenges.

"Every return is different in terms of the things that you've seen and experienced, how you feel about all of that," she said.

The Red Cross has a structured debriefing program where aid workers get to discuss their experiences with a psychologist.

"It's your opportunity to stop and think about what you've just experienced, what it means for you," she said.

"And also to kind of reset and think about what's coming in the next weeks and months for you."

For Ms Letch, the coming months will involve spending more time with her kids and her partner in Melbourne.

Red CrossUkraineAustralian Red Cross
Sign up to read this article

Ukrainian refugee: Family’s future unknown but we hope for something better
Elena Sidorova is planning to start a new life in Germany or Austria with her husband Vladimir and their three…

Milena Ivakova said she thinks fellow refugees have to help each other during the war.

The Independent UK
Ukraine refugee Inna Neklesa grateful for kindness of family, strangers, but wonders what is next

The Independent UK
One subscription that gives you access to news from hundreds of sites
Want to help Ukraine? Bring a needed skill or stay home and send money
LOS ANGELES — Two days after Russian forces invaded Ukraine, the World Health Organization issued a global request: The war-torn…