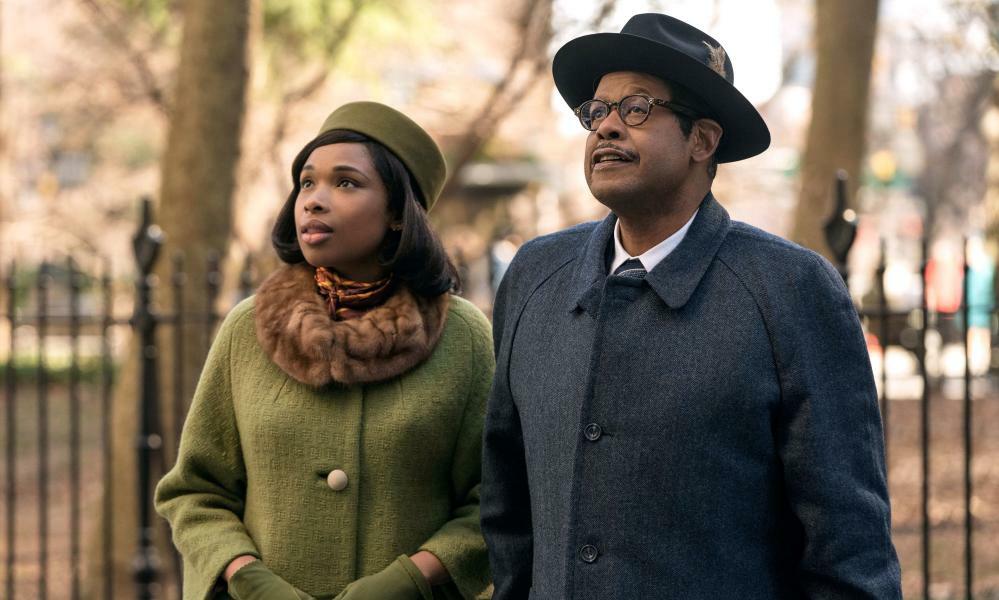 At one moment in this very respectful film, a worried supporting character says: “I can’t do this any more.” Maybe none of us can. The spoofability of music biopics has been a known quantity for so long that perhaps, through some quirk of the collective creative unconscious, they have just reabsorbed the cliches, reinforced and clarified them as a proven formula for success. But what if the troubled lives of pop icons aren’t like this? What if they can’t be reduced to flashback abuse vignettes, recording studio rows, early-success montages of album and magazine covers, marital breakdown crises, booze nightmares and final redemption scenes before the final credits over which, in time-honoured biopic style, we see footage of the less conventionally attractive real person?

Jennifer Hudson tries her hardest with the role of soul legend Aretha Franklin, but there is quite frankly a lot of hammy and inert acting going on here. Scene follows scene and facial expression follows facial expression with a bass-drum clunk, transitions which might work better on Broadway. Having said this, Hudson is not supported by a script that skates over the difficult stuff and acknowledges the unhappiness and pain in her life in only the most generalised and evasive way. We see Aretha as a little girl, sleeping happily in her bedroom in the family home in Detroit, Michigan in the 1950s. Her dad, the renowned minister CL Franklin – a role to which Forest Whitaker lends his formidable presence – is in the habit of actually waking her up, and making her come out to the living room in her nightgown and sing rather adult songs for his somewhat louche party guests: Ella Fitzgerald’s My Baby Likes to Bebop. The movie suggests that one of these guests almost certainly abused the young Aretha.

Later, Aretha marries the highly unsuitable and violent Ted White (Marlon Wayans) and gets a recording contract with Atlantic Records’ Jerry Wexler (Marc Maron). She struggles to find a sound – but eventually, through the passion and trials of her personal life reinvents the Otis Redding song Respect as her personal anthem and musical manifesto of liberation, an inspired pop-cultural declaration of war against racism and sexism.

Abuse, misogyny and exploitation were certainly facts of life that Franklin would have had to transcend. But the film mentions almost in passing her two children from an early relationship and having hinted at the almost tragic, enigmatic relationship with her father, it can’t find a way of fitting that complexity into the biopic template. A more ambitious film would have tried to get to grips with this centrally important relationship, and made it the whole point of the drama. Fans of the recently rediscovered documentary filmed record of her live soul album, Amazing Grace know that the Mr Franklin Senior had a habit of bustling forward and mopping Aretha’s brow while she was actually singing – an endearing, unnerving habit that is actually shown here. They were very close. But this film is always straining to typecast Aretha’s father as the stern preacher-man and paterfamilias from whom Aretha had to break free. But it wasn’t as simple as that; the tender, shrewd, music-savvy Mr Franklin who pushed Aretha’s career and had a lively, cosmopolitan mix of friends can’t be fitted into that stereotype.

This is a long, laborious movie whose every scene feels hackneyed at some level and which is always drifting towards its own misjudged secular gospel of simplistic salvation and life lessons learned. But an artist’s life is more complicated than that.

• Respect is released on 10 September in cinemas.