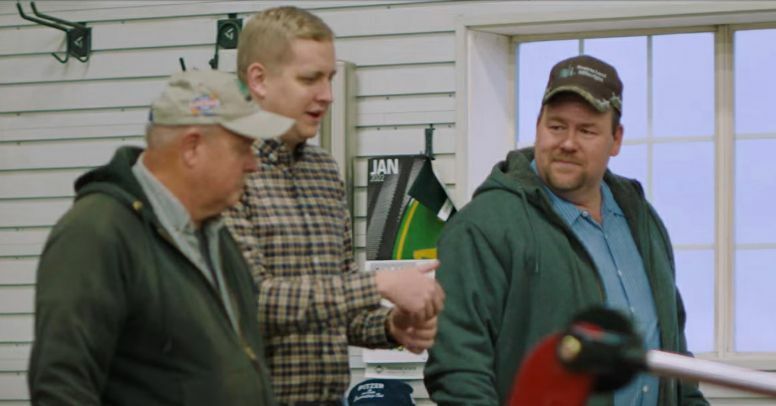 Demmer, a resident of downstate Dixon, has been a state legislator since 2013, steadily working his way up the GOP leadership ranks, but in the campaign video he released on Tuesday, Demmer cast himself as a sort of outsider.

Calling himself a fiscal watchdog, Demmer slammed his Democratic opponent as a member of the “tax-and-spend Springfield crowd” and part of the “Springfield machine.”

Demmer has served as one of the House Republicans’ point people negotiating the state budget. A previous member of the Lee County Board, he previously served as director of innovation and strategy at the Katherine Shaw Bethea Hospital in Dixon.

“Tom Demmer is exactly who we need in Illinois as Treasurer. He is going to be the state’s fiscal watchdog and show the same courage and leadership in doing it as he did investigating Mike Madigan’s scandals. Tom has my full support,” the top House Republican said in a statement.

Along with fiscal oversight, former House Speaker Mike Madigan is likely to be one of Demmer’s key campaign themes.

Madigan stepped down nearly a year ago after he was implicated in a years-long bribery scheme in which ComEd is accused of sending $1.3 million to Madigan associates for doing little or no work while the utility hoped to land the Southwest Side Democrat’s support for legislation.

Demmer served on a special bipartisan legislative panel that Republicans called for in 2020 to investigate Madigan’s dealings with ComEd.

Madigan has not been charged with any crime and denies any wrongdoing. But the scandal derailed a political career that stretched back to the days of Chicago Mayor Richard J. Daley.

In his announcement video, Demmer includes an image of Madigan and Frerichs side by side and calls the incumbent state treasurer a “cog in the corrupt Springfield machine.”

Demmer also slammed the treasurer for voting for tax increases while serving as a state legislator and alleged Frerichs “wants to tax your retirement,” referencing a comment the Democrat made in 2020 during Democratic Gov. J.B. Pritzker’s unsuccessful push for a graduated income tax. Frerichs was quoted in media reports as saying a graduated tax system would “make clear you can have graduated rates when you are taxing retirement income.”

Frerichs has repeatedly tried to walk the comment back after opponents of Pritzker’s tax plan seized on it.

That walk-back continued on Tuesday.

Frerichs said he has “repeatedly” said that he doesn’t support taxing retirement income and questioned if Demmer understood the responsibilities of the job.

“I think in his announcement he showed he doesn’t understand the job he’s running for,” Frerichs said. “He claims he wants to be a fiscal watchdog and overlook spending. He should know that the comptroller is the person who writes checks in the state of Illinois.”

Demmer’s announcement did not come as a surprise. The Republican hinted in a December 2020 interview with Capitol News Illinois that he was considering running for statewide office.