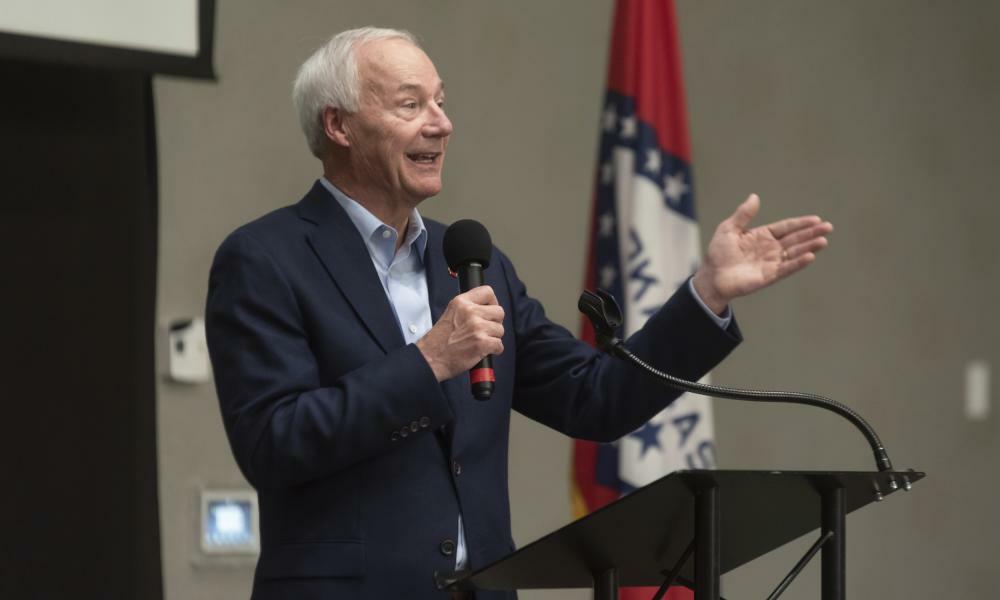 The political sparring match over Joe Biden’s new vaccine mandate continued on Sunday with one Republican governor blasting the measure as “counterproductive” and the White House insisting it was necessary to end the coronavirus pandemic.

Asa Hutchinson, the governor of Arkansas, added to the growing Republican backlash on NBC’s Meet the Press, telling host Chuck Todd that the president’s directive to make the Covid-19 vaccination compulsory for businesses of greater than 100 employees was “an unprecedented assumption of federal mandate authority”.

Several other red-state governors, including Ron DeSantis of Florida and Greg Abbott of Texas, have threatened to sue the federal government, arguing that Biden was acting unconstitutionally when he imposed the mandate, which will require the Covid-19 vaccine for millions of American workers, health workers and federal employees.

“It really disrupts and divides the country,” Hutchinson said. “It divides our partnership between the federal government and the states and it increases the division in terms of vaccination when we should all be together trying to increase the uptake.”

As hundreds of Americans continue to die each day from the virus, the federal Centers for Disease Control and Prevention (CDC) reported Sunday that 178.3 million people in the US were fully vaccinated, accounting for 53.7% of the population, while 209.1m (63%) had received at least one dose.

Biden showed frustration with the figures when he announced the mandate at the White House on Thursday, stating: “Many of us are frustrated with the nearly 80 million Americans who are still not vaccinated even though the vaccine is safe, effective and free.”

His message was echoed by the US surgeon general, Vivek Murthy, in his own appearance on Meet the Press, who said that the US had needed to move to “the next phase” of pandemic response because of the highly contagious Delta variant.

“From the beginning the president and all of us have said we’ve got to use every lever we have in order to fight this pandemic,” Murthy said.

Asked about the political opposition to the mandate, and governors claiming the regulation was unconstitutional, Murthy said: “One of the things that we cannot afford to do during this pandemic is allow the Covid-19 experience to turn us against each other. Our enemy is the virus. It is not each other.”

In a later appearance on CNN’s State of the Union, Murthy was questioned about the resistance from Hutchinson and Ohio’s Republican governor, Mike DeWine, who have both partnered with the Biden administration over Covid.

“From time to time there will be disagreements on policies, but that doesn’t mean that we don’t stop dialoguing and working with one another,” he said.

“The reason that we’re pursuing some of these requirements is, again, we know a lot of businesses have welcomed it.”