As it turns out, Kylian Mbappé isn’t going anywhere.

Despite making a summer transfer request last year and allowing his PSG contract to expire when it wasn’t granted, Mbappé will stay with the Ligue 1 champion, snubbing Real Madrid—for the time being, anyway.

Mbappé reportedly spoke with Real Madrid president Florentino Pérez to inform him of his decision and also communicated his intentions to PSG coach Mauricio Pochettino and his teammates, per ESPN. He has signed a new three-year contract that will run through 2025 and was presented on the field with a shirt to display as much prior to PSG’s season-ending match vs. Metz.

"I would like to announce that I have chosen to extend my contract at Paris Saint-Germain, and of course I am delighted. I am convinced that here I can continue to grow at a club that provides everything necessary to perform at the highest level. I am also delighted to continue to play in France, the country where I was born, where I have grown up and where I have made my name,” Mbappé said in a statement.

“I would like to thank the president, Nasser Al-Khelaïfi, for his trust, his understanding and his patience. I would also like to thank all the fans of Paris Saint-Germain, both in France and around the world, for their support, especially in recent months. Together, side by side and ambitious, we will make magic in Paris.”

As if they payday weren’t enough to celebrate, Mbappé wasted little time getting on the scoresheet Saturday with two goals in the first 28 minutes, and a third to cap his hat trick shortly after halftime.

His decision is the culmination of a yearlong process that nearly took a drastic turn last summer, when Madrid tried to pry Mbappé from PSG during the transfer window. Mbappé confirmed that he had asked for a transfer despite his contract having a year to run, but he could have signed a pre-contract with Real Madrid as early as Jan. 1 had he wanted to fully commit. Instead, he stayed true to his word, focusing on the PSG season and waiting until the end to decide about his future while the Parisian club made overtures to convince him to stay for the long term.

"I stayed and I’m really happy," Mbappé told L’Équipe last fall. “At no point during the season will you hear behavior along the lines of, ‘You didn’t let me leave, I’m going to take it easy.’ I have too much love for football and too much respect for the club and for myself, to take it easy even for one game. With regard to my situation, we haven’t been discussing a renewal for a month and a half, two months, since I said I wanted to leave.

“I’ve been in football long enough now to know that yesterday’s truth is not necessarily today’s, nor tomorrow’s. If I was told that Messi was going to play at PSG, I wouldn’t have believed it, so you never know what’s going to happen.

"We’re far from [committing to stay], seeing as I wanted to leave this summer. I’m not going to act like a hypocrite. ... This summer my ambition was clear, I wanted to leave and put the club in the best circumstances to bring in my replacement.”

Ultimately, no replacement will be necessary, at least not this coming summer. PSG’s offer was strong enough for Mbappé to spurn a move to the club he has reportedly longed to play for since he was a boy. A now-famous photo of Mbappé circulated a few years ago of the player sitting in his boyhood bedroom, which was covered with posters of Cristiano Ronaldo playing for Real Madrid. For now, Los Blancos, who eliminated PSG from the Champions League in the round of 16 this season and will play against Liverpool for the title in Paris on May 28, will remain an adversary.

Mbappé, meanwhile, stays at PSG and continues to team with Lionel Messi and Neymar in the most star-studded attacking trident on the planet. Mbappé was the leader and most productive of the three this season, leading Ligue 1 in goals (28) and assists (17) en route to league Player of the Year honors.

Despite turning just 23 in December, his trophy case is already quite full, with France’s 2018 World Cup title the shining achievement thus far. He has also won a UEFA Nations League title with his country. On the club level, he won a Ligue 1 title with Monaco and then four more with PSG, while also capturing seven other domestic trophies. But Champions League glory has proved evasive, with PSG falling to Bayern in the final of the pandemic-altered 2019–20 season and then suffering ignominy most recently against Real Madrid when Karim Benzema’s 17-minute hat trick sent the club crashing out. He stays in hopes of delivering PSG its first European title, whereas the club that tried to lure him will play for its 14th on his own soil.

This saga has been a back-and-forth game of reports, speculation, denials and public posturing. The word on Friday was that PSG and Real Madrid had made seismic offers of equal financial might, leaving it down to a personal choice. PSG and its various high-ranking officials maintained throughout that they were going to do what was necessary to retain their crown jewel, and they’ve managed to do so.

"Kylian's commitment to PSG represents an amazing milestone in the history of our club, and a wonderful moment for our fans around the world,” Al-Khelaifi said in a statement. “Since the day Kylian joined our family, he has achieved greatness beyond his years on every single stage. In committing to PSG, he will be the foundation of our Club’s future both on and off the field.

“I am incredibly proud and very happy—for Kylian, for our fans, and our entire PSG family worldwide—that we will continue our wonderful journey together. For our fans and our club, the greatest chapters of our future lie ahead.”

The decision hasn’t been taken well at La Liga headquarters, where league president Javier Tebas was irate and took a direct shot at PSG’s president.

“It is an INSULT to soccer that PSG is going to renew Mbappé with huge quantities of money (who knows from where and how they will pay them) after losses of 700 million euros in recent seasons and more than 600 million euros in salaries,” Tebas wrote on Twitter in Spanish. “Al-Khelafi is as dangerous as the Super League.”

The league itself later fired off a pointed official statement, echoing the points made in Tebas’s tweet and taking it a step further by claiming it will file a complaint to UEFA alleging financial breaches. 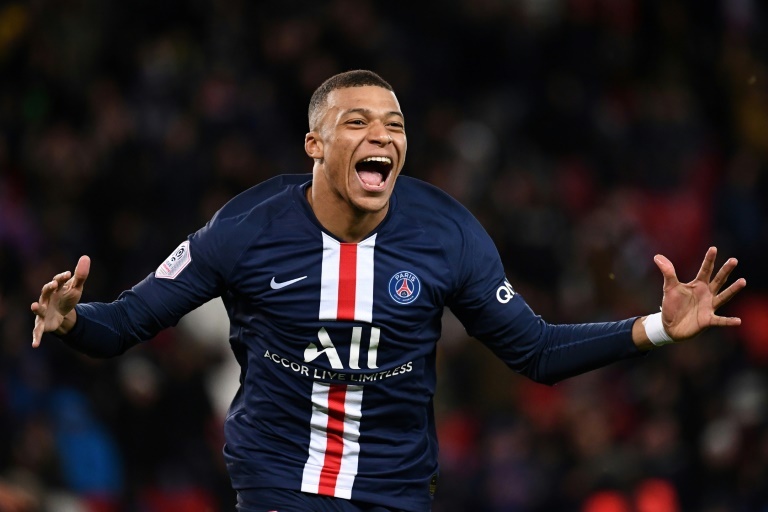