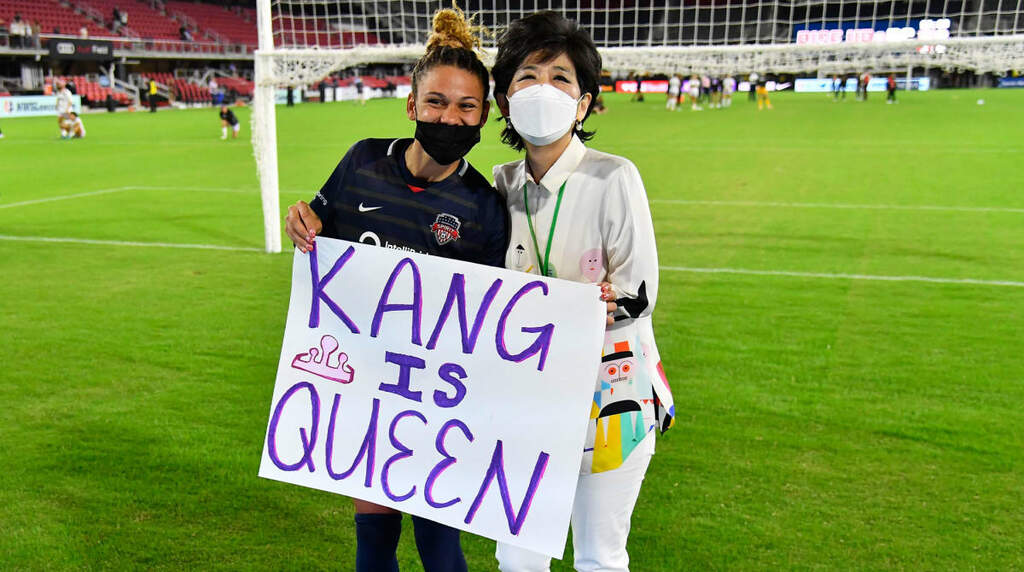 After months of turmoil, Washington Spirit co-owner Y. Michele Kang reportedly has majority ownership of the club, according to a letter The Washington Post shared from Kang to the NWSL’s Board of Governors.

The Athletic was the first to report that Kang was set to gain majority voting interest within the club as she reportedly convinced eight debt-holders to convert their debt to equity. The most notable was Devin Talbott, who reportedly sold his stake “in the form of his note” to Kang, and now, she reportedly owns more shares than Steve Baldwin and Bill Lynch own as individuals, per The Athletic.

The other seven, however, did not sell their stakes but rather went the debt to equity route, the outlet reported. Given the reported investors siding with Kang, she and the group backing her now have 52% share of voting interests, according to The Athletic.

Per the letter shared on Tuesday by the Post, Baldwin “no longer has control of the team or the ability to dictate the terms of any sale.” He had previously entered negotiations to sell the club to Todd Boehly, who is the part-owner of the Dodgers and Lakers, and retail executive Jennifer Tepper Mackesy, according to The Athletic.

As the outlet previously reported, Baldwin’s offer to Kang was at $22 million, but he then reportedly rescinded the offer.

Baldwin resigned from his roles as the CEO and managing partner of the club in October. It came a week after Washington announced it had fired coach Richie Burke for cause after he was initially suspended for allegations of verbal and emotional abuse in August.

According to a previous report from the Post, the NWSL’s investigation into the coach expanded to allegations by several female employees of a toxic “old boys’ club” culture, which included a male executive using degrading nicknames for female players. Burke was reportedly fired for harassment and creating a toxic work culture for female employees, per a Post investigation. In the report, former players said Burke made racially insensitive jokes and described him as being “unbelievably volatile.”

Kang then wrote a letter on Sept. 27 to other team investors calling on Baldwin to step down and sell Kang his shares. “It is time for the Spirit to turn the page on this sad chapter in its history and bring in new leadership to chart a new path,” Kang wrote. Players later voiced their agreement, saying that Kang is who they trust as she "continuously puts players’ needs and interests first."

As noted by The Athletic, the league has final say over club ownership changes, including a change ownership percentage with current owners.