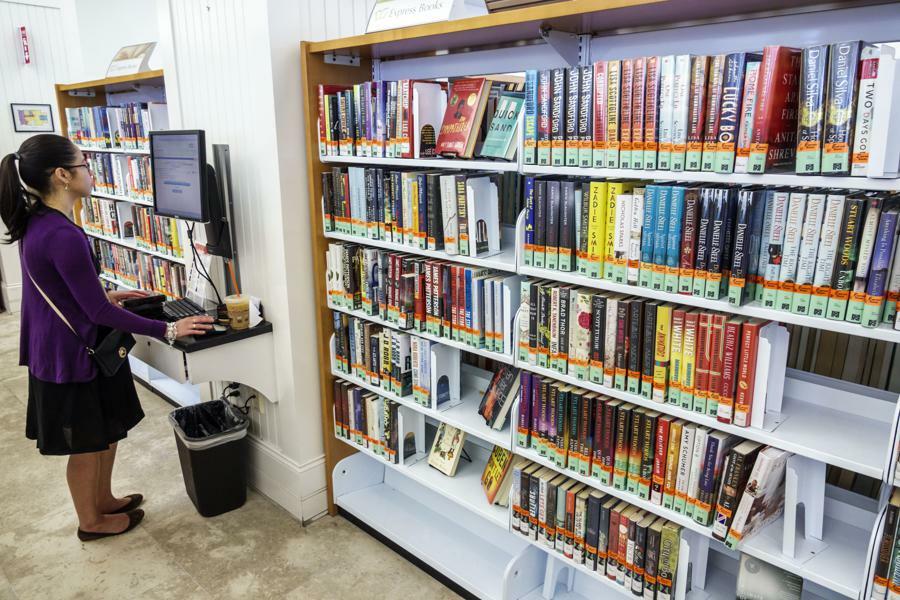 Gina Peddy, an official with the Carroll Independent School District northwest of Dallas, told teachers to “make sure that if you have a book on the Holocaust, that you have one that has an opposing, that has other perspectives,” according to audio released by NBC.

Staffers were audibly incredulous about this example, prompting Peddy to respond, “believe me, that’s come up,” according to NBC’s recording of the meeting.

Peddy cited House Bill 3979, a law signed in June that requires teachers who discuss controversial issues in the classroom to “strive to explore the topic from diverse and contending perspectives without giving deference to any one perspective.”

In a statement, the district said it’s also trying to navigate another state law known as Senate Bill 3 that’s set to take effect in mid-December, which the school system believes applies to classroom libraries and other learning materials made available to students.

“Our district recognizes that all Texas teachers are in a precarious position with the latest legal requirements,” Karen Fitzgerald, a school district spokesperson, said in a written statement to NBC and Forbes. “Our district has not and will not mandate books be removed nor will we mandate that classroom libraries be unavailable.”

HB3979 says teachers in Texas can’t be required to discuss any “controversial issue of public policy or social affairs.” If teachers choose to talk about controversial topics, they need to offer diverse perspectives, and they cannot suggest a particular race is superior or deserving of guilt, according to the law. When the Texas House passed the bill earlier this year, its lead author — state Rep. Steve Toth (R) — framed it as “one of the strongest prohibitions on Critical Race Theory in the country.” The bill is part of a wave of legislation in Republican-controlled states restricting how teachers discuss race: Some Republicans have taken issue with public schools’ approach to race, often channeling their outrage toward “critical race theory,” a decades-old academic concept that explores systemic racism in U.S. legal and social contexts. Opponents in Texas have castigated this legislative push, arguing the restrictions make it tougher for teachers to lead difficult conversations.

In a statement Thursday, the Texas Democratic Party blamed the Carroll Independent School District’s Holocaust claim on the state’s new laws, which Democrats have cast as censorship. “This is an outrage, not only for Jewish communities across our state, but for every single parent sending their kids to school in the morning and worrying about what kinds of attacks they’ll face, simply because of who they are,” said Hannah Roe Beck, the party’s co-executive director.

Some state education officials and politicians told NBC News the school district’s interpretation of Texas law was overly broad. State Sen. Bryan Hughes (R), the author of SB3, told the news outlet “that’s not what the bill says.” Spokespeople for Hughes and Toth did not immediately respond to requests for comment from Forbes.

The Carroll Independent School District has faced repeated upheaval over books this month, amid a larger debate about diversity and inclusion initiatives. The district’s board reportedly issued a letter of reprimand last week to a fourth grade teacher who displayed This Book is Anti-Racist in the classroom, a decision the Fort Worth Star-Telegram editorial board criticized as micromanagement of a teacher who previously earned plaudits from administrators. The school district also rolled out training last week on classroom reading materials, NBC reported, though the district said this training session — which was planned in September — was designed to “discuss best practices” and help teachers grapple with SB3 and HB3979.