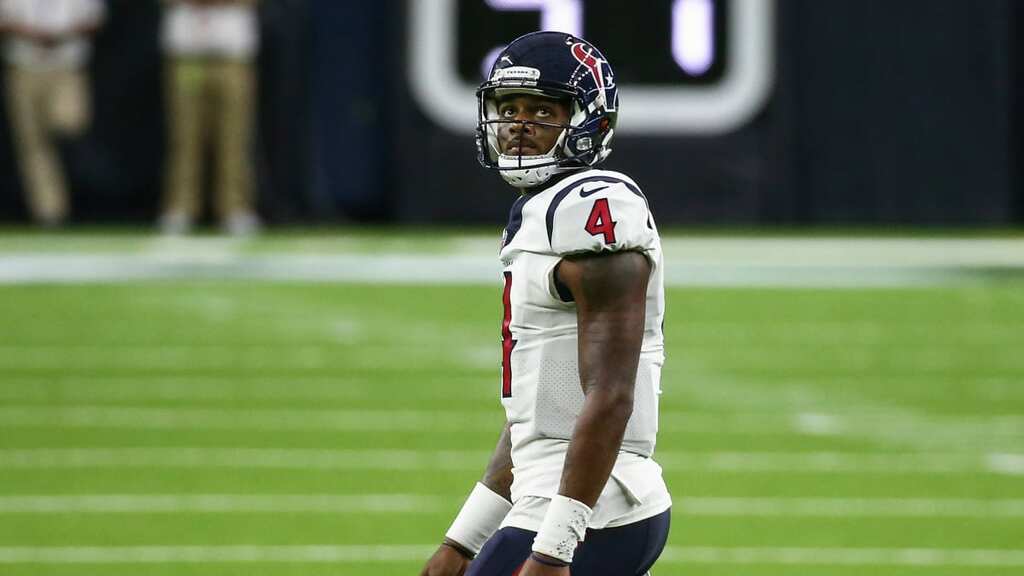 Before the numerous allegations of sexual misconduct against Texans quarterback Deshaun Watson, and the pending investigations and legal proceedings stemming from them, the star quarterback was attempting to force a trade away from the team. Reports suggest that today’s firing of coach David Culley, and his eventual replacement, won’t do anything to change that situation.

“Deshaun Watson will NOT be taking another snap for the Texans,” John McClain of the Houston Chronicle tweeted Thursday. “I’ve been writing and broadcasting that for 10 months.”

Watson did not suit up for the team at all in ’21, the lone year with Culley as his coach. The team is reportedly interested in former Dolphins coach Brian Flores as an option to take Culley’s place.

The Dolphins are one of the teams heavily linked to Watson, should the Texans trade him, and Flores was reportedly a draw for the quarterback. Even so, it doesn’t sound like his presence would be enough for Watson to change his mind about the franchise.

In his mailbag column this week, Breer also said that Flores’s firing doesn’t rule out the Dolphins as a potential Watson landing spot.

“Deshaun Watson’s desire to play for the Dolphins, as I’ve heard it, was bolstered by Brian Flores’s presence there. But that was hardly the only thing Miami had going for it—there’s also a good core group on the roster, cap flexibility to allow for guys to come with the quarterback, no state income tax and, yes, the simple fact that it’s South Florida (which helps in getting guys to want to join him)...

“In the end, if clarity comes on his legal situation, then I think there’ll be plenty of suitors for Watson, and my guess is that Watson would reassess where every team involved stands. And remember, he has a no-trade clause, which can help him steer the process.”

Culley was fired after just one season in Houston after going 4–13 on the year.

For more Houston Texans coverage, head over to Texans Daily.