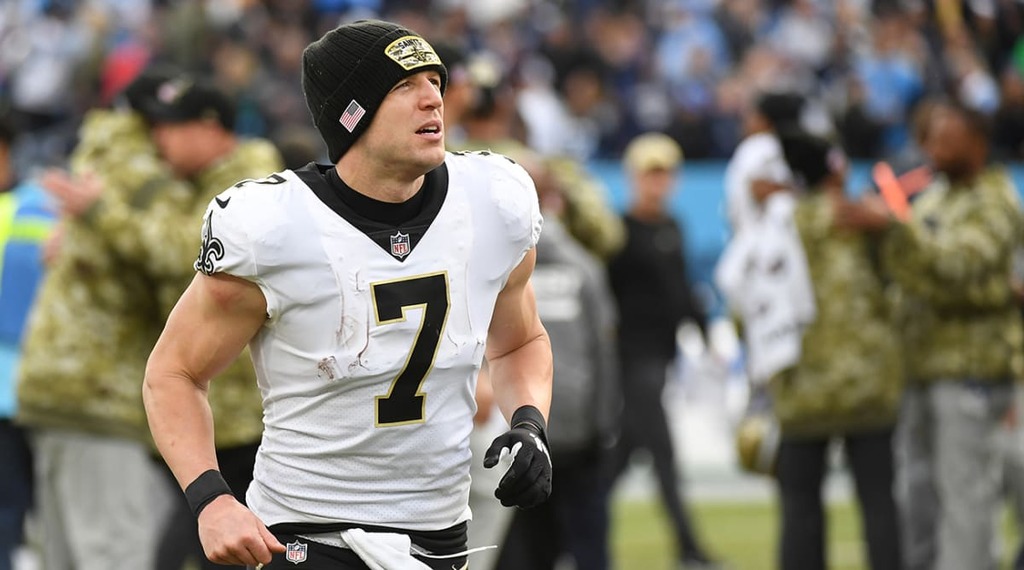 The Saints have signed quarterback Taysom Hill to a unique, hybrid contract extension unlike any other NFL contract, according to ESPN's Adam Schefter. The four-year deal can be worth anywhere between $40 million and $95 million with $22.5 million guaranteed.

The unique aspect of the extension is that depending on what position Hill plays is how much he stands to make. Hill, who is listed as a quarterback but is used as a utility player, will earn $40 million in base salary but can earn an additional $55 million if he transitions to the team's starting signal-caller role and fulfills that need for the team over the next four seasons, per ESPN.

Starting quarterback Jameis Winston's season ended earlier this month when an MRI revealed he tore his ACL and had MCL damage. Instead of Hill, Trevor Siemian took over starting duties. But anything can change in the future.

So far this season, Hill has thrown eight passes for 47 yards with one interception. He's also caught four passes for 52 yards and rushed for 104 yards and three scores. Hill, 31, is used all over the field in the current New Orleans offense but if he finds himself leading the offense long-term he could cash in on a major payday.

For more Saints news, head over to Saints News Network.