Report on investment prospects in Godavari districts will be released next month, says MP 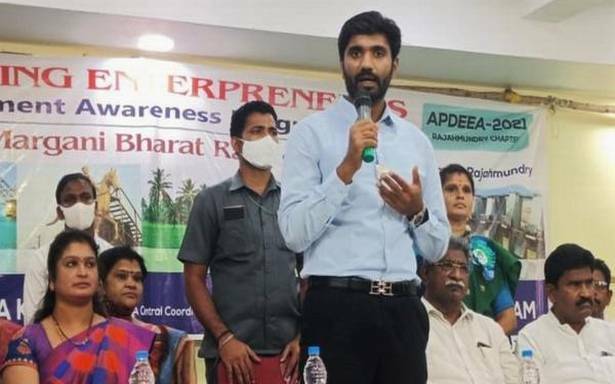 Rajamahendravaram MP Margani Bharat on Tuesday announced that a report on the investment prospects in East and West Godavari districts would be released next month, guiding the budding entrepreneurs to explore the investment and business potential in the Godavari region in the State.

A meeting with the budding entrepreneurs was held here at the Bommana Ramachandra Rao Chamber of Commerce hall, discussing the support from the Union and the State governments to give a fillip to the all-around development of the Godavari districts.

Addressing the gathering, Mr. Bharat has said, “The State government will conduct a special meeting with the bankers and investors in the city soon, assuring every support to those who plan to invest in the twin Godavari districts in various sectors.”

“In the case of any industry or new business worth up to ₹ 1 crore, the State government is offering 45% subsidy to the entrepreneurs and the Centre pledges 25 % subsidy. The subsidy will be reimbursed by the State government within the six months of the commencement of the business,” Mr. Bharat said.

The awareness meeting on the business and investment opportunities was chaired by B. Lakshmana Rao, Retired General Manager, ONGC. The Swarnandhra Charitable Trust has conducted the meeting.