Nets general manager Sean Marks and Lakers executive Rob Pelinka met at the Marriott Marquis at the NBA Combine this week, according to a report from Adam Zagoria.

The reported meeting between the two executives is interesting considering the current state of each franchise. The Nets are coming off a disappointing first round sweep at the hands of the Celtics and a trying season in which star point guard Kyrie Irving was unable to play in most home games in Brooklyn due to his status as an unvaccinated player.

While the Nets were publicly supportive of Irving, it was clear that the team also lamented the fact that he was absent for a chunk of their regular season games, which forced Brooklyn into the play-in tournament and landed the franchise a tough first round draw against the Celtics. Irving is a free agent this offseason, and Marks was non-committal early this month when asked about Irving’s role on the roster moving forward, as he stressed “availability” of the franchise’s star players.

The Lakers meanwhile are coming off a tumultuous season of their own. Los Angeles entered the season as one of the contenders in the West, but the team never jelled, especially offensively after the acquisition of point guard Russell Westbrook from Washington. Westbrook’s lack of cohesion with Lakers stars LeBron James and Anthony Davis led many to wonder if Westbrook could be traded this offseason.

Could Pelinka and Marks have been discussing a trade? The state of their current rosters? Draft ideas? There are many questions around this meeting, which should only add further fuel to the fire as both teams enter a period of transition this summer.

For more Los Angeles Lakers coverage, go to All Lakers. 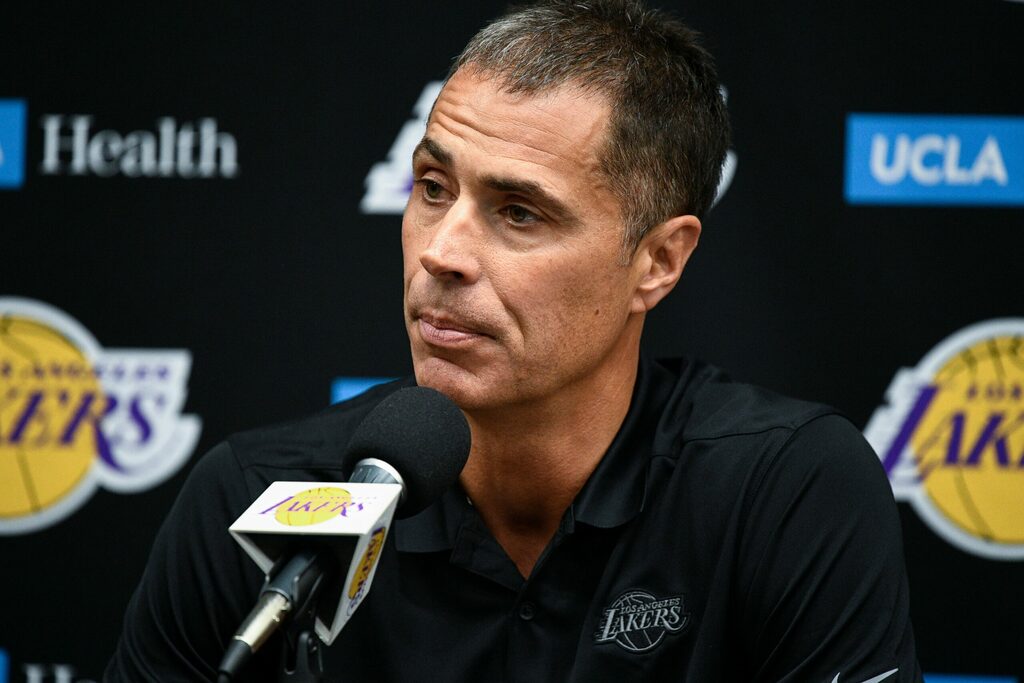 USA Today Sports Media Group
One subscription that gives you access to news from hundreds of sites
Kristian Winfield: What would it take for the Nets to make a fairytale trade for LeBron James?
Kevin Durant, Kyrie Irving and LeBron James walk into Barclays Center. What sounds like the makings of a bad dad…

The Lakers may be willing to take that leap of faith because Ham spent two years with the organization. His…