Colin Kaepernick impressed the team during his workout for the Raiders and the door for him to join the team remains open, according to NFL Network’s Ian Rapoport. Kaepernick’s Wednesday workout in Las Vegas was his first workout for a team since 2016.

The workout was at the team facility and coach Josh McDaniels along with general manager Dave Ziegler were in attendance, according to Sports Illustrated’s Albert Breer.

He last played for the 49ers in 2016 but was released at the end of the season. Kaepernick was the biggest sports story of the year that season because he would kneel during the national anthem ahead of 49ers games to protest police brutality and institutionalized racism in America.

After the season, the 34-year-old was never signed in free agency and he believes it’s because of his peaceful protests. He filed a grievance with the NFL in 2017, accusing league owners of colluding to blackball him, and he eventually reached a confidential settlement with the league.

Ever since then, he’s stayed active politically and has repeatedly stated he wants a chance to play for an NFL team again. During an appearance on the I AM ATHLETE podcast in April, Kaepernick stated he’d be open to returning to the NFL as a backup quarterback. This will likely be the scenario in Las Vegas and any NFL team he would join. Derek Carr is the unquestioned starter for the Raiders and Kaepernick would no doubt serve as a backup if he made the roster.

“I know I have to find my way back in. So if I have to come in as a backup, that’s fine,” he said in April. 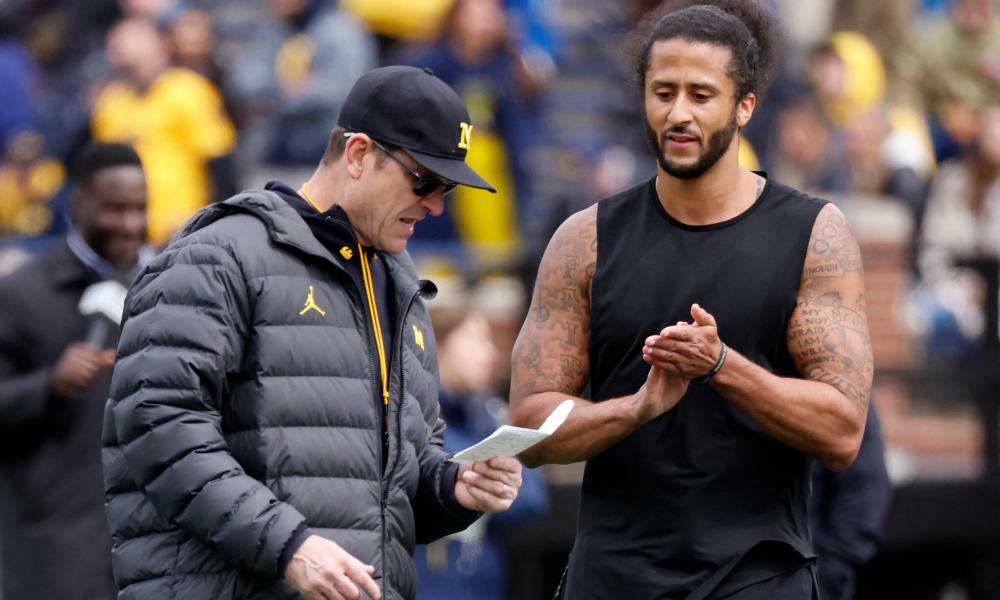 Kaepernick gets his first workout with a pro team in years