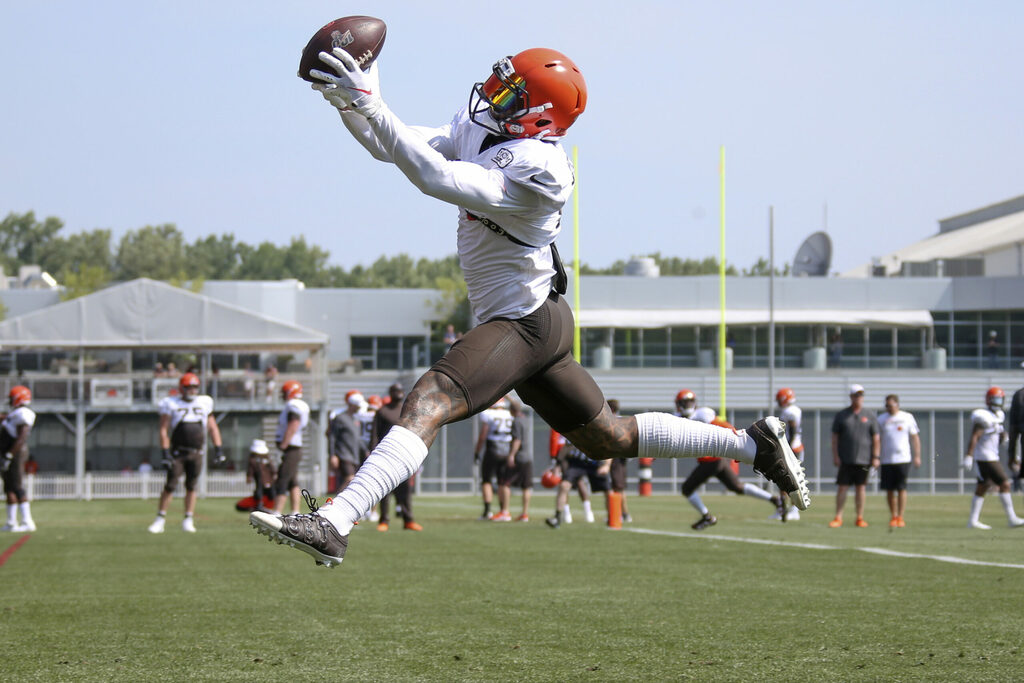 The Cleveland Browns 2021 season kicks off at 4:25 PM today in Arrowhead Stadium against the Kansas City Chiefs. The 2020 Browns season returned hope to a franchise that had been lacking in it for a long time. Last year wasn’t perfect including losing to the Chiefs in the divisional round of the NFL playoffs and losing Odell Beckham Jr. to injury in the middle of the season.

The team is hoping to right both of those wrongs in Week 1. While revenge in a regular-season game can’t make up for the playoff loss, Cleveland gets an immediate chance at the foes that vanquished them last year.

According to Ian Rapoport, Beckham will also be on the field for the game:

#Browns WR Odell Beckham Jr., returning from a torn ACL, is slated to play today assuming there are no issues in the morning, source said. The plan is for him to go. Meanwhile, DE Jadeveon Clowney (illness) and C J.C. Tretter (knee) should be good.

While many assumed this, Adam Schefter and Brad Stainbrook have both noted that the team is being cautious with Beckham’s return. The electric receiver has been pushing the team to get to play, believing he is ready and the caution is not warranted.

With Rapoport also noting that Clowney and Tretter should be playing, Cleveland will be close to full strength for the game. Will it be enough against the defending AFC champions? We find out later this afternoon.