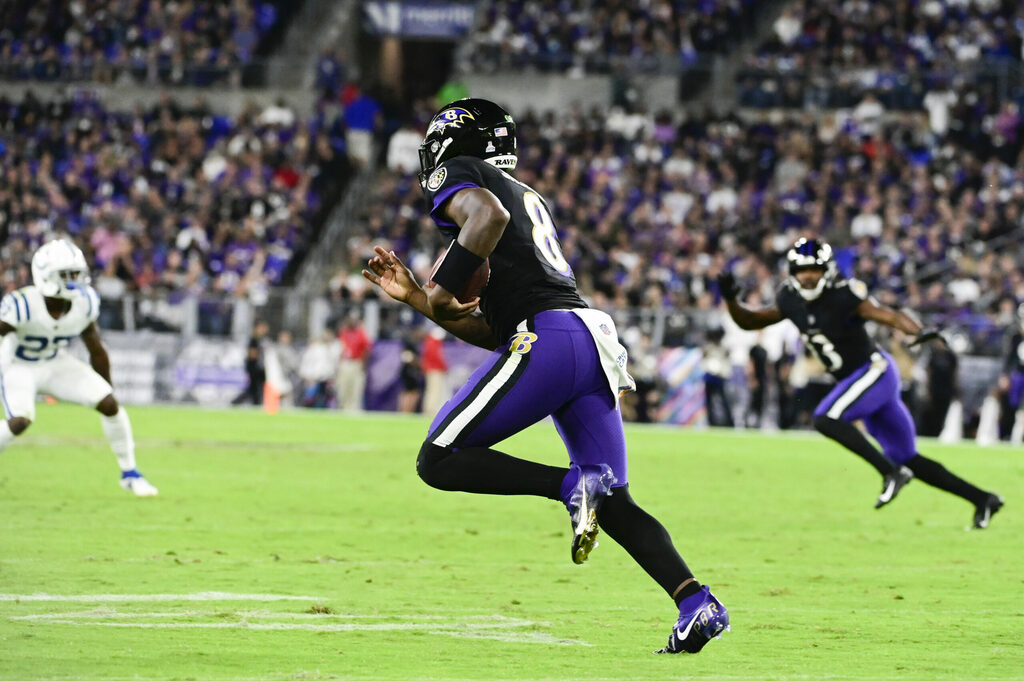 The Indianapolis Colts hit Baltimore with a staggering shot in the third quarter Monday as it looked like the Colts were about to make it a game.

Lamar Jackson tried to run the ball into the end zone for a touchdown to cut into a 13-point deficit.

As Jackson went to the ground, he fumbled.

The ball was picked up by linebacker Darius Leonard, who headed toward the other end zone.

Leonard tried to lateral to Isaiah Rogers, who raced to the other end zone.

What seemed like a 98-yard fumble return was then put under review.

The fumble was close as Jackson’s knee appeared to hit the ground as he lost the ball.

However, the replay review said it was a fumble.

What wasn’t kosher as it turned out was Leonard to Rogers.

The replay booth ruled it was a forward pass, causing a 5-yard penalty on the Colts and bringing the ball back to the 19.

As an aside, in the last 4 years, Jackson has lost 3 fumbles at the 1-yard line, most in the league.

Leonard scooped it…. and PITCHED IT?!

Mattered not, as the Colts went 81 yards on a touchdown drive and upped the lead to 22-3.