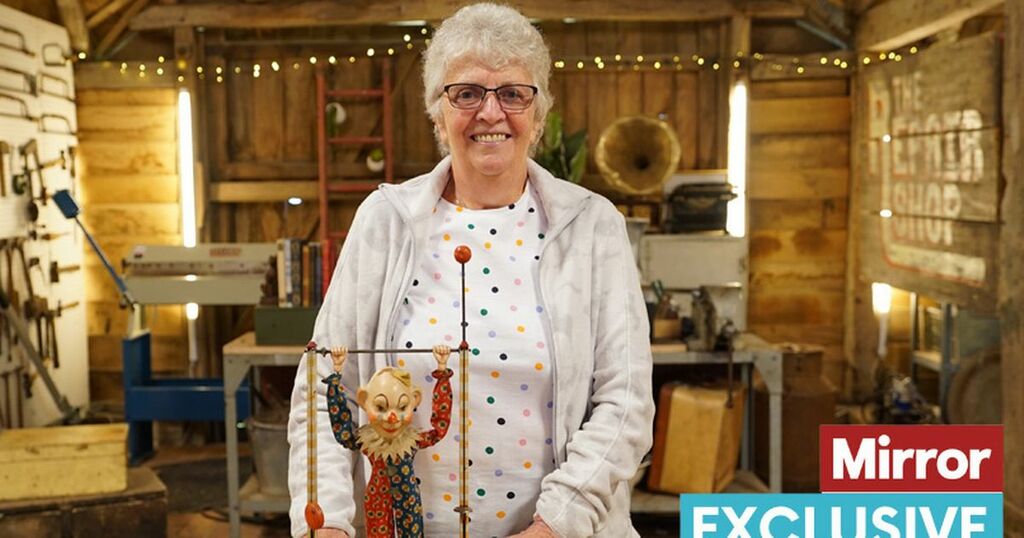 After Cathy Downie’s beloved uncle Jimmy died when she was just 15, an acrobatic clown he bought her took on a new significance.

As time passed, the toy, also called Jimmy, became damaged and worn and it was put away in the cupboard to avoid further harm.

But to Cathy’s joy, it has now been restored to its former glory by experts on the Repair Shop.

The 71-year-old told how the clown, which flipped upside down when she pressed a button, quickly became her favourite plaything after she was given it at the age of five.

Cathy said: “I was an only child and Jimmy was like my wee brother. Because of the name, and how close I was to my uncle, it made him even more special to me.

“Uncle Jimmy died when I was 15, but I wasn’t able to properly say goodbye to him as I was doing my exams.

“I struggled with missing him and it made the toy all the more precious.

“It became this link to him after he was gone.” The clown broke 40 years ago. It also had a hole in its head and the paintwork had faded.

Cathy, of Edinburgh, asked local firms if they could fix Jimmy, but none were interested. So she turned to BBC ’s Repair Shop, and appears in tonight’s show.

Steve Fletcher fixed the ­spinning mechanism so the clown could flip again. Julie Tatchell sewed up the tattered costume and antiques expert Kirsten Ramsay used filler to fix the hole in its head and touched up the ­paintwork on its face.

Mum-of-two Cathy said: “I was gobsmacked with the result, they did a tremendous job.

“If my uncle could see what they had done with it, he would have been so pleased.”

Jimmy was in his 60s when he died of cancer. Cathy told how getting the toy clown repaired was a way of “saying thank you to him for all the good times we shared together”.