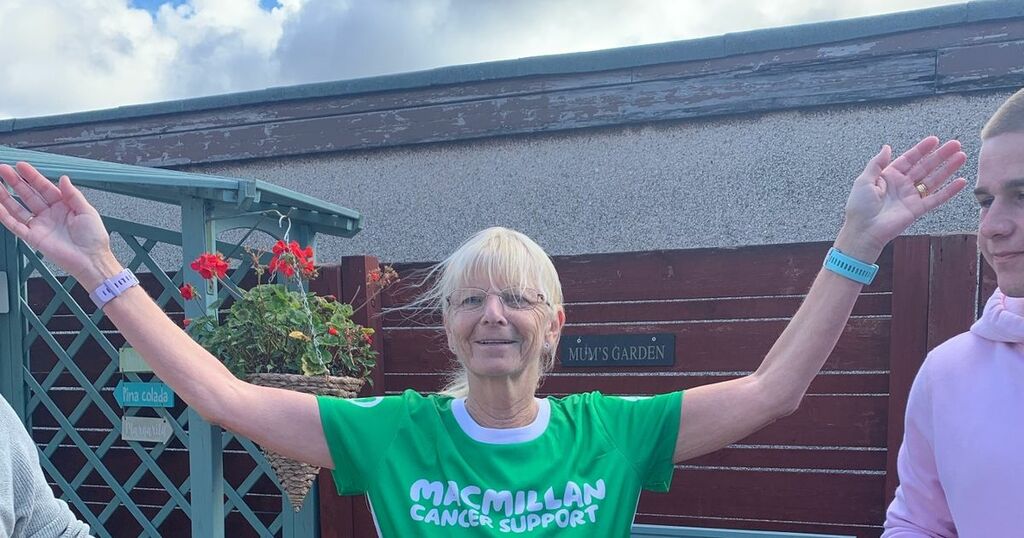 A super-fit Renfrew gran has ticked off an item from her bucket list by completing a marathon.

Catherine Wilson took part in this year’s London Marathon by completing the 26.2miles virtually in a track around Renfrew, Erskine and Bishopton whilst raising money for Macmillan Cancer.

Catherine, 70, took up running just five years ago when her daughter asked her to take part in the Paisley 10k.

Since then Catherine has progressed to half marathons and on Sunday, she bagged her first marathon, she told Renfrewshire Live: “It was such a great feeling to complete the run.

“It was a lovely day, the weather was kind, and I managed to complete my run.

“I wasn’t sure if I’d manage it or not but I had been practising and managed to run 20 miles on my own so I am delighted I finished it.

“I started off at my home in Renfrew and created a route to bag the miles taking in Braehead, cycle paths, Bishopton and back home again.

“I only started running when I was 65 but I definitely have the bug.”

Now a keen runner, Catherine takes part in Park Run and is a member of Kilbarchan AAC where she runs weekly.

On the day of her virtual marathon, Catherine was supported by two Park Run friends, Wendy Russel and Sandra Campbell, Catherine explained: “I had originally planned to run the marathon on my own but I have two very kind friends who each ran half of the way with me.

“Both Wendy and Sandra ran a half marathon, one picking up where one finished so I was never on my own.

“It just really shows you how kind people are.

“And because I had signed up to the London Marathon App, every so often through my headphones, it would tell you which landmarks in London you would be passing, like the Cutty Sark and Big Ben.

“It was really brilliant, and from time to time there was a quiz type question from previous marathons or the bagpipes were played.

“It was really lovely and I thoroughly enjoyed it.

”That’s an item of my bucket list ticked off, so I am happy with that.”

Each time she runs in an event, Catherine raises funds for charity.

She said: “Every time I run, I pick a different charity to raise funds for.

“Macmillan Cancer was the London marathon’s charity of the year so I picked it this year.

“For my half marathon I raised funds for Alzheimer’s UK and I picked Addison’s Disease when I done the Kiltwalk as my friend’s daughter suffers from it.

“I don’t think I’ll do a marathon again, but I will definitely be back out there doing half marathons and will be back at Park Run this weekend for my 150th run.”