Most buyers who last decade would have purchased a people carrier are nowadays almost exclusively buying crossovers and SUVs, so it’s not surprising that Renault is turning its MPVs into high riders in order to keep them relevant. The automaker just revealed the Scenic Vision concept which bares absolutely no resemblance to any older Scenic, both in terms of body style, as well as power source.

It previews a future crossover model that should be one of the most striking shapes on the road if it stays true to the concept’s design, which it probably mostly will. The front end seems very neatly designed, with simple lines that give the vehicle quite a sporty, aggressive character, and a strong, chiseled character line running down the side to give it presence.

What’s perhaps more interesting than the styling is what powers this study. The 215-horsepower front-mounted electric motor is taken from the new Megane E-Tech, as is the 40 kWh battery pack (the smaller of the two available for the Megane EV). The battery pack is small because this vehicle also has an on-board power source, in the form of a 16 kW hydrogen fuel cell.

Renault calls this system H2-Tech and it is touted as giving the vehicle twice the range it would otherwise have achieved with this size battery pack. This approach, of having both a big battery and a fuel cell, hasn’t really been tried before, but Renault seems convinced there is a future for this new type of hybrid.

Expect to see the production version of this debut in 2024, when neither of the current Scenic models will be on sale any more. Now whether or not this CMF-EV-based crossover will keep the hydrogen hybrid powertrain or just be offered with a larger battery pack remains to be seen - the H2-Tech variant may be offered in limited numbers for specific buyers. 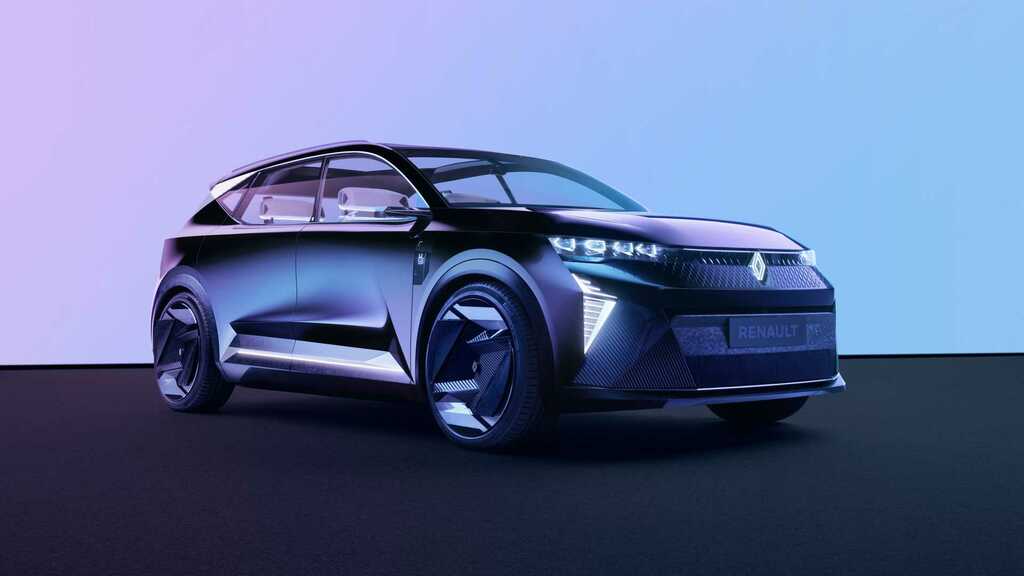 The Prologue is just the beginning of Honda's commitment to ramping up EV production.