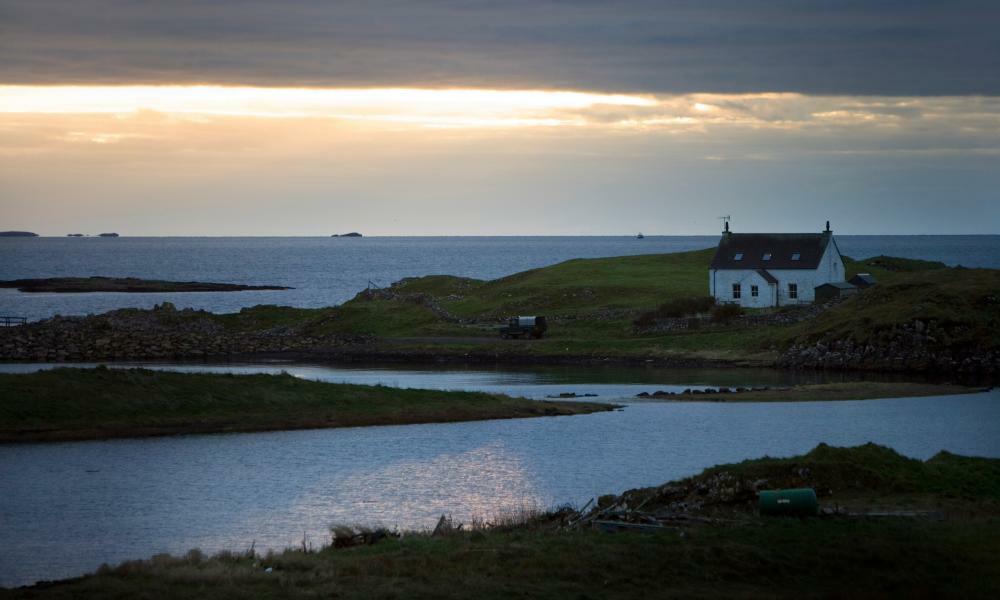 It is one of the most inaccessible guesthouses in Britain, sitting on a tiny Hebridean island that is home to 15 people and a two-hour sail from the mainland. Undaunted, more than 100 people have inquired about running the place.

Interest in taking over Tighard guesthouse on Canna, an island south-west of Skye that is 4.5 miles long and 1 mile wide, came from around the world. The island’s owners, the National Trust for Scotland (NTS), are now whittling those down to a longlist of 10 applicants.

Meaning high house in Gaelic, Tighard sits on a hill with a commanding view over Canna’s shallow bay, a natural harbour that in the summer months can be crowded by yachts touring the inner Hebrides. The guesthouse has picture-postcard views of Rùm, framed in the distance by the mountains of Skye and the western Highlands, its skies patrolled by eagles and seabirds.

But applicants have also been warned that living on Canna, which is part of the Small Isles archipelago that includes Eigg, can be challenging and lonely.

Canna’s isolation, its small and close-knit Gaelic-speaking community, long winters and tempestuous weather means incomers need to be resilient and adaptable. Tighard, an Edwardian villa built in 1904, has only one private bedroom, ruling out couples with children.

With only three ferries a week in the winter and four in summer – a service dependent on weather and the reliability of CalMac’s ageing ferry fleet – and three guest rooms to service in high season, the new leaseholders will be expected to provide breakfasts and dinners and share their living room with guests.

Jim Whyteside, a spokesperson for NTS, said the trust had been “thrilled by the quality and diversity” of the applicants.

“It comes down to two things. Firstly, the reality of island life, from getting supplies to getting a break from work, fitting in with the community and helping the community meet its aspirations,” he said. “People have to understand what they’re taking on. It is not an escape. You’re going to be working very hard.

“Second, what can you bring to that community? There may be skills and other attributes it will value, because that’s very much part of becoming one with the community. Everyone is very serious about making sure that that can happen.”

The 10 applicants have each been asked to produce a business case which will be scrutinised by NTS staff, before a shortlist is selected. Those shortlisted will then be taken to Canna for a tour and to meet the island’s community development trust, before hopefully moving in around Easter, in time for the summer season.

The testing recruitment process was introduced after NTS oversaw disastrous attempts a decade ago to find new islanders to bolster Canna’s declining population, including one worldwide competition that attracted 350 applicants.

Annoyed by strict rules restricting housebuilding on the island, previous incomers had been ill-prepared and had quit the island in anger, alleging they were misled about what was involved.

In 2017, NTS changed tack and gave islanders a greater say over how Canna was run and its services were modernised. The island’s development trust is now building new homes for rent, has installed solar panels and a wind turbine, and hopes to double its population to about 30 permanent residents. It hopes, in time, to reopen its tiny school. In 2006, the school was the smallest in the UK, with just one pupil.