Remembering the hero who fasted for Visakhapatnam Steel Plant 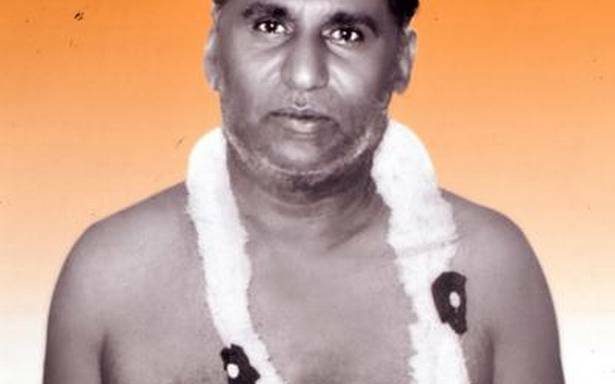 It was on October 14 in 1966, the former MLA of Tadikonda constituency in Guntur district T. Amrutha Rao launched an indefinite fast demanding the then Central government to set up a Steel Plant at Visakhapatnam.

Rao fasted for 20 days at Visakhapatnam and what began as a peaceful protest soon changed its course and became violent. Seventeen persons died in mob violence and properties of Railways and Central government establishments were destroyed.

Even as the State had been gripped by violence, slogans stating “Save Amrutha Rao,” “Visakha Ukku-Andhrula Hakku,” rented the air.

As the State plunged into a turmoil, the then Prime Minister Indira Gandhi announced at a Congress Parliamentary Party meeting held on October 31, 1966, that the government would consider the matter favourably and urged Amrutha Rao to end the fast and it was followed by the recommendation of the Cabinet sub-committee to set up the Steel Plant at Visakhapatnam. Indira Gandhi later announced on the floor of Lok Sabha that the fifth Steel Plant would be set up at Visakhapatnam.

On November 3, 20 days after Amrutha Rao launched the fast, the then Union government accepted “in principle” the proposal for setting up the fifth Steel Plant at Visakhapatnam. Hours later, the then Chief Minister Kasu Brahmananda Reddy flew in a chartered flight to Visakhapatnam gave a glass of orange juice to Amrutha Rao and enabled him to break the fast. Rao was rushed to the King George Hospital and was provided emergency Oxygen support.

“My grandfather was stoic in his demand for setting up a Steel Plant at Visakha and was inspired by Mahatma Gandhi. He set out to Visakhapatnam on October 14 and launched an indefinite fast opposite the Collector’s Office. As the State was plunged into a turmoil, he convinced the then Collector, Visakhapatnam, Abid Hussain to pause the shooting orders. His agitation sparked instant protests and prompted many leaders to set up local committees. The 15 MPs of Andhra Pradesh represented to former PM Indira Gandhi, who was convinced and announced setting up a Cabinet Sub-Committee,” said grandson of Amrutha Rao and president of The Gandhi Mission International Society of India, T. Mohan Gandhi.

The foundation stone for the Visakha Steel Plant was laid on January 20, 1971 and the construction began in the year 1979.

Amrutha Rao rose in the ranks of the Congress and was elected as the first MLA to Tadikonda (SC) constituency from Congress (I) Party in 1978, and later was nominated as the first Chairperson of A.P. Scheduled Finance Corporation. Rao died in 1989 in penury.

In Guntur, where Amrutha Rao spent his early child hood , a bronze statue and a park named after Rao was set up in the year 2008. Former CM Y. S. Rajasekhara Reddy sanctioned ₹78 lakh and announced that October 21 should be celebrated as one of Amrutha Rao Jayanthi.

After 55 years, when the demand for saving Visakha Steel Plant had returned, Mohan Gandhi said that he wanted to convey a message to Chief Minister Y.S Jagan Mohan Reddy.

“Most steel plants in the country have captive mines and so operational cost of running Visakha Steel Plant may remain high. I urge the CM to use his good offices and persuade centre to merge VSP into National Mineral Development Corporation (NMDC),” said Mohan Gandhi.