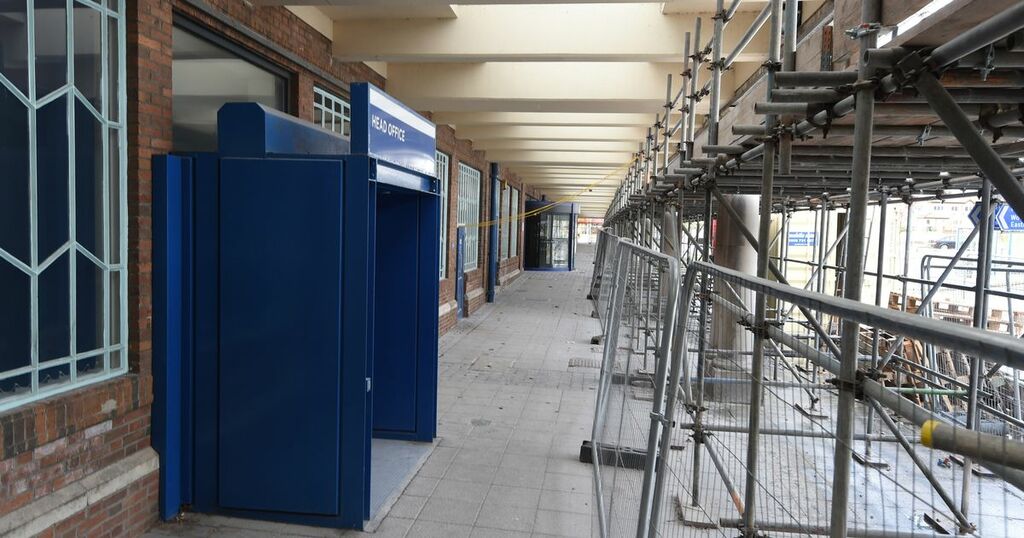 Spaceport closed its doors for good at the end of 2019 following a report that said visitor numbers to Spaceport had dropped by thousands.

Losing money, it was shut and now Eureka! has already begun work as it looks to take over the building in Seacombe, Wirral.

We have had a look back at some of peoples' fond memories of Spaceport before it started its decline in numbers.

READ MORE: The strange tale of a bear that went shopping in Wirral

The Wirral family attraction was well known for offering children and parents the chance to journey through space and time with its planetarium, interactive zone and sci-fi icons museum.

It opened in 2005 and welcomed hundreds of thousands of visitors over a nearly 15 year period.

When it closed it sent out a statement which said: "It’s the end of an era as Spaceport closes its doors for the last time on December 31, 2019 making way for the new and exciting chapter with Eureka! Mersey.

"Spaceport, which is based at Mersey Ferries Seacombe terminal, has welcomed hundreds of thousands of visitors since it opened in 2005.

"Alongside its permanent galleries on the theme of space exploration, and interactive exhibits including a planetarium and rocket simulator, Spaceport also hosted popular exhibitions on Star Wars, Doctor Who and Wallace and Gromit.

"But now the iconic terminal building which housed Spaceport has a bright new future awaiting it as the home of Eureka! Mersey – an exciting new science and discovery centre for young people and families."

Spaceport thanked customers for a final time on Facebook ahead of the closure, in a post which read: "Spaceport will close its doors for the final time at 4pm tomorrow. Thank you to everyone that has visited Spaceport over the past fourteen years.

"We are so excited for the opening of Eureka! Mersey in 2022 and can’t wait to show you some behind the scenes sneaky peeks.

"Make sure you follow Mersey Ferries for updates and photos of Eureka Mersey’s development over the next couple of years."

It is fair to say when news of Spaceport's closure was announced it received mixed responses.

While many had some fond memories of the attraction, others were not surprised by the report.

Lee Wright said: "Took my daughter when the Star Wars exhibition was on, it was worth it then but wouldn’t have paid just for the museum."

Another ECHO reader said: "Used to be decent when it first opened but they just kept putting the prices up without offering much new."

Spaceport received three out of five on TripAdvisor with its most favourable reviews stating they disagreed with the negativity.

One in August 2019 said: "Took our just four-year-old granddaughter last Saturday. It was an excellent visit and I couldn't disagree more with the recent negative reviews.

"Our granddaughter was captivated by the planetarium show and despite me thinking she wouldn't last the 25 minutes she enjoyed every minute of it.

"It seemed to me that everyone else did as well as I heard only positive comments from all age groups.

"The exhibits were interesting but not over geeky. Star wars exhibition once again was enjoyed by grandparents and granddaughter who thought it was great.

"The venue was clean and tidy. Would we return yes if it's still open. Good way to spend two hours."

Another added: "We went for a school trip with a group of children aged between nine-12. It was a fantastic day out!!the staff were so kind and helpful.

"We then went upstairs to the actual museum it was filled with fun and awesome things to look at.

"We then went on to the simulator ride it was like you were on a real roller coaster (I couldn’t stop screaming)We then went into the other room with educational games, drawing and Star Wars stuff.

"Thanks Spaceport for an amazing day out."

T he ECHO has launched a new 8-page nostalgia section in print every Wednesday. You can order a copy here.