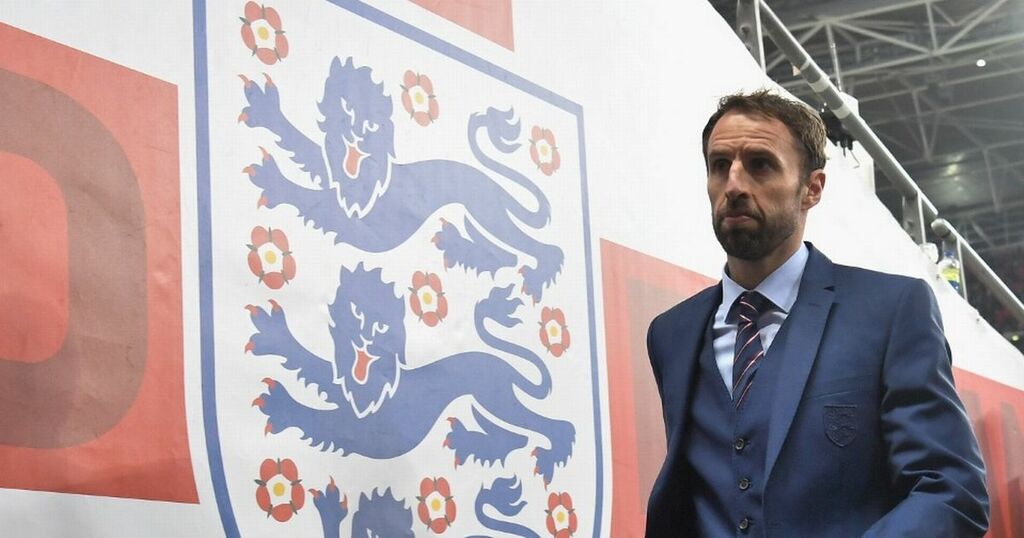 Somewhere, in a far-out corner of the multiverse, Sam Allardyce is the manager of England.

He's led the Three Lions to their first final of a major tournament since 1966, restored hope in the national team by cultivating a host of likeable lads, and started a fashion craze by donning a waistcoat at a World Cup.

But in our world, with a few words regarding FIFA 's third-party rules over a pint of wine, "Big Sam's England" came and went in a flash, instead paving the way for a polar-opposite appointment in his place.

Just four months after Roy Hodgson 's departure, the Football Association went looking for another successor - having had no choice but to relieve their previous pick of his duties - searching for someone who could refresh the Three Lions and mould them into true competitors again after that Iceland loss, and four decades of hurt.

There was no knee-jerk decision, but there was Gareth Southgate, given four games in late 2016 as interim boss to prove he had the credentials to take over permanently after not being at the helm of a senior side in seven years.

This wasn't what the FA had planned, surely?

A youthful coach who'd be working and nurtured within the England setup rather than a hardened, defence-first gaffer with steely Premier League experience like Allardyce.

Well, whatever happened next worked as Southgate was handed the keys to Wembley, 64 days after "Big Sam" packed his bags and waved goodbye to the job, following just one game in charge of a team who had been perennial national frustraters for too long.

Those interim matches that the former Under-21s boss first oversaw shaped the Three Lions we now know and love, five years on.

Come with us, Mirror Football , as we take a look back at Southgate's four-game audition to become England manager as he began his journey on October 8, 2016.

This game will not only be remembered for Southgate's bow, but Malta goalkeeper Andrew Hogg's heroics to keep the scoreline a very commendable one for the island nation.

The men who did breach him on? Daniel Sturridge and Dele Alli.

Southgate started with a 4-3-3 that included Wayne Rooney and Theo Walcott, staples of England's past decade but soon to be forgotten in their gaffer's plans.

He wanted his team to be brave, bold, play with the shackles off - the usual mantra for a new-manager bounce.

The ex- Middlesborough boss got that but it was hardly a feat given the tests that were to come.

In a story not unlike Mark Robins ' goal which kept Sir Alex Ferguson in a job at Manchester United 26 years prior, Southgate had another player now out of his thinking to thank.

Joe Hart's spectacular save and wall-like display earned a point after a torrid team performance in Ljubljana.

A clean sheet stalemate was far more beneficial for Southgate than an embarrassing loss which would've been the Three Lions' first qualifying defeat since 2009.

"We owe our goalkeeper really for getting a point," he remarked of then-Torino loanee Hart. "He was fantastic."

Southgate heeded his own advise as he was bold and dropped Rooney from the starting XI - only to call him on from the bench with 18 minutes remaining.

It meant the 51-year-old's first pair of matches were underwhelming on the whole, with the return of club football bringing with it speculation over whether he was the right man for the job.

And it got no easier in November as Scotland and Spain came to the capital, along with decision time.

When Southgate went to sleep the night before Scotland 's visit, he'd have dreamed of such a comfortable win, with the pressure only going the way opposite number Gordon Strachan.

Goals from Sturridge, Adam Lallana and Gary Cahill made it an emphatic victory over the Tartan Army, the Three Lions' age-old rivals from above the border.

It was believed the FA had made their minds up regarding Southgate's role, with his classy and dignified persona helping remedy the some of tension felt in a country which was growing ever-more divisive as a result of all that occurred in 2016.

Seven points from three World Cup qualifiers was also solid form and the man who would lead England at Russia in 2018 was becoming clearer.

"The rest is out of my hands," Southgate declared post-match. "I've loved it. I've really enjoyed the role.

With Southgate's fate all but sealed, the nation that was coming to an end of their era of international dominance came to Wembley hoping to kill any optimism built up over the preceding month and put the Three Lions back in their cage.

And, in a way, Spain did, scoring in the 89th and 96th minutes through ex- Liverpool striker Iago Aspas and Real Madrid playmaker Isco to snatch a deserved draw after having 66% of the possession and firing off more shots.

But that was after Lallana's penalty and Jamie Vardy 's effort, complete with a true 2016 celebration, the mannequin challenge.

Does Southgate deserve a new contract before the 2022 World Cup? Comment your thoughts below.

The events of the past five years have, a cynic would argue, inadvertently shaped the future of English football as one of the nation's true leaders continues to impress the country; whether than be in the fight against discrimination or in the tactical battle against other football teams at major tournaments.

Talks will soon begin between the FA and Southgate over a new contract for 2023 and beyond as international football looks set for a resounding revamp - so long as FIFA have their way.

14 months from now, Southgate could theoretically be out of a job, axed following a shock exit at the group stage of the Qatar World Cup.

But there is a strong sense that after 55 years of hurt, the Three Lions are ready to roar again.