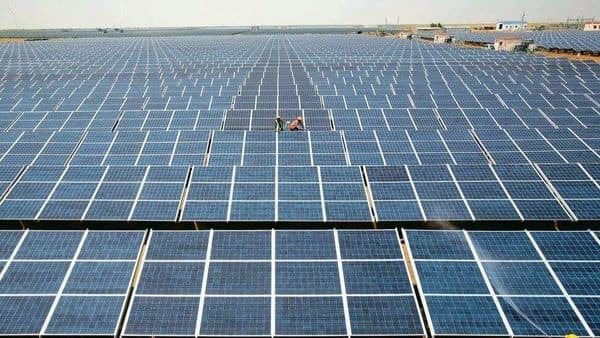 With the purchase of REC Solar Holdings AS from China National Bluestar (Group) Co. Ltd at an enterprise value of $771 million, RIL can leverage its abilities in panels and polysilicon, and gain access to a global customer base.

This should be supported by Germany’s NexWafe’s technology to deliver competitively priced PV panels. For installation of these panels (both rooftop and large scale), RIL will leverage its acquisition of a 40% stake in EPC player Sterling and Wilson Solar. And finally, on storage, the partnership with energy storage company Ambri Inc. should help complete solutions on solar value chain.

“RIL’s ability to compete with Chinese players has been a key investor ask over the past few weeks, and we believe NexWafe helps RIL not only get lower PV manufacturing cost (once implemented at large scale), but also helps lower hydrogen product cost and eventually improve green ammonia economics materially," Morgan Stanley said in a 13 October report.

“The REC acquisition would provide RIL with a global footprint to benefit from rising global module demand, which we expect to double by 2025," Goldman Sachs said in an 11 October report. “More importantly, the acquisition would help provide technology to drive integrated module manufacturing in India, where we expect solar installation to grow from the current run rate of 5.5GW to 31.5GW by 2030, driven by duty protection as well as government PLI incentives," the report said.

RIL, which currently generates more than half of its revenue from refining and petrochemicals, is pushing for clean energy by setting up the Dhirubhai Ambani Green Energy Giga Complex on 5,000 acres in Jamnagar. This complex would have giga factories for integrated solar PV modules, electrolyzers, fuel cells and energy storage, respectively. As part of its green energy pivot, RIL also plans to help set up 100GW of solar energy by 2030.

The company has also obtained technology for hydrogen electrolyzers through its Stiesdal partnership. Electrolyzers are used for producing green hydrogen (through electrolysis of water). Denmark-based Stiesdal A/S is privately owned.

Stiesdal’s technology has potential to deliver significant cost reduction compared to currently available technologies like Alkaline, Proton Exchange Membrane, and Solid Oxide, where the cost of electrolyzers is about $800-1200/KW.

“RIL has reiterated its target of manufacturing green hydrogen at cost of $1/kg in a decade compared to current cost of $5/kg for the industry. Stiesdal’s technology is called HydroGen and claims to convert electricity to hydrogen at a cheaper rate than other electrolysis technologies on the market. The first demo project will be installed in early 2022," said Credit Suisse in a report on 13 October.

RIL is considering extension of scope of the agreement with Stiesdal for fuel cells too for its fuel cell giga factory. Fuel cells convert hydrogen to electricity for mobile and static electricity generation. Fuel cells is essentially the reverse process of electrolyzers.