Reinventing Retro Gaming: How UGE Uncovers Past Masters And Creates Its Own Classics 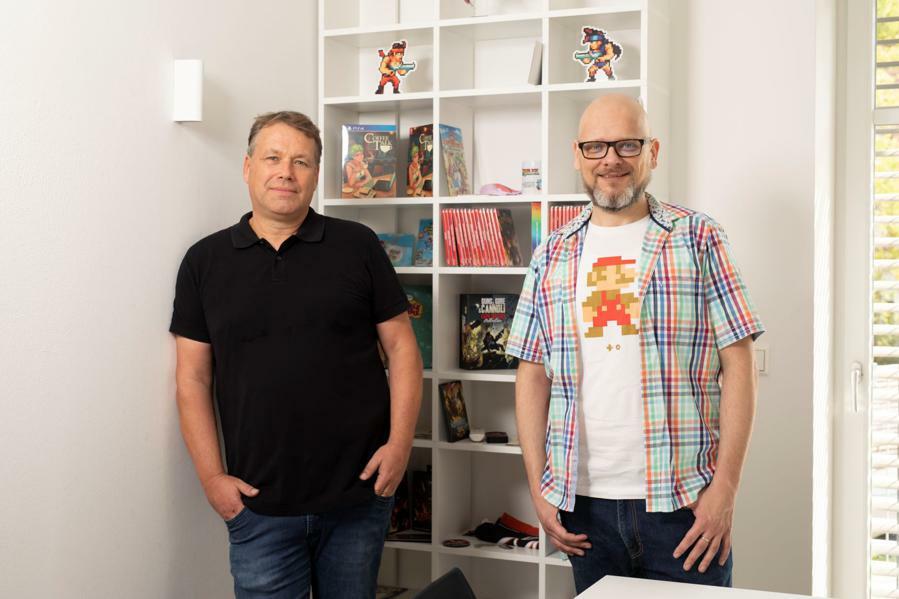 The retro gaming community is bigger than ever, and with the demand for classic titles at an all-time high, prices for old games are going through the roof. Just last month, a copy of Super Mario 64 sold for just over $1.5 million–leading to claims of market manipulation, and highlighting how access to yesteryear’s games is financially unviable for many.

Rather than force people to pay above the odds to experience past classics, German company United Games Entertainment (UGE) is re-releasing acclaimed games, while backing all-new titles that it believes meet the needs of the same demographic.

Founded in Stuttgart in 2010, UGE aims to capture the essence of old-school experiences through two subsidiaries; the first, Strictly Limited Games (SLG), republishes physical and digital versions of golden-age favorites on Nintendo Switch, PlayStation 4, and PS Vita. The company also maintains a focus on games that, for one reason or another, never got a full console release–including arcade-only titles, and experiences previously only available in Japan.

As a second string to its bow, UGE also operates ININ Games, which publishes “high-quality, feel-good retro and arcade games” that channel the spirit of the 80s and 90s, often under the banner of well-established and wildly popular IPs.

Its vision is clearly striking a chord with juggernauts of the industry, too; alongside its role as a publisher for Sega, UGE is now working in partnership with Japanese juggernaut Taito to bring its games to new consoles through both SLG and ININ, including blockbuster franchises like Space Invaders, Bubble Bobble, and Darius. More Taito releases are on their way–part of a 30-strong line-up of games from SLG and ININ before the end of 2021–and new partnerships may be on the horizon.

Dennis Mendel, who founded SLG alongside Benedict Braitsch and CEO of UGE Helmut Schmitz in 2017, says the Taito deal represents a high point for the young company. “I’ve been a huge fan of Taito since early childhood,” he explains, “so we feel deeply honored to be one of their partners, and we’re well aware of their fantastic heritage.”

Mendel’s passion for Japanese games is clear from SLG’s ever-growing back catalog–and it’s helping the company make a name for itself in Japan. While it’s one of several companies that publishes limited-run physical copies of old and new titles, SLG appears to focus on the spiritual home of gaming; its 2017 debut release Tokyo 42 set the tone for a line-up that now boasts Bubble Bobble 4 Friends, Space Invaders, Vasara, Cotton Reboot, Turrican, plus the soon-to-be-released Clockwork Aquario.

“Our titles are a carefully curated selection of games which, in our opinion, really need to be made available to the gamers,” Mendel explains. “These limited-edition releases have an exclusive touch to them as they are somewhat outside the mainstream, but still excellent.”

If anything, the biggest problem Mendel and the SLG team face is choosing which games to add to the company’s line-up. “There are so many wonderful games out there and it is next to impossible to publish all of them,” he says. “Just like with other art forms, what makes them so special lies in the eye of the beholder.”

While SLG pursues a subjective approach to acquisition, Mendel and his team focus on other important factors. “All our releases pursue the principle that Nolan Bushnell formulated with ‘easy to learn and difficult to master,’” he says. “As much as we enjoy playing modern games with huge open worlds and sandbox-style environments, all our games more or less rely on the same principles that were established in the early days of video games.”

As such, it isn’t strictly about the age of chosen games, rather the content, look, and feel of them. He says: “We love those titles that convey the spirit of the good old days–once you’ve popped in the disc or cartridge, you can jump immediately into the action, no matter whether you’re a super-experienced gamer or relatively new to it.

“Sometimes you just want the ‘pure’ game experience, without any additional flavors–just popping in the game and having some hours of fun, either alone or with some friends, without the need to follow long tutorials or remembering a plethora of buttons.”

Mendel praises his team’s abilities to faithfully port games, but bringing them to modern consoles is not a simple case of emulation. Alongside licensing issues, each game is modified for modern control schemes and the demand for trophies and achievements, as well as the introduction of features such as new game modes, plus “quality of life improvements” like rewind and quicksave.

“The person in charge of the port or emulation needs to love the game,” Mendel says. “For example, Clockwork Aquario took one year longer than expected due to missing graphics that had to be reconstructed together with the original dev team–but everybody involved was so excited about the game and its qualities that no one ever thought of giving up.”

In order to get many of its titles to a new or already appreciative audience, SLG regularly partners with ININ, which also stocks games in select stores. Such titles include Clockwork Aquario, which never saw an official release until now, despite having been created in the early 1990s by the Wonder Boy team.

“It could be said that ININ’s mission is to bring out games that are special,” Mendel says, “whether they’re a piece of video game history or brand-new titles from creative developers and artists. The one thing ININ titles have in common is that they’re very resistant to the passage of time–providing a lot of fun without being too complex, so they can be enjoyed by a lot of people regardless of their age.”

Through SLG and ININ, United Games Entertainment has big plans for the future, including plans to open an office in Japan, as well as the release of “one of the most beautiful 2D action games that never got released outside of arcades.” What’s more, Mendel has announced that new console platforms are actively being considered.

“We started with PlayStation Vita and PlayStation 4 and after the Switch came out, we received a lot of requests from our customers, so we happily added titles for this great platform to our portfolio,” he says. “For Xbox fans, we might have something special up our sleeves by the end of this year, right in time for Christmas.”