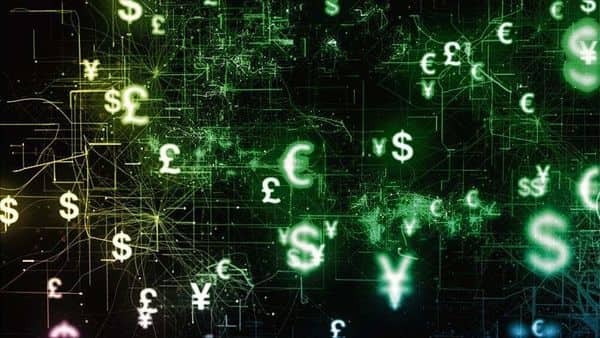 The latest buzzword in the world of digital money is ‘Model 3’, a moniker for information highways on which funds will zip from one country to another. Banks ought to worry. Their cross-border transfers are both too slow and too expensive for retail customers. Competing against a superior road, lenders might lose traffic—and $60 billion in fees.

The monetary authorities of Australia, Singapore, Malaysia and South Africa have come together with the Bank for International Settlements on Project Dunbar, which will explore the feasibility of a Model 3 expressway that can handle payments in multiple digital currencies.

Is this a pie in the sky? Digital currencies are coming, but they aren’t exactly here yet. Among major economies, China’s e-CNY plans are the most advanced. Other nations are mostly still at the design table, or running pilots. Electronic IOUs, which the general public can obtain via smartphones and other devices and spend just like cash—without needing a bank account—can enhance financial inclusion and ward off cryptocurrencies like Bitcoin. But these tokens will lack the complete anonymity of physical cash.

Even as officials weigh the conflicting demands of privacy and efficiency, they must also decide now how their country’s digital cash will interact with other nations’ tokens in the future. The BIS sees three options: Compatible standards, or Model 1; interlinked Model 2 networks; and a single Model 3 system handling multiple currencies—a money corridor with its own unified rulebook.

At present, there are no such international rules. Your neighbourhood bank probably has no presence in the country where you’re trying to send money. It has to hold idle balances with a large institution that also has an account with the central bank of the recipient nation. The intermediary has to meet country-specific rules around money inflows and outflows.

This inefficient system of correspondent banking will become redundant if your bank simply takes $100 from your account, converts it into your home country’s tokens, and cryptographically transfers them across the borders where they show up as $100 worth of digital cash in that nation’s currency.

In the background, the sender bank’s account with its monetary authority is debited; the recipient bank’s account, with a different central bank, gets credited. A single distributed ledger, capable of handling multiple currencies, settles the claims. Model 3 comes with inbuilt checks on money-laundering and a dedicated set of players jostling to offer foreign-exchange services at the best price.

Hong Kong and Thailand, together with China and the United Arab Emirates, are studying a bridging option for their digital currencies. Once several such expressways are in place, banks’ profit from opaquely priced currency conversions and fat fees may vanish from retail transfers.

Banks charge 6.4% on a $200 outward remittance, on average, according to World Bank data. Nigerian, South African and Thai banks have some of the highest fees globally, according to Moody’s Investors Service, which says wider adoption of central bank digital currencies (CBDCs) might shrink these fees “and would be credit negative for banks."

The Model 3 alternative may pose the biggest risk to the conventional money transfer business. But it’s also the most ambitious, and may require participating countries to jointly create a network operator. Usually, economies that want to transition to a single currency embrace such a high level of integration. That’s clearly not the goal here, and yet central banks are committing intellectual resources to dreaming up Model 3 pathways.

Separately, they’re considering a similar innovation for conventional electronic payments, which transfer liabilities of commercial banks and not IOUs of central monetary authorities.

In more than 60 countries, customers are now used to sending small sums at virtually zero cost from their bank accounts to one another and to merchants, knowing just a phone number or an email or after scanning a QR code.

What works well in domestic situations can also be made to go international with a unified rule book, the aim of the BIS’s Project Nexus. If that plan progresses beyond the blueprint stage, remittances and e-commerce may become a lot cheaper than now.

Project Dunbar or Nexus, the writing is on the wall. Cross-border transfers are about to enter the fast lane, with or without digital currencies. When it comes to protecting the toll they collect from traditional traffic, banks need to get ready for a hard fight that lies ahead.