Regional residents in NSW and Victoria headed for freedom 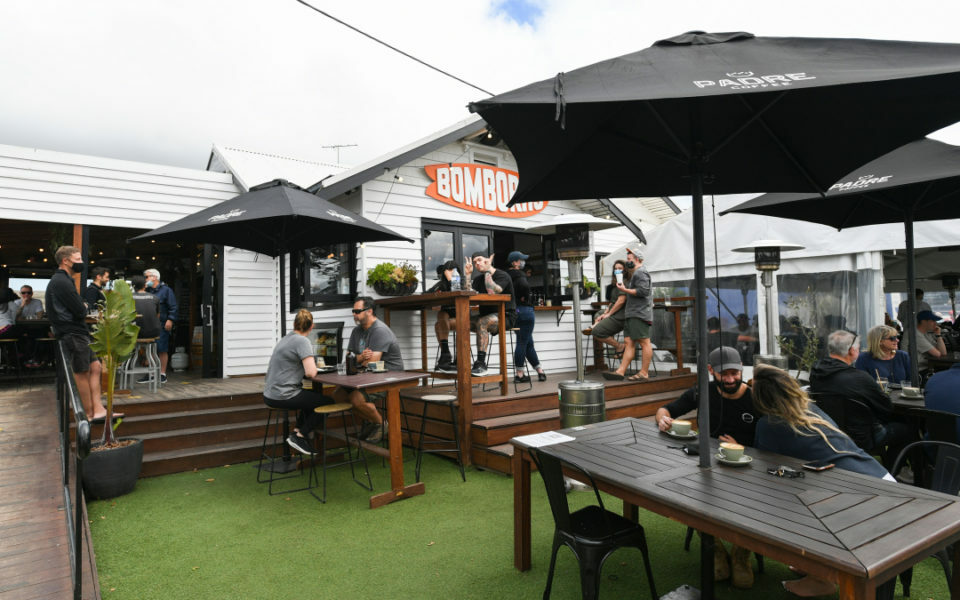 It’s happening: Millions of us are actually getting out of lockdown.

Regional Victorians – except those in Shepparton – will be relatively free from midnight Thursday.

It looks like some their NSW counterparts will follow suit by the weekend, with reports suggesting authorities will give the green light for reopening the mid-north coast and Riverina.

Well done. It hasn’t been easy staying at home but it’s clearly made a difference and it’s time to take what the Victorian government said are “safe steps” out of lockdown while many strict rules remain.

Continue to mask up. Then go out and raise a glass to your efforts – and hope everyone else can join you in the not too distant future.

Speaking of which, NSW leaders think they might be able to get more people back to pubs and cafes as soon as October 18.

Read on for more on that, and for all the other latest lockdown news.

A childcare centre in Truganina is among the new tier-one exposure sites announced late on Wednesday.

St Vincent’s Hospital in inner-city Fitzroy has also revealed its emergency department has been exposed, according to the ABC, but is yet to be officially listed.

New tier-two exposure sites include venues in regional Victoria. Despite that, plans are still going ahead to release millions of country people from lockdown.

Hundreds of police are headed for regional Victoria to keep Melburnians from fleeing when the lockdown ends for all country areas except Greater Shepparton at midnight Thursday.

About 200 officers will patrol the edges of Melbourne and Shepparton to ensure people do not leave locked-down areas.

Booze buses, random checkpoints, roving patrols and number plate recognition technology will be used to catch out rule-breakers, rather than the “ring of steel” approach adopted last year.

Victoria Police Deputy Commissioner Rick Nugent conceded some Melburnians might be tempted to try their luck, but warned they faced a $5452 fine.

“That’s a huge fine just for heading into the regional areas for a cafe meal, or a restaurant meal or a pub meal. So please don’t,” he said.

Five of Wednesday’s 221 cases in Victoria were in country regions – Moorabool, Mildura, the Latrobe Valley, Mitchell Shire and the Bellarine Peninsula.

Many post-lockdown restrictions will still apply in regional Victoria, including a maximum of 10 people allowed to dine inside hospitality businesses and 20 outside.

Some businesses have already decided the limits will make it unviable for them to reopen.

The Victorian government has confirmed fortnightly cash grants for lockdown-hit regional businesses will go ahead next week, before funding arrangements are reviewed for the next two-week block from September 17.

Meanwhile, police are trying to track down more worshippers who illegally gathered in south-east Melbourne to mark the Jewish new year holiday on Tuesday.

About 20 to 30 people from an ultra-Orthodox Jewish community attended the Ripponlea gathering but just six have been fined so far.

NSW residents will soon learn their path out of COVID-19 lockdown with the state government preparing to release its long-promised roadmap of freedoms.

Regional areas will be first to open up, with lockdown tipped to end in many parts of the state this week.

The ABC reports that the mid and north coasts of NSW, and the Riverina region in the south-west, will be freed on Friday.

Premier Gladys Berejiklian will reveal the details of the plan on Thursday after receiving sign-off from the state government’s crisis cabinet on Wednesday evening.

Greater Sydney has been locked down since June 26 as authorities battle the Delta strain of coronavirus, with the rest of the state joining the stay-at-home regime last month.

Ms Berejiklian has vowed that lockdown will begin easing once 70 per cent of the state’s over-16 population has received two doses of the vaccine.

With more than 75 per cent of NSW residents at least partly immunised against the virus, that threshold is expected to be met in mid-October.

Bars, restaurants and retail settings should reopen – with capacity limits – on October 18, according to a report in The Australian.

Some regional areas may trial aspects of reopening before that date.

Outdoor gatherings of up to five fully immunised people will be allowed from Monday outside hotspot areas.

The territory had 20 infections on Wednesday.

At least seven people were in the community for some of the time while infectious.

The ACT also became the first jurisdiction in Australia to crack an 80 per cent full vaccination for people aged in their 70s and older.

Slightly more than 72 per cent of over-50s are double-dosed, while 47.9 per cent of residents aged 16 and older are fully vaccinated.

Having a majority of Canberrans fully vaccinated is expected within days.

Mr Barr expects 95 per cent of residents aged 40 and older to have both doses in coming months.

Canberra’s twice-extended lockdown is scheduled to run until midnight on September 17.

But Mr Barr has warned restrictions cannot ease significantly without higher vaccination rates across the board.

“We are very acutely aware of the need to also consider the economic impacts, and the mental health and wellbeing impacts, that come from ongoing public health restrictions,” he said.

“To be as blunt as I can be, if the virus gets out of control in Canberra we will experience even greater health and economic challenges than we are right now.”

Government clinics have 75,000 first dose bookings lined up, with nearly 250,000 having received at least one dose of a vaccine.

Canberra has 231 active infections, 10 of which are in hospital including two in intensive care.