Regional Queensland helped deliver the Coalition its "miracle" victory at the 2019 election, but the Sunshine State has not been feeling as much love and attention from either major party leader this time around.

Scott Morrison and Anthony Albanese have darted across regional Queensland over the past six weeks, with both leaders making fleeting visits to Cairns twice to try to shore up votes.

Townsville and Rockhampton have also featured on the Prime Minister's busy itinerary, while the Labor leader made pit-stops in Bundaberg and Gladstone.

But CQUniversity political commentator Jacob Deem said there had been a "noticeable drop in emphasis" on Queensland compared to the 2019 election, when more knife-edge seats seemed up for the taking.

"There were a number of really marginal seats along that central Queensland coast — Capricornia, Flynn, even Dawson — that Labor thought they could pick up and so they spent a lot of time there," Dr Deem said.

"As it turned out, Labor did very badly and there was a heavy swing towards the LNP. They lost Herbert in Townsville as well."

Both leaders visited some locations multiple times, such was the intensity of the political fight.

But Bob Brown's Stop Adani convoy and Labor's perceived mixed messages on coal mining marginalised parts of some electorates and drove voters into the arms of the Liberal National Party.

Dr Deem said other electorates across the country were now taking centre stage.

"For this election, it's put those [Queensland] seats pretty much out of contention for the ALP. They can expect to win some ground back though," he said.

"Strategically there are other marginal seats in other parts of the country that they're choosing to spend their time on instead."

Both parties in it to win it

Deputy Prime Minister Barnaby Joyce has spent an extended period in regional Queensland, including the Easter long weekend in Gladstone, as well as making two other visits to the city during the campaign.

On a recent visit to Gladstone, Mr Joyce was blunt about the need for the Coalition to win seats in regional Queensland.

"You might be hellishly popular, with a massive popular vote. But you won't get enough seats to become the government."

Labor's deputy leader Richard Marles has not visited regional Queensland during the campaign, but he has visited Brisbane.

Despite the mammoth task in front of the ALP regarding the swings needed in the Sunshine State, senator Murray Watt said his party had "definitely not" given up on regional Queensland.

Dr Deem said climate change and mining were less of a flashpoint issue outside the major centres this election, which could also be why there was not as much emphasis particularly on regional Queensland.

"Both sides are much more hesitant to engage in debates around climate change and mining that were really prevalent in 2019," he said.

"Instead, what we're seeing is cost of living and health emerging as really key policy themes that the parties are doing battle over.

"I went on a deep listening tour of regional Queensland last year," she said.

"There was this kind of recognition that maybe the markets are changing, and things are changing really fast.

"People were really stressed about floods and coastal erosion, and extreme heat days in places like Mount Isa and Winton.

"People were recognising that things were changing."

But the Coalition has campaigned locally in central Queensland on climate change, claiming in pamphlets Labor's policy will cost regional jobs, in a similar message to the 2019 campaign.

Professor Harris Rimmer warns that for either party to form government, it is imperative they hold the seats they already have in Queensland.

For Labor, that includes marginal seats like Lilley and Blair in Brisbane, while for the Coalition it includes all of its regional seats.

"[2019] was still very tight that election, but it was the decisive swing over to the Coalition [in Queensland], so this is where the miracles happen," she said.

"I think, presumably, Scott Morrison is hoping to repeat that miracle by having had the campaign launch in Brisbane [on Sunday].

Mood on the ground

At a market in the Gladstone suburb of Tannum Sands days out from the election, polling day was the furthest thing from voters' minds.

But when asked by the ABC what their biggest issues were, voters raised several.

"House prices are the biggest issue for me," one man said.

"Everything seems to be going through the roof. People can't afford a house at the moment and there is no end to the way it's going."

One woman said COVID-19 restrictions would be impacting her vote, while the environment was a big issue for another voter.

"It's important we focus on the environment and we're not seeing that from the big political parties," he said.

"We need more policies and a vision forward about what we're going to do there."

Access to healthcare, childcare and telecommunications have also come up as major issues across regional Queensland.

Dr Deem said Queensland had a unique approach to politics, and personal reactions to politicians could result in larger swings than other states.

"We do see these big shifts in public opinion towards one side or the other," he said.

"What will be interesting will be the sort of ongoing effect of minor parties, especially the United Australia Party and Pauline Hanson's One Nation.

"Preferences from those minor parties did play a role last time around, almost invariably towards the LNP.

"This time, it's less consistent at the moment, trying to work out which way those preferences are going to be flowing."

For Professor Harris Rimmer, it is an unusual election.

"You know, it might be that once-safe seats are not safe anymore and that nobody's seen that coming.

"Especially when people are polling so early, it's actually quite hard to know how to read the election.

"I think it's going to be all over the shop this time. We'll see." 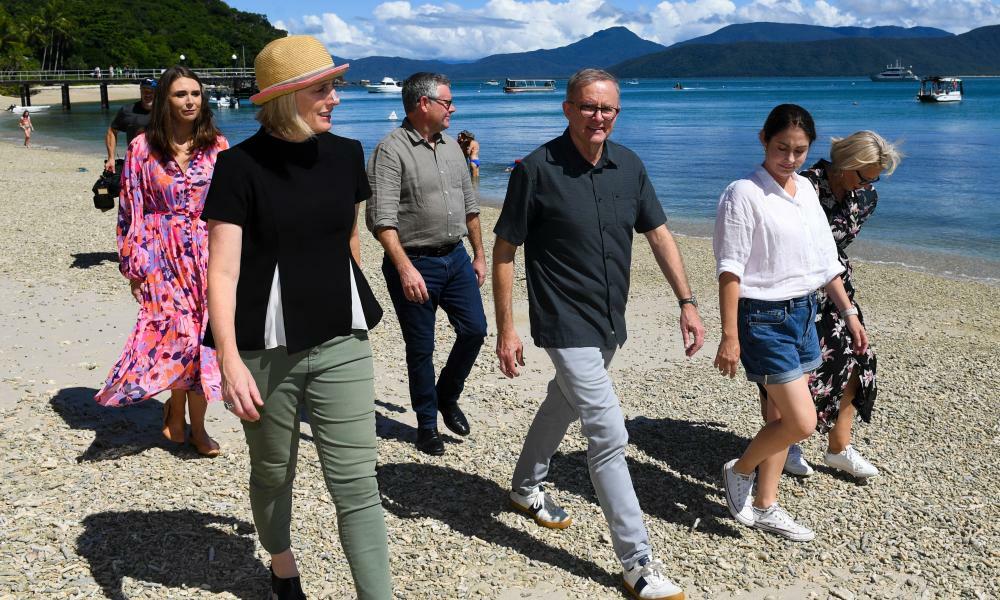 The federal election questions soon to be resolved in Queensland
Analysis: the state that has a history of favouring incumbents is facing a rightwing battle for the Senate and a…

The Guardian - AU
From analysis to the latest developments in health, read the most diverse news in one place.
How important is your state's vote this election? Antony Green takes a look

This election will be decided in marginal seats, but as we saw in 2019, the variation in state swings can…