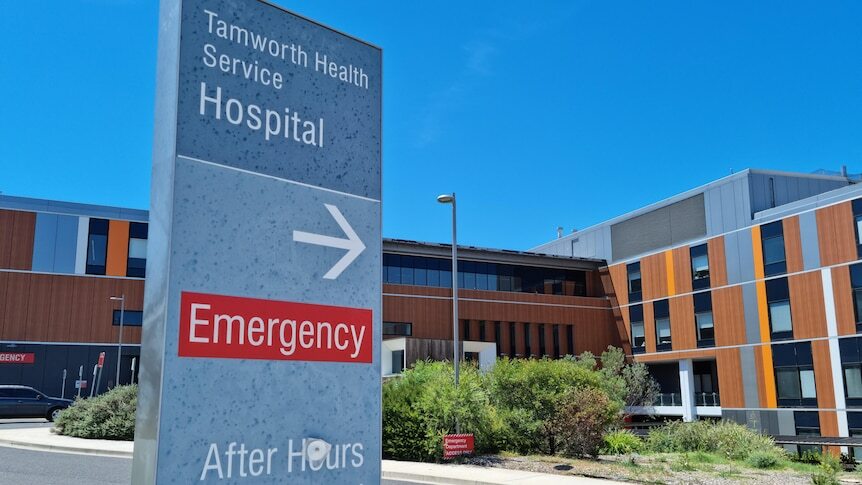 Nurses' representatives in regional NSW are worried unsustainable working conditions and the Omicron wave of COVID-19 will lead to an exodus of staff from the profession.

For some areas in regional NSW which managed to avoid the worst of the Delta outbreak, this is the first time a significant caseload has put pressure on the function of health services.

Jill Telfer, the Tamworth branch secretary of the NSW Nurses and Midwives' Association, said the latest wave had shed new light on a "dire" staff shortage at the hospital's emergency department, where it claims there are 19 nursing positions vacant.

"There's been no plan, it seems to get worse day by day," she said.

Ms Telfer said in recent weeks she had become aware of at least four staff who had either resigned or were looking for work elsewhere.

She said even before the region began recording record numbers of COVID cases, emergency department staff performed a combined total of 600 hours overtime during November.

"The staff that work there receive multiple texts a day saying: 'Can anyone work [extra hours]?'

In a statement, the Hunter New England Local Health District said it had taken a range of actions to strengthen the workforce.

David Quirk, the acting executive director of rural and regional services, said staff had been redeployed to the Tamworth emergency department from other departments within the hospital and other facilities in the district.

"We recognise and are deeply thankful for the outstanding commitment and tireless efforts of our excellent staff."

There are 101 cases of COVID being treated in the district, although it was unable to provide a hospital-by-hospital breakdown.

Associate Professor Judith Anderson from Charles Sturt University has recently completed a study into a global shortage of nurses.

She said there were insufficient numbers of people choosing to become nurses and a high number of people exiting the profession.

"We need to keep the nurses that we've got; we really need to make sure that we're supporting them with other staff if that's what's required," she said.